How Will ‘Finding Dory’ Measure Up to ‘Nemo’? 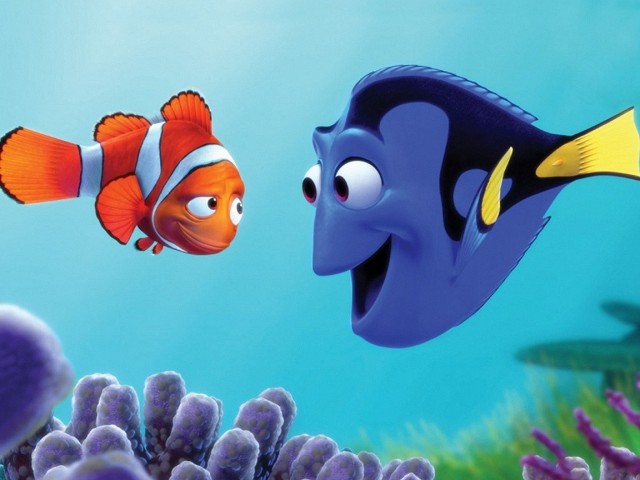 The upcoming sequel to Pixar’s beloved fish movie Finding Nemo, which is promised to focus on everyone’s favorite character from the first film, isn’t due out summer 2016, but Pixar President Jim Morris gave away some details about the movie’s plot at Comic Con Experience in Brazil last weekend. Finding Dory will be about the absent-minded blue fish voiced by Ellen DeGeneres who aided the main character’s search for his son in Finding Nemo.

According an article from the Brazilian news outlet Omelete, which was translated from Portuguese by The Hollywood Reporter, Morris said the film will mostly be set in the Marine Biology Institute of California, a rehabilitation facility for marine life, where Dory’s parents live. Dory discovers that she was born at the facility and released into the ocean as a baby, something she of course promptly forgot. Finding Dory takes place several months after the ending of Finding Nemo, at which point Dory is living with Marlin and Nemo. Dory’s urge to seek out her parents comes from watching a manta ray migration while accompanying the young Nemo on a school field trip.

Marlin and Nemo of course go with her on her adventure to California. Morris promised that some new characters will include sea lions, a whale, and an octopus, as well as Dory’s parents, voiced by Diane Keaton and Eugene Levy. The whale Bailey will be played by Ty Burrell.

Finding Nemo is one of Pixar’s most beloved films among both critics and audiences, a huge success for a studio that sets an incredibly high bar for itself. The movie has a 99% Fresh rating on Rotten Tomatoes and won the Academy Award for Best Animated Feature. It’s also the third highest-grossing G-rated movie of all time, according to Box Office Mojo, having made more than $380 million during its run in theaters.

Finding Dory will likely also be a big box office success, given the large fan base Finding Nemo has, but the bigger question is whether Pixar is going to pull off a successful sequel that audiences and critics will enjoy. Pixar’s track record with sequels to its films has been mixed. The Toy Story sequels have gotten great reviews, with Toy Story 2 netting an impressive 100% Fresh rating on Rotten Tomatoes and Toy Story 3 following with a 99% rating from the same review aggregating site.

The sequel to Cars was not as well-received, getting a measly 39% rating on the site, which indicates that it fell flat among critics. The first Cars movie was among Pixar’s least critically successful films, though, so given the success of Finding Nemo, the creative team involved stands a greater chance of creating a winning movie. Cars nabbed just a 74% Rotten Tomatoes score, with critics noting that while it was an enjoyable movie, the storytelling just didn’t stand up to other Pixar efforts.

The danger with Finding Dory seems to be a lack of the urgency found in the first film. In Finding Nemo, Marlin had to race to find his son Nemo, who’d been captured by a diver and taken to live in a fish tank in a dentist office. Along the way he met many kooky ocean characters, including Dory.

Finding Dory sounds almost like a road trip movie and could wind up being nothing more than an indulgence for fans who want to see more of the characters, rather than good storytelling. Of course, Morris wouldn’t have wanted to give away all the details about the film at a Comic Con event, so chances are Pixar has a lot more up its sleeve regarding the highly anticipated sequel to Finding Nemo.