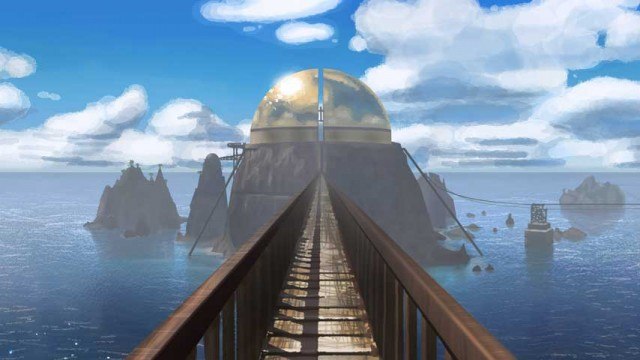 Hulu is taking on the video game genre with its next original show. The online video service has just landed Myst, a drama series based on Cyan Worlds’ classic 1990s adventure game.

Originally released in 1993, Myst allowed players to journey the interactive world of the mysterious eponymous island through the eyes of “Stranger.” The game was the biggest PC seller of the 1990s (until The Sims came out, in 2002) and eventually spawned a franchise with multiple sequels. Cyan Worlds continues to build upon the brand even now, more than 20 years after the game’s initial release. Last year, the company released realMyst: Masterpiece Edition. The video games’ success also led to three published novels in addition to soundtracks and a comic series.

According to Deadline, Legendary Television first acquired the rights to Myst last fall, and now, the game is well on its way to hitting the small screen. Like the game, the TV version of Myst will reportedly blend elements of sci-fi and fantasy. It will explore the origins of the titular island from the perspective of a man,\ who wakes up on the unknown destination with absolutely no idea who he is, where he is, or how he got there. It’s unclear whether the show will include plotlines from any of the franchise’s novels.

Divergent and Snow White and the Huntsman writer Evan Daugherty is set to pen the screenplay. Meanwhile, The Amazing Spider-Man and Sinister Six’s Matt Tolmach is also on board to produce. Hulu reportedly commissioned the script after the pitch was shopped around to several different buyers who expressed interest. As Deadline reports, the project was acquired with a script-to-series commitment attached, meaning it will automatically be picked up, should the screenplay get approved.

This marks only the latest get for Hulu, which has been taking on more high-profile original projects in recent days. Though the company has yet to establish itself as much of a force in original scripted content like Netflix or Amazon (which found a critical darling in its series Transparent last year and has another show from Woody Allen underway), it’s clear the service is looking to change that with new shows featuring big names.

Aside from Myst, Hulu has several notable series currently in development. Last year, it issued a straight-to-series pickup for Casual, a dysfunctional family comedy produced by Oscar-nominated director Jason Reitman (Up in the Air; Men, Women & Children) and starring Michaela Watkins (Trophy Wife).

Also on its upcoming slate of projects are the Amy Poehler-produced comedy Difficult People, which will star TV show host Billy Eichner, and the emotional family drama The Way, from Jason Katim (Parenthood). Perhaps the most ambitious project that Hulu has on the way is the thriller miniseries 11/22/63, based on Stephen King’s book of the same name. The upcoming show, starring James Franco and produced by famed director J.J. Abrams, has garnered lots of buzz, thanks to the notable names it has attached.

Hulu hasn’t commented on the series, so more specific details about the upcoming Myst have yet to be released. Viewers will have to stay tuned to see whether the adaptation moves forward and if it can draw longtime fans of the original video game to the show.