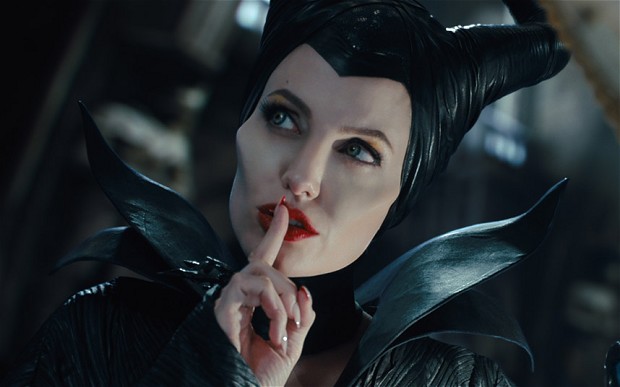 While hit movies like Maleficent and The Hunger Games: Mockingjay – Part 1 might make it seem like last year was a great time for women in film, with movies containing female protagonists raking in the dough at the box office, a new study from the Center for the Study of Women in Television and Film at San Diego State University has found the opposite to be true.

According to the study, which analyzed the 100 top-grossing films at the box office in 2014, the number of female protagonists has actually declined since 2002. This corresponds with the low number of women working in other roles in the film industry, especially as writers and directors. Without female filmmakers, women’s stories aren’t going to be told.

The study found that in 2014, women accounted for just 12% of the protagonists of the 100 top-grossing movies. That’s down 3 percentage points from 2013 and 4 percentage points from 2002. Meanwhile, 75% of protagonists were male and 13% were male-female ensembles. In terms of overall characters, there was a slight improvement, with females representing 29% of major characters and 30% of speaking characters. Those figures are even with 2013’s numbers and a slight improvement over those from 2002.

The highest-grossing movie of 2014 was the third Hunger Games installment, which features Jennifer Lawrence fighting to survive and lead a rebellion in a dystopian future society. According to Box Office Mojo, the movie made more than $335 million domestically during its run in theaters. A movie like that topping the box office can be misleading in terms of where women are in Hollywood.

While it’s good news that a franchise focused around a strong, fully clothed female lead like The Hunger Games is making so much money, the success of that franchise doesn’t mean that Hollywood has become a place of gender equality.

The study also found that when women did appear on screen, they were often exhibiting and reinforcing gender stereotypes. Women in the movies are often younger than men and more likely to be identified by roles related to their personal lives, such as wife or mother, than roles related to their professional lives. Meanwhile, male characters were more likely to be identified by work-related roles, like doctor or businessman.

While this information is a bit depressing, there are some areas that offer hope for improvement. The study found that female writers and directors include female characters more often in their movies, which makes sense, so encouraging female filmmakers is a way to close this gender gap.

In movies with at least one woman writer and/or director, females made up 39% of protagonists, while in films with all male writers and directors, females accounted for just 4% of protagonists. The more women there are behind the camera, the more realistic female characters there will be in front of it.

Another bit of good news is these high-performing franchises led by female characters. While The Hunger Games is almost completed, that franchise opened the door for the similar Divergent, the first film of which was the 19th highest-grossing movie of last year. That franchise’s star, Shailene Woodley, is set to become a new feminist icon similar to Lawrence.

Maleficent, the Angelina Jolie-starring fairy tale retelling, isn’t exactly part of a franchise, but its success as the eighth highest-grossing movie of the year has spurred a trend of retelling Disney’s classic animated fairy tales in live-action formats, often with female “princess” leads. The next one will be this spring’s Cinderella, and Disney has announced a live-action version of Beauty and the Beast starring Emma Watson.

These franchise-type movies offer opportunities for telling women’s stories in movies that have proven to earn money. Showing studios that films made by and about women can make money is the only way to turn around this problem of women being underrepresented in film.