Ice Cube Predicts Drake’s Future and He Might Be Right

With the release of his new album imminent, Drake is making headlines as part of a vicious feud with Pusha T. One particular diss track from Pusha T was so brutal, it made some wonder how Drake could possibly respond.

Now, Ice Cube is weighing in on the whole thing and on Drake’s career in general, and he has made a surprising assertion about his future. Here’s what Cube has to say about Drake’s career and why his prediction just might be right.

1. Drake and Pusha T have been feuding for years 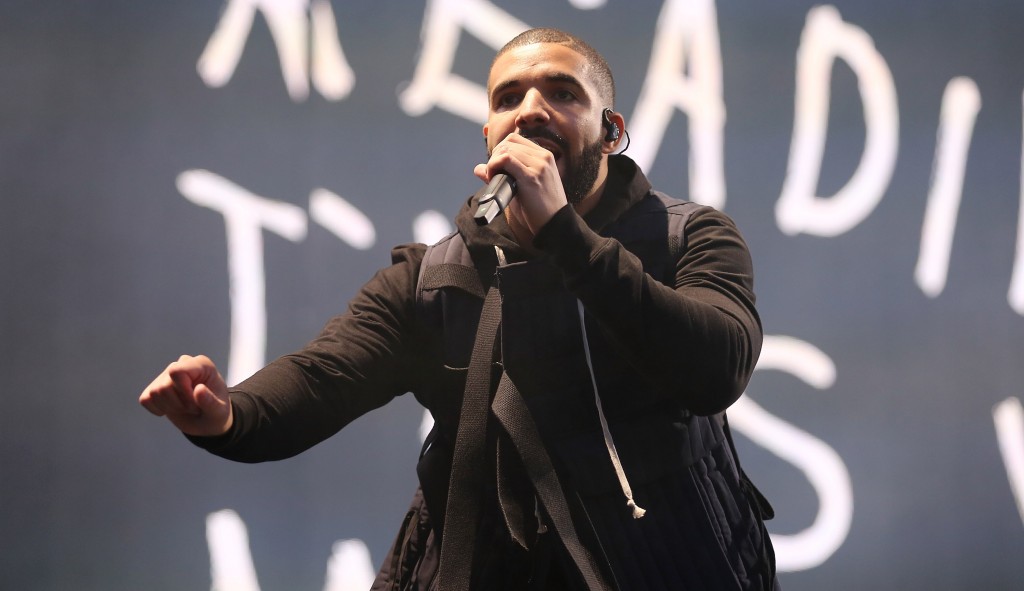 Drake and Pusha T have actually been feuding off and on for years now.

As reported by Esquire, this goes back to Pusha T seeming to refer to Drake in his song “Don’t F*ck with Me,” with a clearer call-out coming on “Exodus 23:1.” Drake responded on his song “Tuscan Leather (Nothing Was the Same),” in which he referred to Pusha as a bench player talking like a starter.

Things continued to escalate as the references became clearer and clearer. Drake eventually accused Pusha T of being inauthentic in a 2016 song.

Next: Things heat up. 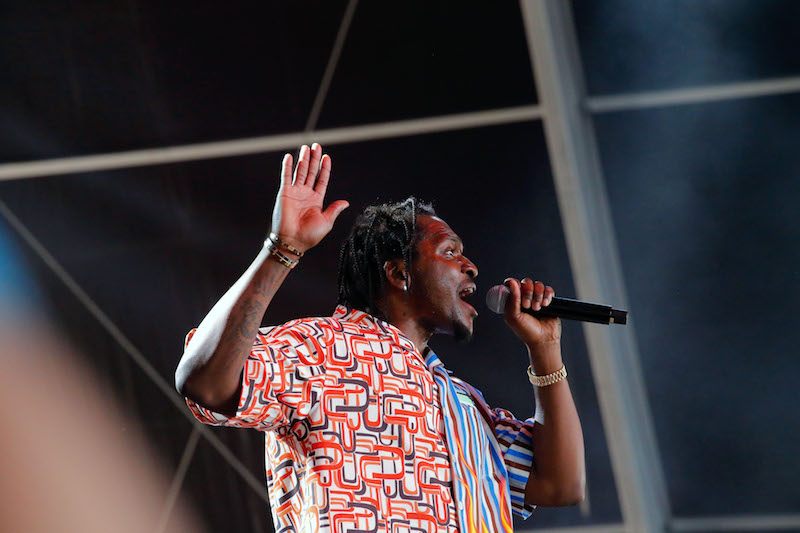 After dying down for a bit, the feud between Drake and Pusha T escalated in May 2018. In his new song “Infrared,”  Pusha T slams Drake for not writing his own songs.

Drake almost immediately responded with his own song, “Duppy Freestyle,” in which he says that Kanye West doesn’t write his own songs, either. Drake also mentioned Pusha T’s fiance Virginia Williams in the song; he claimed that Pusha T should send him an invoice because this diss track is going to boost his sales.

Next: It got dark fast. 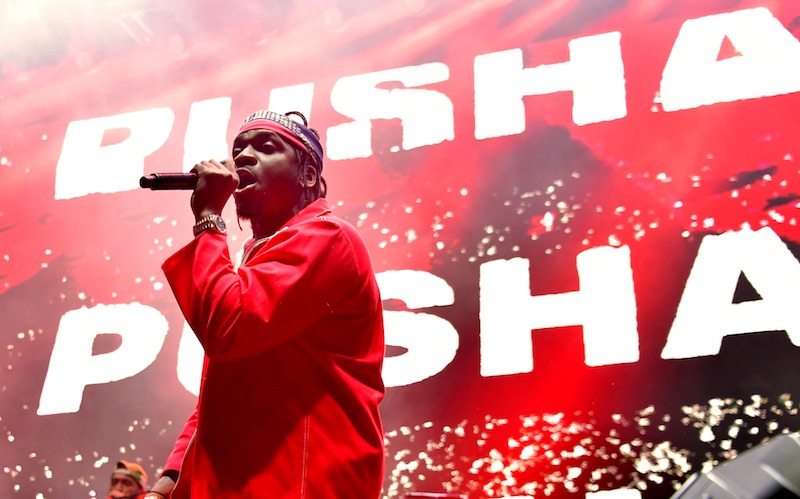 Pusha T soon dropped a new diss track called “The Story of Adidon,” and it was absolutely brutal.

In this song, Pusha T called out Drake for allegedly having a secret son who he has not been paying child support to. Pusha T subsequently said in an interview that Drake has plans to roll out a line of Adidas named after his son Adonis, which explains the lyric “Adonis is your son / And he deserves more than an Adidas press run.”

The cover of this new single was also an old photo of Drake in blackface, which sparked a lot of controversy and made Drake come out and try to explain himself. “The Story of Adidon” was so savage that some felt like he couldn’t possibly recover. Days went by and Drake did not respond other than with that statement about the blackface.

Next: Ice Cube weighs in with a bold statement 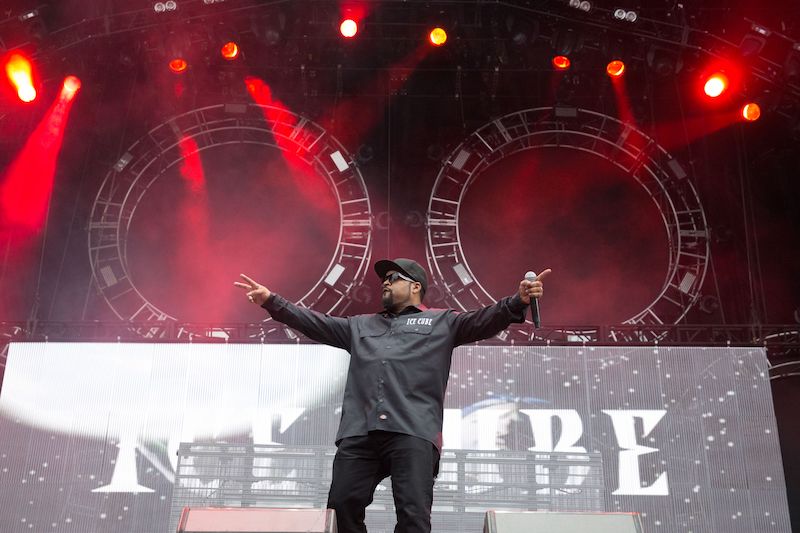 Recently, Ice Cube sat down with the Sana G Morning Show, and he weighed in on the Drake situation, saying he believes Drake’s time on top is coming to an end.

“He had a good run,” Cube said. This was a pretty bold statement, but Cube has a specific reason for believing this is the case.

Next: Cube’s reasoning for this statement

5. He says rappers only have about three years at the top 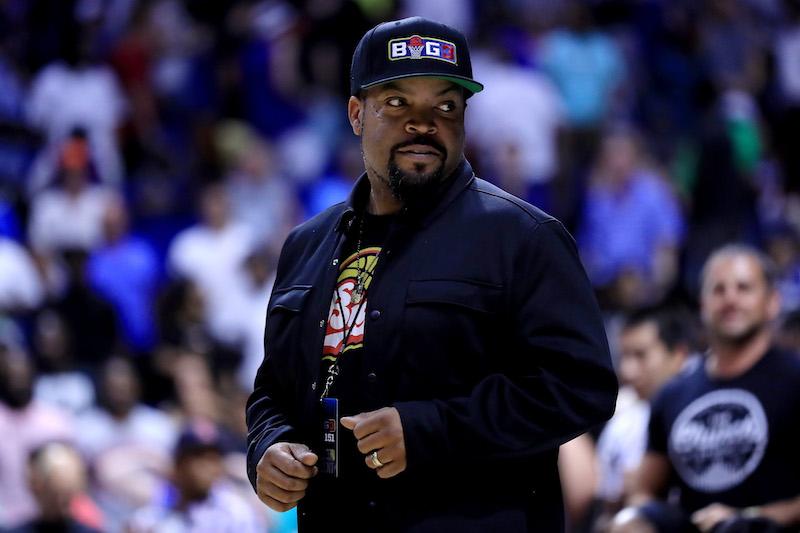 To be clear, Cube doesn’t think that Drake’s career is over. He just thinks his time at the very top is coming to a close and that this is the natural order of things.

He also said that now that Drake has had about three years on top, “everybody is looking for somebody else.”

Next: Cube weighs in specifically on the Pusha T beef.

6. He doesn’t think this beef is the reason why, though 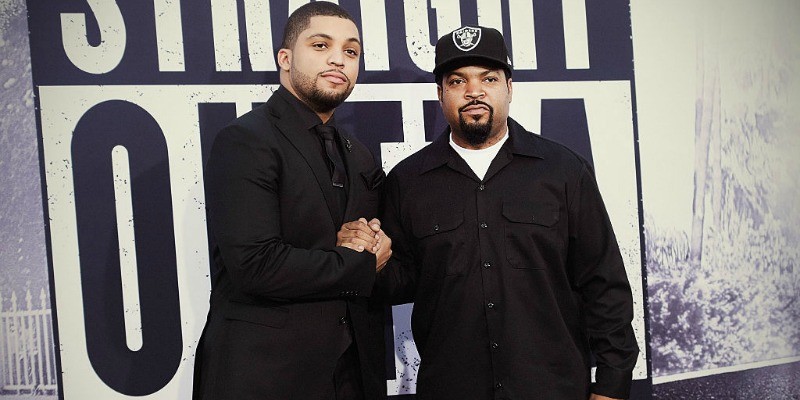 Cube doesn’t necessarily think the feud with Pusha T is what’s going to spark Drake’s fall from the top, though. “I don’t know if that did it,” he said. “I think it’s just, your reign becomes over. I think the audience has determined that more like.” Cube went on to say that you can own the airwaves for three years. Then, it’s time for somebody else.

Speaking specifically about the beef between Drake and Pusha T, Cube said his son has been keeping him updated on it. He didn’t seem familiar with all the details but did say it isn’t cool that Pusha talked about Drake’s mom and dad.

Next: Is Ice Cube right?

7. Could he be right about this?

So is Ice Cube right that Drake is going to start falling from the top? There has been some evidence to support Cube’s theory, and he points to a few examples, the first of which was Lil Wayne. Cube also mentioned T-Pain and himself as other rappers who spent a few years on top before the rap community moved on to somebody else.

Granted, based purely on the numbers, Drake is definitely still on top right now. But Cube seems to be predicting that this won’t last much longer, which could be the case, especially since album sales have been on the decline for even the world’s most famous artists.

Cube may also be referring less to album sales and more to who is the best in the game. In that case, many would argue that Kendrick Lamar has already surpassed Drake. Some would also say that Drake is now more of a pop star than a rap star, meaning his time at the top of the rap game has already ended.