If You Like ‘The Newsroom,’ Check Out These 7 Shows 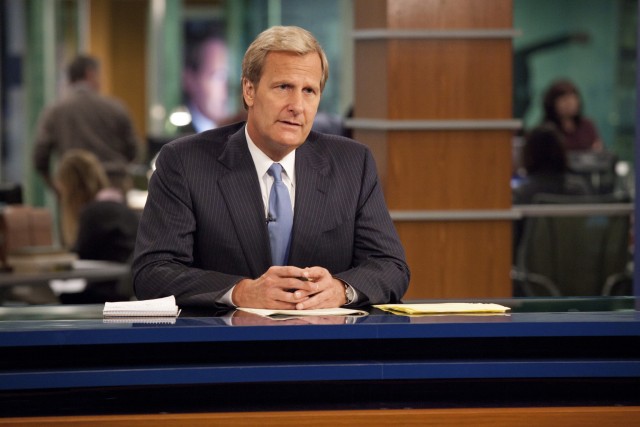 Aaron Sorkin’s network news inspired show The Newsroom is wrapping up after three seasons this fall. If you loved the show’s rapid-fire dialogue and grand speeches about journalistic integrity and the media, then you should try these other series after you’ve finished watching the personal and professional struggles of Jeff Daniels’s Will McAvoy and the rest of the staff of the fictional Atlantis Cable News. 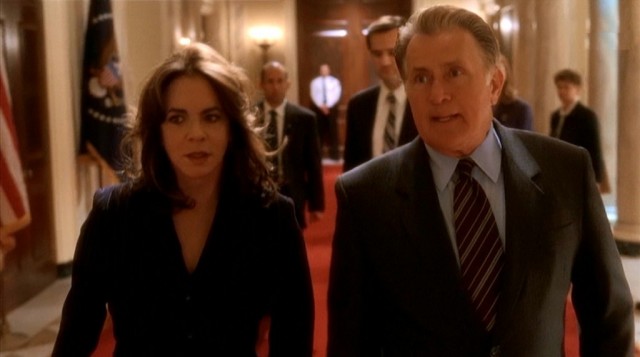 The obvious first place to start for Newsroom fans is to watch the show Aaron Sorkin is best known for if you haven’t already, The West Wing. The long-running series follows the fictional presidency of Josiah Bartlett, played by Martin Sheen, and the staff members who work with him in the west wing of the White House. The show got raves from television critics, former staff members of the White House, and was popular with audiences. The show ran for seven seasons between 1999 and 2006, and Sorkin wrote the first four seasons almost completely himself. The show gives a more positive, human side to politics and politicians. 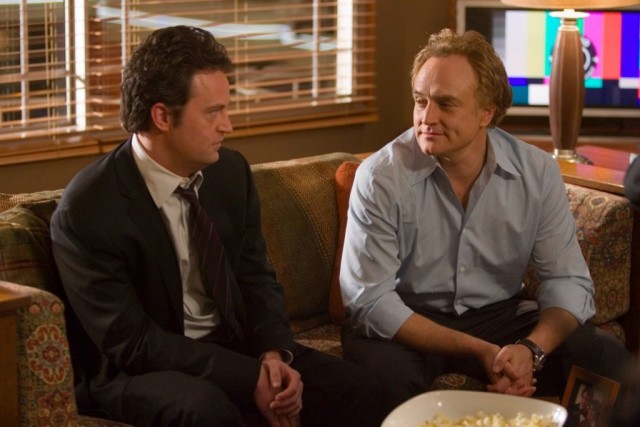 Studio 60 on the Sunset Strip

This is the only TV show from Sorkin to air for just one season, but, even though it’s a bit of a dud in his oeuvre, if you’re going to be a true Sorkin fan, you’ve got to get through all three of his shows. Studio 60 takes place behind the scenes of a variety sketch-comedy show similar to NBC’s Saturday Night Live. Matthew Perry, Amanda Peet, and Sarah Paulson starred on the short-lived series. If you’re looking for a fictional behind-the-scenes about SNL, 30 Rock is the obvious choice, but that doesn’t mean Studio 60 was terrible either. The fact that both 30 Rock and Studio 60 premiered on NBC during the same season and were about similar subject matter likely contributed to the network’s decision not to pick up the series for a second season, even though it got decent reviews, with a favorable 75 on Metacritic. 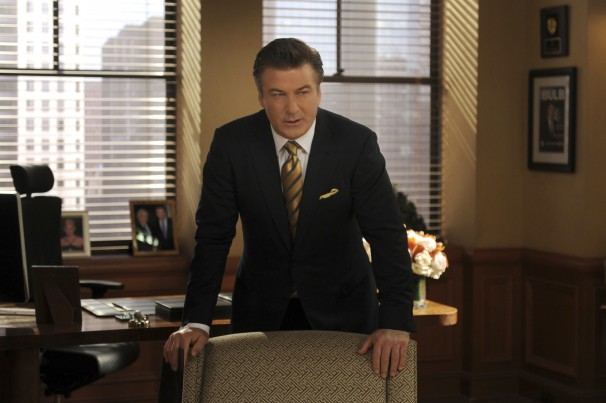 Speaking of 30 Rock, that comedy series from the hilarious SNL alum Tina Fey deserves a place on this list for also being about the struggles of network programming and having a show-within-a-show. Fey wrote and starred in this fictionalization of her days on SNL. She plays the dorky and socially awkward but hard-working Liz Lemon, who manages the variety show TGS with Tracy Jordan. While journalism is not a theme here, Lemon must contend with the desires of her network superiors and pressure to get better ratings. The writing here is also very fast-paced, with actors delivering Fey’s zany, absurd jokes so quickly you can hardly catch them. 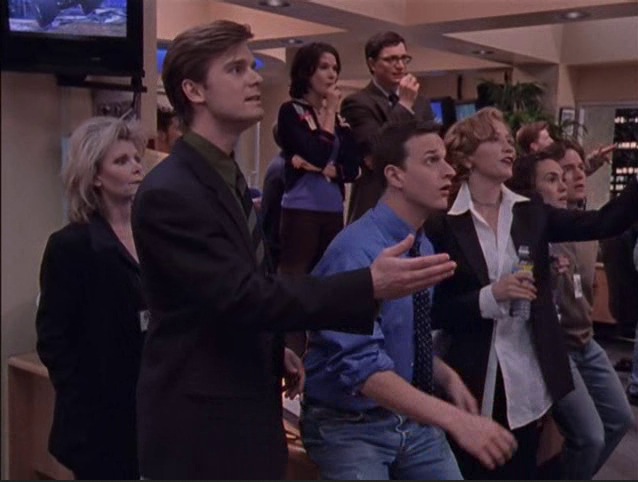 Sports Night is Sorkin’s first TV show, which ran on ABC for two seasons from 1998 to 2000. It’s an office drama about sports journalists working on a show very similar to ESPN’s SportsCenter. This show helped Sorkin develop many of the key elements found in his style, including his fast-paced, witty, intellectual banter and a technique known as “the walk and talk” where that dialogue is delivered while the actors are walking from one place to another. Some plot elements were recycled from Sports Night to be used in The West Wing. Similarly to The Newsroom, the journalists on Sports Night have to deal with problems like falling ratings, financial issues faced by their network, and interoffice relationships. 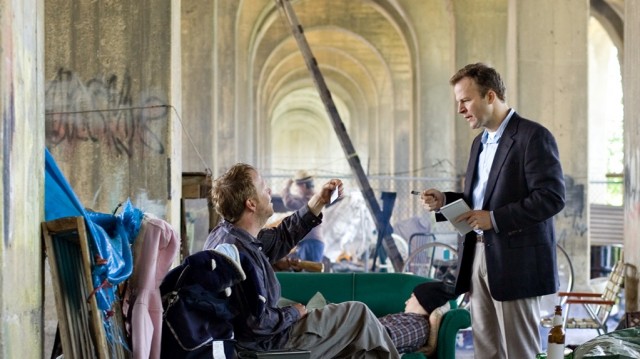 HBO’s gritty drama The Wire explores the darker side of Baltimore and is consistently called one of the most underrated shows of all time, being one of television’s great dramas that people never talk about. The show’s fifth season focuses on Baltimore’s print media through the newsroom of a fictional version of the newspaper The Baltimore Sun. The newspaper faces issues like budget cuts, staff cuts, and a decrease in the quality of reporting, all of which lead to improper coverage of important events happening in the city. 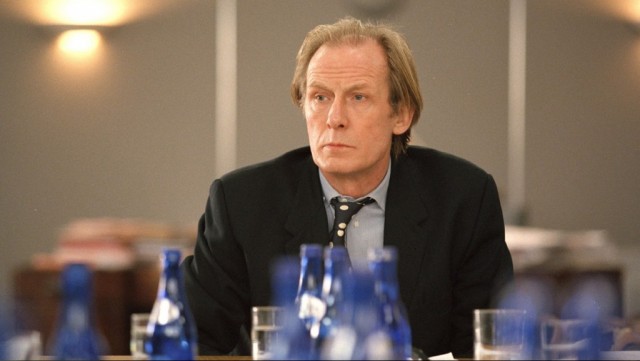 This six-part BBC series is considered to be one of the best shows ever made about a newsroom. John Simm, Kelly McDonald, and Bill Nighy work for the newspaper The Herald to investigate the drug-related murder of a young man and another, seemingly unrelated, death of a researcher working for a powerful Member of Parliament, played by David Morrissey. The lead journalist on the case has a previous friendship with the Member of Parliament connected to the murders and the journalists end up finding out that the deaths are related by a wide-reaching conspiracy.

The series got rave reviews, with one from The Guardian reading: “…it’s bloody magic. The story is gripping, the acting is ace and Paul Abbott’s script is outstanding. His ear for dialogue, and for different voices, is exceptional. The exposition is swift, nifty and joyously unclunky. The characters are credible and rounded. If you can count the best dramas of recent years on the fingers of both hands, it’s time to grow a new finger.”

Sex and the City

While most of the talk about Sex and the City focuses on the female comradery, the outfits, and the sex, journalism is also a central theme as main character Carrie Bradshaw is a culture critic and sex columnist for the fictional newspaper New York Star and the episodes’ narration is structured around her writing her weekly column. Carrie, played memorably through six seasons and two movies by Sarah Jessica Parker, gives sex and relationship advice to her readers while wading the tricky waters of being single and living in New York City herself. She also relates anecdotes from the relationships of her three close female friends.