If You Love ‘Below Deck,’ You’ll Be Obsessed with the New Bravo Show ‘Unanchored’

If you can’t get enough of Captain Lee and the crazy crew on Bravo’s hit show Below Deck, we have good news for you. Unanchored, the network’s new show about a group of friends working on a 56-foot catamaran in the Bahamas, premieres December 3.

Here’s everything we know so far about Unanchored.

It’s from the producers behind Vanderpump Rules

Unanchored is brought to you by Evolution Media, the same team of producers behind Vanderpump Rules. Viewers can expect SUR-like levels of drama among the group of nine friends who set sail on the high seas.

“We’re taking a lot of the same crew members, same people from Vanderpump Rules, and we’re doing this new show that’s all gonna be on the water,” Jeremiah Smith, a co-executive producer of Unanchored, told Bravo.

The cast are already friends

Unanchored isn’t throwing together a group of random strangers in the hope that some drama will emerge. Instead, the producers have gathered together a group of best friends to see if their relationships can survive three weeks together in close quarters. According to Bravo:

“[F]riendships are put to the test, long-distance couples are forced to see if their romance can survive 24/7 togetherness and fiery exes try to coexist peacefully during their voyage. Between hidden jealousies and buried secrets, there’s no shortage of drama with these friends as pent-up conflict between the crew finally comes to a head.”

The Unanchored crew will be attending BucketLust, an exclusive floating festival where 350 people and 35 catamarans sail to jaw-dropping spots in the Bahamas.

There’s sure to be drama among the crew 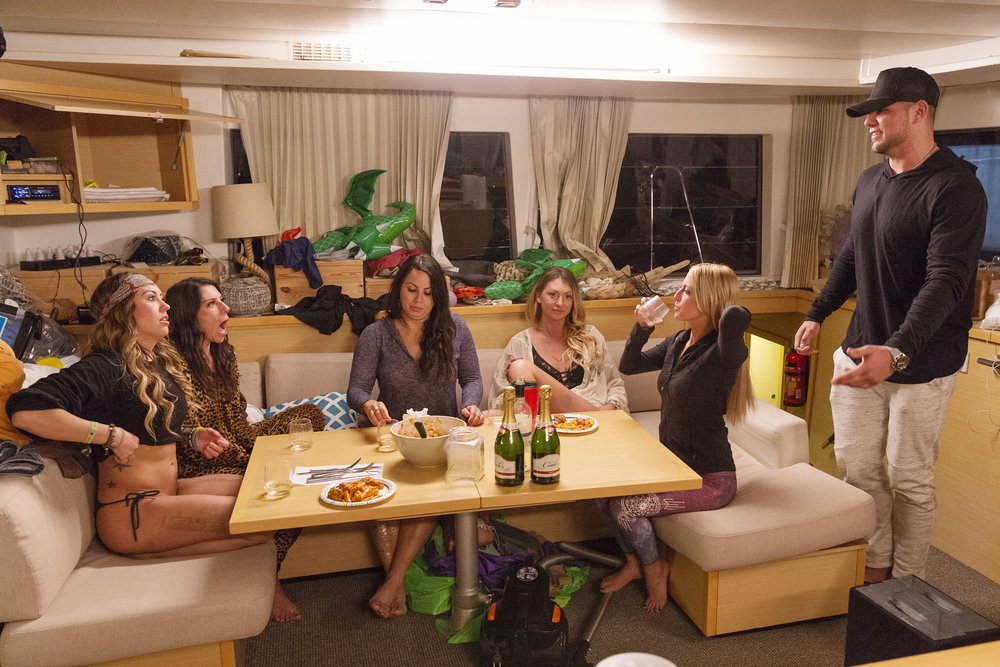 The Unanchored cast members all have histories with each other, which is sure to amp up the on-board drama. Here’s what we know about them so far:

Unanchored premieres Monday, December 3 at 10/9c on Bravo after the season premiere of Vanderpump Rules.