Iggy Azalea Picks Up Momentum With Song of the Summer Crown 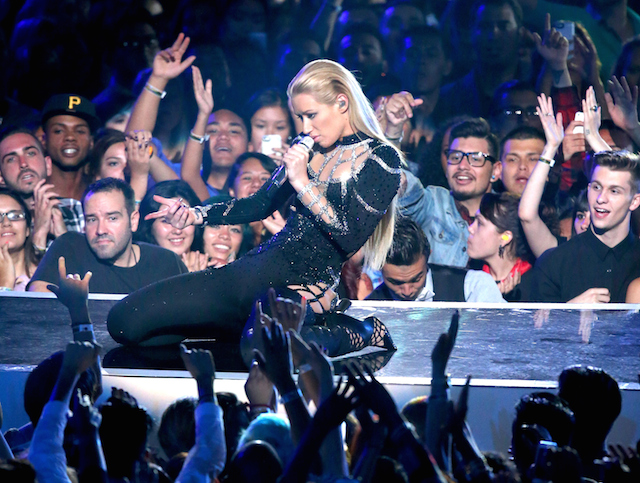 Whether you’re a fan of the single or not — or were at some point but are sick of hearing it now – Billboard has deemed Iggy Azalea’s “Fancy” its official Song of the Summer. Many had preemptively named the track, which features Charli XCX, the winner of that title during its seven-week reign at the top of the charts earlier in the season, and now it seems those predictions have finally come true.

Billboard’s annual ranking tracks the summer’s most popular songs by examining their collective performance on the weekly Billboard Hot 100 chart from Memorial Day (the unofficial start of summer) through Labor Day (the unofficial end of summer). “Fancy” first rose to the top of the Hot 100 on June 7 and managed to remain there for almost two months before getting dethroned by MAGIC!’s “Rude” in mid-July. Even after it was knocked out of the No. 1 spot, the single remained in the top five on the chart for another full six weeks – meaning she was in the top five for a total of 13 of the 14 weeks of summer that the Song of Summer chart tracks.

This is the second debut track from an artist to earn the title in the last three years. Carly Rae Jepsen’s catchy first single, “Call Me Maybe,” won the recognition in 2012 before Robin Thicke took the honor last year for “Blurred Lines,” his smash collaborative track with T.I and Pharrell. Per Billboard, it’s also the first Song of the Summer to “block all competitors from the weekly Songs of the Summer summit since Katy Perry’s ‘California Gurls,’ featuring Snoop Dogg, the winner for 2010.”

While Azalea’s “Fancy” dominated the charts for a huge portion of the summer, it wasn’t the only seemingly strong contender for the song of the season. After MAGIC!s “Rude” first knocked it out of the top spot, it continued to lead the list for six weeks, from mid-July into August. Meanwhile, Ariana Grande’s “Problem” — which also features Azalea — was hugely popular this summer, as well, but was unable to overcome “Fancy,” instead peaking at No. 2 for five weeks.

Azalea’s rise to success hasn’t been entirely smooth. The artist, who was mostly unknown before her first smash hit this summer, has drawn her fair share of criticism from both the public and other artists, who have called her “inauthentic.” Fellow female rapper Nikki Minaj seemed to diss Azalea during a recent awards show speech, when she purportedly hinted that the Australian rapper uses a ghostwriter for her verses (Minaj later denied she was referring to Azalea). Azalea’s mentor,  T.I., also had to publicly defend the singer after she fielded accusations of racism. More recently, rapper Lil Debbie challenged Azalea to make a hit solo single not featuring any other artists.

Still, Azalea doesn’t seem particularly bothered by any of the criticism. If anything, she seems determined to bank off her current momentum and continue to ride her wave of success far past just one Song of the Summer crown. This week, she took to social media to announce plans to release an expanded version of her debut album, The New Classic. The impending deluxe version will feature six new songs, as well as different cover art. One of the new tracks will reportedly feature U.K. singer Ellie Goulding, perhaps marking the next of Azalea’s widely successful collaborations. While the release date for the reworked version of the album hasn’t been revealed, it’s clear Azalea isn’t quite done making a statement just yet.