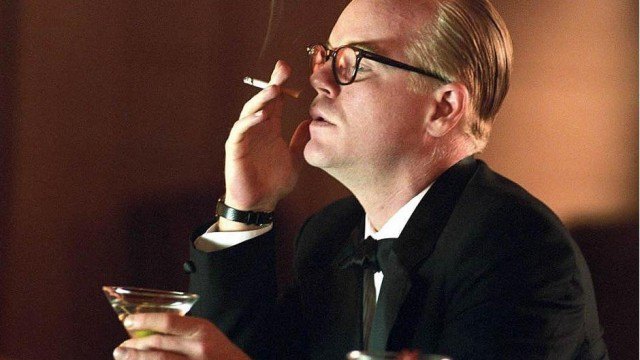 In Cold Blood is heading back to screen. The Weinstein Company has optioned the rights to Truman Capote’s 1966 bestselling novel, with the intention of adapting it into a television event series.

The novel, originally a four-part series in The New Yorker, took six years to complete and was published by Random House. It chronicles the story of the brutal 1959 murders of a Kansas farmer and his family. The book also details the impact that the killings had on both the community and the men who eventually were convicted of the crime, Dick Hickock and Perry Smith. Capote and his friend and fellow author Harper Lee (To Kill A Mockingbird) traveled to Kansas to interview both of the convicted killers, as well as the investigators and others involved. He eventually developed a friendship with both Hickock and Smith, an element that served as a major draw to readers during its debut. In Cold Blood is now the second-best-selling true crime book of all time.

The story has been adapted to screen several times before. It was first turned into a 1967 Richard Brooks-penned movie, starring Robert Blake and Scott Wilson as the killers. It was also made into a 1996 TV movie featuring Anthony Edwards and Eric Roberts. Most recently, the writing of the book served as the basis for two feature films: 2005’s critically acclaimed Capote, which earned Philip Seymour Hoffman a Best Actor Oscar for his portrayal of the author, and 2006’s Infamous, with Toby Jones playing Capote.

The Weinstein Company’s iteration will mark the first TV series treatment of the nonfiction book. According to Deadline, Becoming Jane scribe Kevin Hood is attached to write the script, with Gary Oldman and Douglas Urbanski’s Flying Studios (Tinker Tailor Soldier Spy) on board to produce the project.

“Truman Capote’s In Cold Blood has been riveting audiences since it first hit the literary scene almost 50 years ago, and it continues to have that same thrilling, timeless appeal today,” TWC president and COO David Glasser said in an announcement, per Deadline. “We are extremely excited to be partnering with Gary, Doug and the whole Flying Studios team to bring what’s sure to be an unbelievable series to TV viewers.”

The developing event series comes just as the true crime genre is experiencing a resurgence of sorts in the entertainment industry. Last year’s Serial, chronicling a 1999 murder in Baltimore, became the most downloaded podcast of the year and also the fastest podcast ever to reach 5 million downloads. Meanwhile, HBO’s six-part documentary series The Jinx, focusing on Robert Durst and his connection to three different murders, also drew a huge audience throughout its run, particularly after the real-life investigation into one of the killings was re-opened. With the genre continuing to prove popular among audiences, an In Cold Blood series may also have the potential to draw big interest.

Casting information and other specific details are not available as of now, as the project still early on in the development process. There is also no network attached to the event series just yet, although the potential show seems well-suited to a cable network or premium channel. An expected premiere date for the series has yet not been revealed.