Indie Video Games: 5 You Do Not Want to Miss 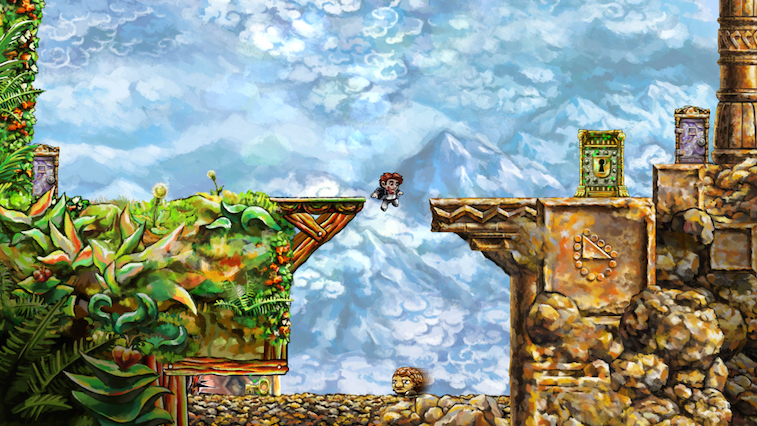 If you’ve played video games for the past decade you may have noticed there are a lot more independent games now than there used to be. What gives? And what are some of the standout indies you might want to play? I’m glad you asked.

There are two main reasons indie games have surged in popularity over the past few years: the collapse of the mid-tier game market and digital distribution. Over the past few years, many mid-tier studios like THQ have struggled as gamers began preferring (and pumping money into) either big AAA blockbusters or smaller bite-sized games.

Those smaller games were often made by independent studios and published digitally instead of being printed onto discs and shipped to retailers. Once gamers became comfortable with the idea of buying digital games, indie developers had a market of eager gamers looking for new experiences.

Which brings us to the best thing about indie games: they bring new ideas to the table. Since they’re made by small teams on smaller budgets, they can afford to take risks. They can try explore new ideas that may scare away a major developer like Electronic Arts or Ubisoft, which has to satisfy stock holders.

Here are five great indie games that are worth a look.

The game that brought indies into the spotlight for many gamers was Braid, a puzzle platformer about a well dressed little guy who can manipulate time. With its dreamy watercolor graphics, gorgeous classical score, and meditative interludes, Braid was unlike anything else on the market when it launched in 2008, and it continues to hold its power today.

It’s no accident that Super Meat Boy and Super Mario Bros. share the same initials. Team Meat, the makers of Super Meat Boy, wear their inspiration on their sleeves. The game is obviously inspired by classic NES platformers, but it has many modern twists that make it appeal to modern gamers of all stripes.

In it, you play as a character made of raw meat whose girlfriend has been captured by a villain (not unlike Princess Peach in Mario games). To save her, you must navigate incredibly challenging levels filled with spikes, saw blades, enemies, and even piles of salt — all of which kill you in a single hit.

It requires quick reflexes and lots of practice, but perseverance is rewarded. Helping matters along, you have unlimited lives and you respawn quickly when you die. Give this one a shot if you can handle a challenge.

Like many indie games, Her Story is the product of industry veterans who no longer work for big companies. The game’s director, Sam Barlow, is best known for his work on the cult classic Wii game Silent Hill: Shattered Memories, but that doesn’t mean Her Story plays like a standard game.

Instead a tightly guided tour through a digital world, Her Story leaves a lot for the player to figure out. When you load up the game, you see a computer screen showing a police database. Your job is to use the search field to enter words that will pull up full-motion video interviews. You quickly discover that the interviews revolve around a murder, and that the single interview subject seems to be hiding something.

Your job is to watch the videos, piece together all of the clues you find, and try to solve the crime. It’s thrilling stuff, and probably unlike anything you’ve played before.

Since Microsoft bought developer Mojang, Minecraft isn’t independent anymore, but it sure was when it took over the world and became the One Game to Rule Them All for an entire generation of gamers.

This game is so ubiquitous nowadays that if you own an electronic device with a screen, chances are you can play Minecraft on it. The game itself is kind of like an endless digital set of Legos. All you have to do is collect materials and you can use them to build whatever your heart desires, whether it’s an underground cavern or an entire city. Just watch out for the creepers.

Threes is a unique matching game that, like the best puzzle games, is easy to play but tough to master. It’s one of those games where you’ll feel really good about your high score until you look at the stratospheric scores on the leaderboards, at which point you’ll probably just curl into the fetal position and weep quietly all night.

What makes Threes stand out is its unexpected depth, its minimalist style, and its quick, mobile-friendly gameplay. Try it out if you like quick puzzle games.