Inside the Plans for Each ‘Star Wars’ Anthology Movie

Many of us were counting down the days until Star Wars: The Force Awakens. Now that it’s come and gone, there’s still plenty to look forward to in the new upcoming trilogy. There’s also far more past the plans for Episode VIII and Episode IX. Disney has gone all out in their efforts to reboot the franchise following their buyout of George Lucas. So far, we’ve had brand new expanded universe novels and comics, as well as a companion video game, Battlefront.

Even more important than all that though, are the studio’s plans to release a series of spinoffs, known formally as the Star Wars Anthology Series. As of now, we have various confirmation concerning three of these, with each taking place in the period of time between Revenge of the Sith and A New Hope. Each one will focus on a key event and/or character, armed with all the creative resources Disney has to offer. And so far, what we know of each one is more than enough to get excited for.

Designed to keep fans satisfied until the release of Episode VIII, Rogue One was first of the Anthology movies to hit theaters. The basic story follows a covert mission of Rebels intent on stealing the plans to the original Death Star. Gareth Edwards (Godzilla) is at the helm as director, with a cast rumored to be composed of Felicity Jones, Forest Whitaker, Ben Mendelsohn, Sam Claflin, and Diego Luna.

To top it all off, the film prominently featured Darth Vader, bringing back one at least one familiar face to guide us through a brand new cast of characters. For once, the central plot didn’t revolve around the light and dark side of the Force, instead focusing solely on military operations of the Rebel Alliance. It’s largely new territory for the saga, and set the tone well for the rest of the Anthology series. 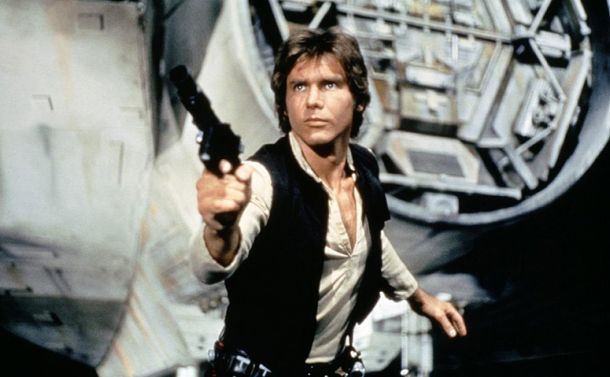 The most recent news concerning the Anthology series concerns what we now know will be a film focused on none other than our favorite scruffy-headed nerf-herder, Han Solo. LEGO Movie masterminds Phil Lord and Christopher Miller have apparently signed on to direct, making for an intriguing match between the comedic minds of the creative team, and the roguish and sometimes humorous Solo.

An open casting call for the lead led Disney to cast Alden Ehrenreich as the famed smuggler. Ehrenreich will be joined by Donald Glover as Lando Calrissian, while Emilia Clarke and Woody Harrelson are also on board in yet-to-be-revealed roles too.

[Update, 1/7/16: The events of the planned Han Solo movie will be set approximately 10 years before A New Hope, putting Solo somewhere in his late teens/early 20s.]

This particular project has already been on something of a rollercoaster, and that was before we knew the exact details on the main character. Originally, Josh Trank was tagged to direct, but was abruptly removed from the project following chatter from the set of Fantastic Four that he was something of a nightmare to work with for both actors and the studio. While a replacement director has yet to be named, Fett will likely be getting the prequel treatment, as we dive into the deep, dark underworld of bounty hunters and intergalactic crime.

Additionally, there’s been talk of Obi Wan Kenobi also getting his own film, with Ewan McGregor getting to reprise his role as the Jedi Master. This talk was further exacerbated when an apparently fake image began floating around detailing the plans for the two additional Anthologies to be called Fett/Solo and Kenobi: The Balance of the Force (now proven to not be real). We’ll of course update as more information comes in, but based on the information available, this is the current landscape. Stay tuned!

[Update, 12/2/16: A recent rumor claims that Lucasfilm was one teaser trailer away from unveiling their plans for a Boba Fett movie, only to reshuffle things after parting ways with director Josh Trank. You can read the story of the full saga here.]