‘Interstellar’ Is Stealing Jessica Chastain From a Better Movie 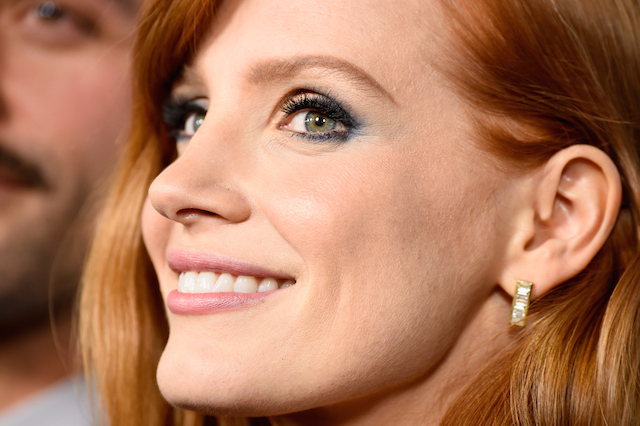 The acclaimed actress Jessica Chastain is currently starring in two films that are considered to be major awards contenders, the Christopher Nolan science fiction epic Interstellar and the independent Mafia family drama A Most Violent Year. The actress’s time now is being pulled in two different directions to promote the films for awards shows, as The New York Times has reported the actress is under a very strict contract that stipulates she can only promote Interstellar during the height of film awards mania between early October and early December.

Interstellar is undeniably the bigger movie. Christopher Nolan is one of the biggest directors in Hollywood and the film stars Matthew McConaughey, an actor whose mid-career renaissance has been so successful that he’s now pegged as an Oscar contender as soon as his name is attached to a project. Many are curious to see how he’ll follow up the incredible performances given in Dallas Buyers Club and the HBO series True Detective.

Interstellar is a sci-fi epic that see McConaughey playing an astronaut who must leave behind his children to find a new planet for humanity to inhabit while the Earth becomes increasingly desolate of natural resources. It’s Nolan’s ode to Kubrick’s 2001: A Space Odyssey. Chastain plays McConaughey’s adult daughter.

A Most Violent Year is set in New York City in 1981, a year that saw one of the city’s worst waves of violence and organized crime. Chastain plays the wife of star Oscar Isaac’s character, a man who’s used some less-than-scrupulous means to rise to the top of New York’s heating supply business and will do whatever it take to stay there.

The thing is, Interstellar isn’t getting as good reviews as A Most Violent Year. On the popular review aggregators Metacritic and Rotten Tomatoes, Interstellar has a 73 Metascore and a 71% Fresh rating respectively, indicating decent reviews but hardly the raves of an Oscar winner. Meanwhile, A Most Violent Year has an 81 Metascore and a current 100% Fresh rating on Rotten Tomatoes. Despite the raves, Variety predicted that the film is “almost certainly too dark and moody to connect with a broad mainstream public or make major awards-season waves.”

“In most of her roles to date, Chastain has been the ballsy, forward-pushing dynamo, and A Most Violent Year is no real exception. Though she’s not quite as well served as Isaac by the script, her Anna is around long enough for us to see that she’s every inch her father’s daughter, and far less religious than Abel when it comes to playing by the rules,” said Variety.

During her appearance at the premiere of A Most Violent Year at the AFI Fest, which NYT said would be one of her only appearances to promote the film, Chastain said she resents being forced to try and choose one movie over another. “Even when I had all those movies out in 2011, people wanted me to choose,” the actress told The Wrap. “Why? Don’t ask me to choose one of my movies over another. I will always support all my movies as much as I can.”

The Wrap said that while representatives and companies wouldn’t comment on the Times story, privately sources confirmed that Chastain is indeed being held to a restrictive contract regarding her promotion of Interstellar. The question now is, will those politics make what critics have deemed an inferior film succeed come awards time?