‘Into the Badlands’: Inside Episode 4 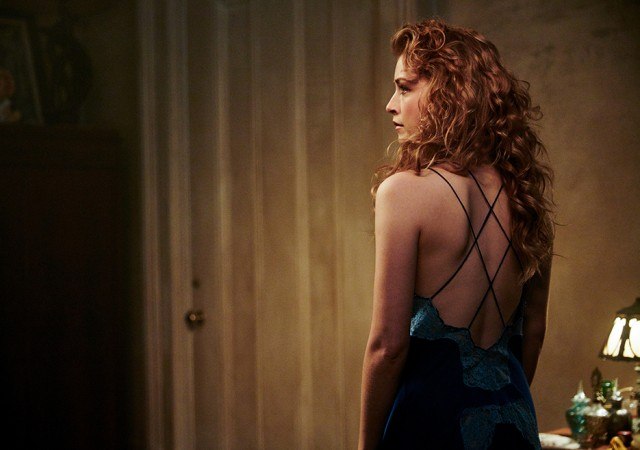 The previous assessment of Into the Badlands remains unchanged: It is one of the neatest and most evocative new shows out there in 2015. Alfred Gough and Miles Millar’s fourth episode, “Two Tigers Subdue Dragons,” is another case study in colorful, vitalized television; plus, the fight scenes are becoming more and more palatable. In fact, they’re impressive.

In “Two Tigers…” there is tremendous growth for the set of core characters, and even the minor ones. Gough and Millar frame the escalating conflict in a suggestive way — hinting at the war to come — but they are not too revelatory, either. That is, the incremental and still-proliferating plot-line make for a nice formula on the small screen. A few characters in particular have really begun to stand out: Quinn (Marton Csokas), Ryder (Oliver Stark), and “Tilda” (Ally Ioannides).

How can it be, you must ask, that the two main characters (at least the two…cleanlier characters) are not included in this exclusive list of compelling ItB figures? Well, that’s because they are still functionaries — just aiding the core narrative. The other characters, the more their colors are shown (and as long as their innards aren’t spilled), are emerging as cogent and irreplaceable.

In “Two Tigers,” Tilda shows that she can fend off even the strongest, and coercive, barons and regents, while Quinn displayed his will to live, and his unshakable drive to retain The Widow’s oil fields (she’s played by Emily Beecham). While Quinn is malicious, and acidic — corrupting almost anything he touches — he is still a dominant onscreen presence. It would be hard for the showrunners to pen a Quinn-less Badlands. As for Ryder, well, fans already know that he’s a bit shallow and impetuous (he gets it from his father), but the way he seals “backroom” deals is at least moderately impressive. If we were to guess, it may be safe to say he will butt heads with his father before the latter man succumbs (or beats) his terminal illness. 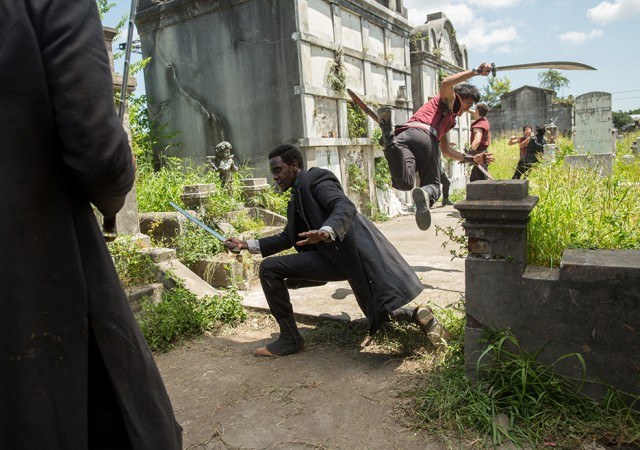 Delving even deeper into this ItB world of characterization, we’d be hard-pressed not to mention the minor characters who have poked out of their gopher holes, so to speak. These essentially new characters include Baron Jacobee (Edi Gathegi), The River King (Lance E. Nichols), Zypher (Ellen Hollman), and Waldo (Stephen Lang). The most memorable of the lot, at least in “Two Tigers,” is Baron Jacobee who, dressed elegantly for this (historical?) dystopia, takes up swords with Baron Quinn.

Jacobee is expounded slightly in Episode 4, and viewers learn that he inherited the title from his father, whom Quinn once knew. Jacobee also mentions that his father did not like Quinn. Jacobee does not fall too far from the tree, too. This sequence — set in a perfectly murky and forlorn cemetery — is one of the three most memorable scenes to date. (Tilda even gets involved in the havoc!)

All of this is to say that “Two Tigers” does a fine job at delineating characters and showing viewers what each one is capable of — for The Badlands is filled with an eclectic sort. The plot (expeditious and amusing this week), only trails behind the characterization by a hair. Kudos to Gough and Millar.

Click ahead for a more detailed plot synopsis of “Two Tigers Subdue Dragons.” 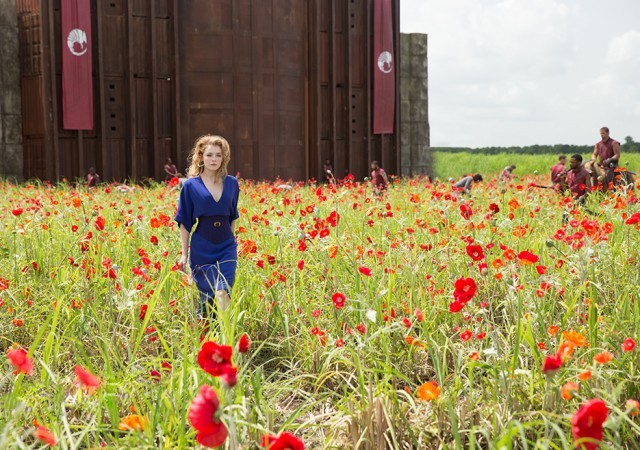 The episode begins as Tilda runs through a forest with blood smeared across her face, wearing a tarnished white dress. She pleads for help with a pair of warriors. As she baits them, The Widow and her girls finish them off. They plan to stage the scene as a Quinn-endorsed murder. She wants barons turning on barons so that she can claim exponential power.

As for M.K. (Aramis Knight) and Sunny (Daniel Wu), they endure a good amount in “Two Tigers.” Sunny continues to train M.K., who is becoming more and more confident in his fighting. In fact, he’s a bit brazen.

Sunny visits Waldo (Lang), asking about a way to escape The Badlands. Begrudgingly, Waldo passes along a favor owed to him by a man named The River King. He hands him a small army figurine that will act as a sort of identifier/token.

Quinn, in a discussion with Ryder, commands that his son meet with Zypher and Jacobee’s band of clippers. Ryder, initially defying his father, agrees. When he shows up in a shady meeting place, Zypher attempts to relay her orders at the young heir-apparent, but he does not fold so easily. He claims that he has terms for Jacobee. The meeting, however, seems to be on between Quinn and Jacobee.

Back at The Fort, Lydia (Orla Brady) begins an outwardly-cordial conversation with Jade (Sarah Bolger), who is set to marry Quinn, but who is also sleeping with Ryder. The omnipotent Lydia knows about Jade’s fling with her son, and warns her against it. The conversation makes Jade a bit unnerved about marrying Quinn; for she also finds out that Quinn had his last wife, Beatrice, killed out in a field of poppies.

As for Veil (Madeleine Mantock) — she’s now being coerced into helping Quinn and his terminal brain illness. She knows that she cannot do much, except for easing his death, but she doesn’t completely let on to this. 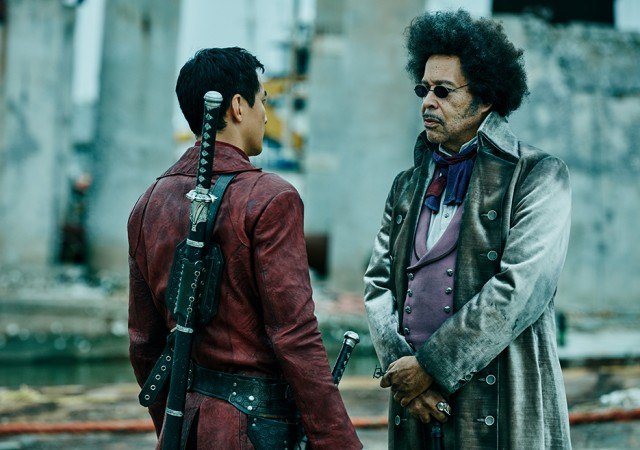 M.K., who eventually sheds a bit of blood, shows Sunny what he is capable of. Once he enters “the state,” he is impossible to contain. It is this power that The Widow wants to harness. Soon after, in the cemetery scene, Tilda also glimpses M.K.’s strange power; but she also becomes his counterbalance to this evil force. She is the “pure” thought that can bring him out of the trance.

With the meeting arranged with Jacobee, Sunny begins to mobilize the clippers. Soon, they are on their way to the parlay which Ryder had set up. Here, while everyone is on edge and jittery, Jacobee reveals himself and his distaste for Quinn. When a cloaked figure comes and attempts to kill Quinn (but fails), a battle of the barons ensues. In an extremely sanguine scene, Quinn may be on the verge of killing Jacobee when Sunny reveals that it was in fact The Widow behind the assassination attempt (Tilda threw the ax at Quinn). At this point, both parties lower their weapons and focus their ire on The Widow. When the group returns to The Fort, they find the fieldworkers killed. While they were out “gallivanting,” The Widow killed, or recruited, Quinn’s people. Most took the bait, for she offered gold.

When last viewers see Ryder, he is sealing a deal with The Widow and Zypher. He will comply with The Widow’s plan to dethrone Quinn, and in return Ryder will get to be the baron. Zypher will do the same with Jacobee.

Lastly, Sunny eventually strays off by himself in search of The River King. It is at a rusty wharf where he meets this profound figure (Nichols), who says he can help the regent clipper, and friends, out of The Badlands. However, there’s a cost: He’d have to kill the boy responsible for killing other workers The River King was transporting. As it turns out, that someone is M.K.!