‘Into the Dark’: The Meaning Behind All the Costumes in ‘The Body’ You Missed 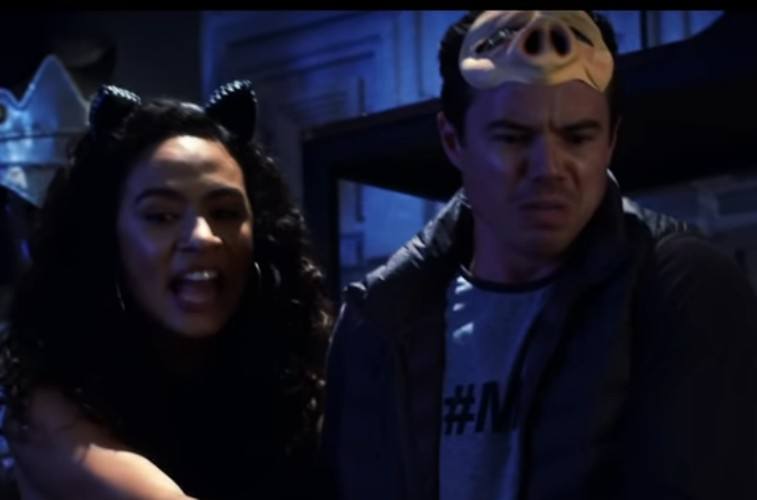 Hulu’s new horror anthology series, Into the Dark, will cover each holiday and it has appropriately started with Halloween in “The Body.” The episode was full of costumes and each character picked something different. So was there a reason behind that decision?

The Cheat Sheet decided to find out by asking co-writer Paul Fischer about the episode. He wrote in an email the reason behind what the main cast wore to celebrate the spooky holiday. 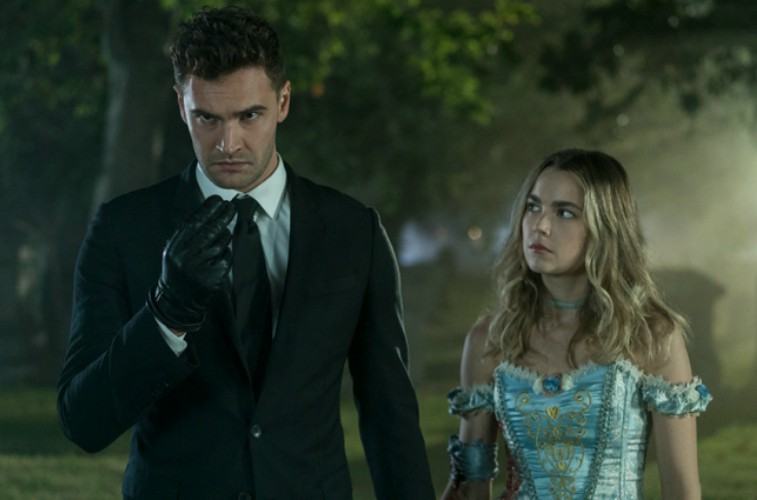 This one is less of a mystery since the episode starts with Wilkes after he has killed a mysterious victim. The hitman is in a full suit with a little blood on his face, which makes him stand out.

“Wilkes would be in a dark suit, work attire, because none of this is actually a ‘costume’ to him,” wrote Fischer to The Cheat Sheet “and I think I just liked the contrast between that and something as frivolous as an over-the-top Marie Antoinette costume, with the massive wig and the elaborate folds and layers.”

Everyone else’s costume is about that character’s traits

Maggie’s Marie Antoinette costume isn’t the only one to contrast with what Wilkes is wearing. Nick (Harvey Guillen) wears steampunk goggles on his head, Alan (David Hull) has a half pig mask, Dorothy (Aurora Perrineau) is a cat, and Jack (Ray Santiago) is Hannibal Lecter. All of these costumes also show something about the characters.

“Every other character’s costume grew to express something about them or about the story,” wrote Fischer “Alan’s costume kind of speaks to his lack of self-awareness and to the bro in him, for instance.”

But the co-writer also explained Maggie’s costume of dressing up like the Queen of France further. He continued, “we realized very quickly that sticking with Marie Antoinette could help us get some things across about who she is: smart, well-read, feminist, but also, at least as the story starts, still at this place where she’s trying to translate all of that into coherent action, and where she’s still kind of stuck in a world of half-measures and playing the game as opposed to fully challenging its rules.”

So the costumes give a little more insight into all of the characters’ personalities. They also serve as some inspiration for viewers to start thinking about their own Halloween costumes later this month.