While the Marvel Cinematic Universe deals with the events of Avengers: Infinity War, the Marvel Netflix Universe is well into its second phase after the events of The Defenders. The second season of Jessica Jones was a hit, Luke Cage Season 2 is set to release in the summer of 2018, and later, the third season of Daredevil. But there has also been news around Iron Fist‘s eventual second season.

Iron Fist was the last of the four main Marvel characters on Netflix, following the previously listed three characters before teaming up to form The Defenders. Danny Rand proved to be frustrating and often annoying as a character, and the result was a first season that struggled to garner interest among viewers. But things appear to be different for Season 2. Let’s take a look at what went wrong in Season 1 and some of the major changes coming to Iron Fist in its sophomore season.

The not-so-stellar reviews of Season 1

The first season of Iron Fist wasn’t very good. It was a slog to get through, often with filler episodes, bland dialogue, and (mostly) characters that you don’t really feel any emotion for. That goes double for Rand, who is the uncharismatic lead character. This isn’t just one person’s opinion, either.

The site Metacritic pulls together reviews from around the internet to give a cumulative score on film and TV, and Iron Fist was dramatically bad. If you need more than that, here is what Entertainment Weekly wrote of Season 1.

Iron Fist — devoid of vision, lacking in executional chops — barely even tries. It assumes its own marvelousness and proceeds tediously from there, offering few satisfactions for any possible audience. The media was only given six of the season’s 13 episodes for review, but I was snoozing after two and ready to check out after three. This is yellow belt drama that deserves to flunk out of the TV dojo.

One of the main weaknesses of Iron Fist was Rand, who might have been one of the coolest Marvel superheroes had they written him to be even slightest bit interesting. But there is reason to hope for Season 2.

Next: What happened with The Defenders

The Defenders was different

After seeing Iron Fist, most fans probably cringed at the thought of Rand being put on screen with so many more dynamic characters. And although Danny still wasn’t the most compelling character in The Defenders, there was a positive difference. His on-screen chemistry — or, negative chemistry — with Luke was present in every scene they appeared in together. The fact that this billionaire ninja gets to skate on his white privilege was no longer a flaw in the writing, but a carefully crafted point to be made.

As far as the seasons of Marvel entertainment on Netflix, The Defenders might be the second-worst thing produced — trailing only Season 1 of Iron Fist, but by a large margin. The story of the Hand was extremely tired, having woven its way into three separate series. But there were plenty of good things about The Defenders, and one of them was that Rand showed some depth as a character.

Next: A major production change

One of the big changes for Season 2 of Iron Fist is that the Season 1 showrunner, Scott Buck, has moved on. Buck left Iron Fist to work in a similar role on Marvel’s Inhumans, which was critically panned and subsequently canceled by ABC. Although Buck was a producer on the cult HBO hit Six Feet Under, his other credits in the drama category are less inspiring.

Beyond Season 1 of Iron Fist, Buck is best known for being the executive producer of Seasons 4-8 of the Showtime drama, Dexter. Although the serial-killer thriller has been praised as unique and one of the best original shows the network has created, there was a major decline in the quality of the storytelling over the final four years.

That can’t be all placed on Buck, but with Season 1 of Iron Fist and Inhumans, it’s easy to see that he might have been part of the problem.

Next: The new showrunner

In bringing in a new showrunner for Season 2, Iron Fist created some uncertainty. Although Raven Metzner doesn’t have the cringe-worthy track record of Buck, there isn’t a long list of major successes in his background either. Metzner was the executive producer of Sleepy Hollow from 2014-16, and had various roles on now-defunct shows like What About Brian, Six Degrees, and Falling Skies.

“Raven’s love of all things Iron Fist and his extensive knowledge of martial arts films made him the perfect choice to continue telling the adventures of Danny Rand and Colleen Wing,” said Marvel executive Jeph Loeb. “Season 1 and The Defenders are only the beginning of this fantastic action packed tale.”

Metzner also was one of three writers on the notable 2005 flop Elektra, starring Jennifer Garner. But that was also one of his very first big writing gigs, and it has also been 13 years. One thing that makes Metzner particularly interesting for Iron Fist is his martial arts knowledge, which could bring a much-needed jolt to the style and entertainment value of the fighting in Season 2.

Next: What has the show’s star excited

‘Unlike anything seen before’

Actor Finn Jones (Rand) drummed up some of the excitement about Season 2, specifically by dropping an interesting message on his personal Instagram account. Here is what Jones had to say:

alright, It’s 4.37am and after an incredible, long and physical 7 month winter shoot in NY, we have wrapped! It’s gonna be so weird not seeing all your faces day after day, I’m really gonna miss you all – Greatful to everyone involved, we came at this season with fierce ambition, relentless work ethic, passion and optimism. I think the story we’ve told and the journey the characters have been on this season is unlike anything seen before. I’m proud, exhausted, but above all, ready for all of our hard work to be enjoyed across the world. Congratulations and Thank You!

Jones’ inability to correctly spell ‘grateful’ aside, the actor referring to Season 2 as “unlike anything seen before” is enough to make you turn your head. No doubt, Jones wants to help create as much interest in the show as possible and is biased in his judgment of its value.

But given the change in showrunner — and the general success of the other Marvel shows on Netflix — it’s easy to be optimistic.

Simone Missick’s Misty Knight is confirmed to be appearing in Season 2 of Iron Fist, crossing over her role from Luke Cage and The Defenders. Last we saw, Knight lost her arm during the battle with the Hand. But in the trailer for Season 2 of Luke Cage it appears that she’s about to get a really badass robotic arm. It’s even hinted that she may become Cage’s hero-but-not-a-hero sidekick.

Loeb has teased that Knight’s role in the season will be to team up in some way with Jessica Henwick’s Colleen Wing, and that’s extremely good news. For those that have watched all of these shows religiously, Wing and Knight are two of the most popular and interesting characters.

In addition, actress Alice Eve has been added to the cast, although not much is known about her character. Eve is best known for Star Trek Into Darkness, Before We Go, and She’s Out of My League.

Next: Danny teams up with another Defender. 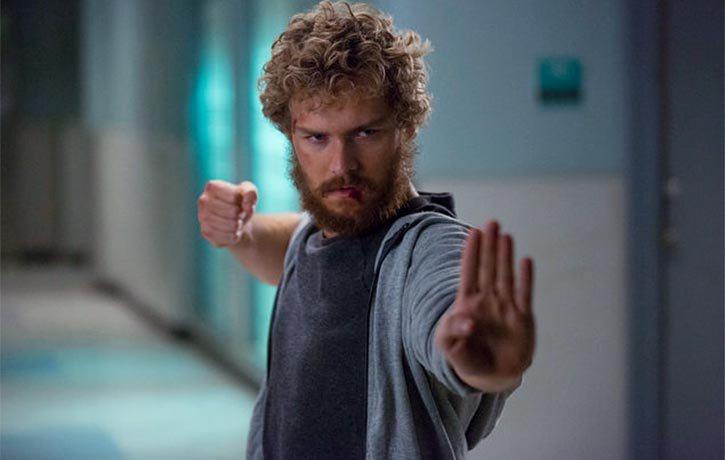 It appears that Danny Rand will also join forces with another Defender in Season 2 of Luke Cage. Although extra details are scarce as to how Rand fits into the plot, here is what we do know about what the cameo is all about (from comicbook.com).

As for Iron Fist: apparently Danny Rand’s “brief” appearance in season 2 won’t just be a fan-service team-up for a brief mission; Danny will actually be teaching Luke a thing or two. According to showrunner Cheo Hodari Coker: “Danny helps Luke channel his chi,” which will presumably help Luke develop the ue of his powers into a much more effective form of combat offense and defense.

The character chemistry between Rand and Cage in The Defenders was strong, especially in the way these two very polar opposites learned to get along and work together. Pairing them up again, even in a short cameo for Rand in Luke Cage, makes a whole lot of sense. It further develops a character that left us pretty disappointed after Season 1 of Iron Fist.