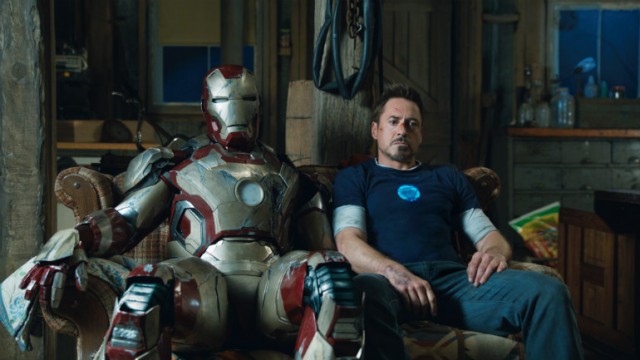 Robert Downey Jr. has softened his stance recently on whether he would be willing to return for a fourth Iron Man film, something that has Marvel fans and the many who love his fun interpretation of the character Tony Stark and Marvel’s head honchos all excited. The actor has been out promoting his new film with Robert Duval, The Judge, but predictably has been fielding many questions about the future of the lucrative and beloved Marvel franchise that he’s led since 2008.

Up until this week, the actor has always said that he would not be interested in doing a fourth installment in the Iron Man franchise, though he has signed on for a third Avengers film and will probably make cameos in other Marvel movies. The three Iron Man movies have raked in billions at the box office to become one of the most financially successful film franchises of all time.

Downey has joked in the past that he would only do Iron Man 4 if his friend Mel Gibson were chosen to direct it. Gibson helped Downey restart his Hollywood career after the actor struggled with drug addiction for many years, was arrested multiple times, and finally got clean. Downey has said he sees Iron Man 4 as an opportunity for him to return the favor for Gibson, who’s been ostracized in Hollywood due to his own previous erratic behavior and anti-Semitic comments. “Nobody should make a case for somebody who just wants forgiveness but hasn’t changed, but he’s a fundamentally different guy,” Downey told Deadline of why Gibson deserves a similar second chance to the one he himself was given.

But those comments were made in a joking and wishful thinking sort of manner, as Downey knows all too well that Disney and Marvel wouldn’t put the cash cow that is the Iron Man franchise into the hands of an untrustworthy or unpopular director.

In that Deadline interview, Downey didn’t seem completely opposed to the idea, but was worried that his age, his desire to pursue other projects, and Iron Man being over-saturated in public consciousness were good reasons to cut it off at three films.

“To me, it comes down to what’s the half-life of people enjoying a character?” Downey said. “Marvel keeps stepping up its game, and I appreciate the way Kevin Feige and all the creatives there think. They are as in the creative wheelhouse as any great studio has been at any point. So it becomes a matter of, at what point do I cease to be an asset to what they’re doing, and at what point do I feel I am spending so much time either shooting or promoting these films that I’m not actually able to get off the beachhead and do the kind of other stuff that is good for all of us.”

On Tuesday, RDJ appeared on the Ellen DeGeneres Show, and she asked him if there’s going to be an Iron Man 4. “I know there’s gonna be a bunch more Marvel movies and they have big ideas of how to do it best and we’re in the middle of negotiations,” he said.

“OK, yes,” he said. He might’ve only been responding to pressure from Ellen, but typically, details about Marvel’s endeavors are kept so closely under wraps that actors can’t say anything about movies that are being planned. The fact that he even kind of jokingly confirmed the film has sent the Internet buzzing with headlines that there’s definitely going to be a fourth Iron Man movie.

Later that same day, in a Reddit Ask Me Anything session, Downey Jr. wasn’t so willing to give Reddit users the answers they wanted as he was for Ellen, and responded to questions about the future of Iron Man by saying, “Sooner than later the Marvel Roster will be made public and all questions will be answered.”

This wasn’t a real confirmation from the actor by any means, but it wasn’t a flat-out denial that he’d be willing to do another Iron Man standalone, as we’ve seen from him in the past. Perhaps there will be an Iron Man 4 eventually after all.