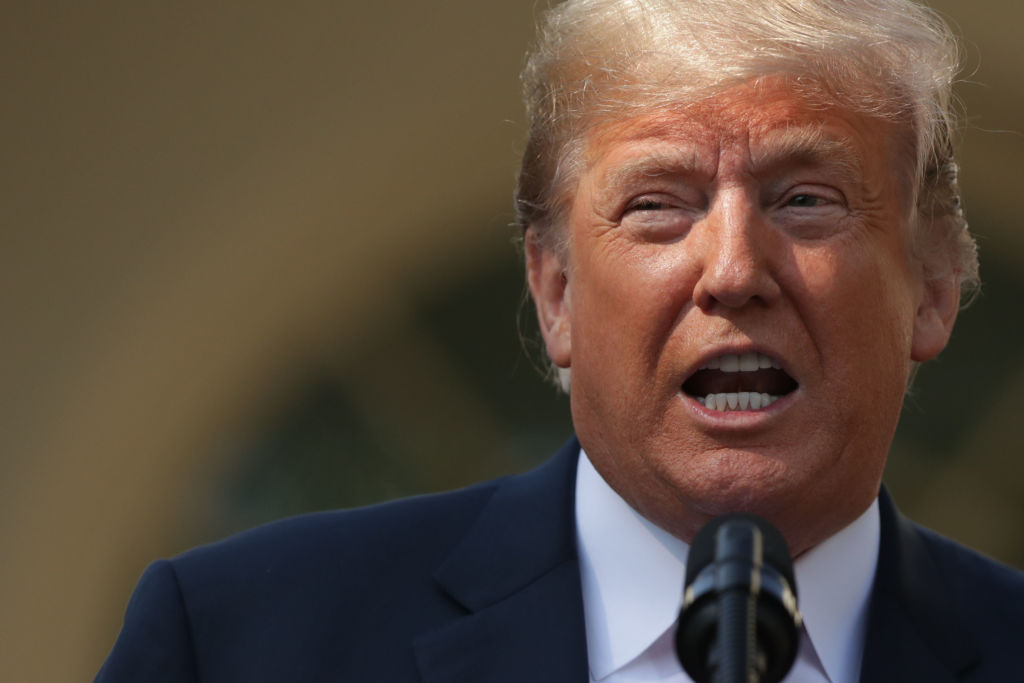 The voice of Alexandra Ocasio-Cortez is one of the most defiant in our Congress now, and it’s only just beginning. After a recent 60 Minutes interview where she bravely called President Trump a racist, (or at least giving racism a voice), what more will Ocasio-Cortez do to call out our president?

Coming from a middle-class family that’s struggled for years, having a Congressional voice for the powerless is more than a little refreshing. Inspiring more people like Ocasio-Cortez will prove people like her can rise up and make real change.

Will her new popularity make President Trump lose sleep over what she might do?

If they want to make an example out of me, I will gladly be one.

Hopefully we can be an example of dedication, courage, and persistence under fire.

I also hope to be an example of not tolerating nonsense, too. https://t.co/B6GqpHAozw

While Ocasio-Cortez has become popular based on her meteoric rise, it’s her social media presence that has sharpened her political views.

One thing you can say about Ocasio-Cortez is she usually has more affinity for tweeting than Trump. You can maybe attribute this to her age (29) and being born into the social media era.

Every day, you can see a tweet from her proving she means what she says and stands for what she means. On January 9, she tweeted “Hopefully we can be an example of dedication, courage, and persistence under fire. Or compassion, thoughtfulness, curiosity, justice, and zeal.”

Despite Trump’s occasional tweet tirades, Ocasio-Cortez keeps her tweets focused, consistent, and reminds us of where she came from.

Doubling down on the ‘Trump is a racist’ comment

The President defended Neo-Nazis who murdered a woman in Charlottesville.

The Dept of Justice sued him for not renting to Black tenants.

He launched his campaign by calling Mexicans “rapists.”

The President is racist. And that should make you uncomfortable. https://t.co/RapKlDB99K

To further prove the power Ocasio-Cortez’s social media presence, she strongly reiterated her point of President Trump being a racist after her recent 60 Minutes interview with Anderson Cooper.

She added to what she said in the interview to remind everyone Trump was sued by the Department of Justice for not allowing black tenants in his properties, called Mexicans “rapists,” and essentially banned Muslims.

The White House, of course, counteracts these comments by making them look like exaggerations. Yet, the evidence is out there, and everything Ocasio-Cortez says can be backed up with video evidence the president conveniently forgets exists.

The American people did not organize the biggest midterm election in ~100 years so their new leaders could sit back as the nation waits in crisis.

Our class was elected for a very specific reason: to lead differently, propose bold ideas,and create positive change for all people.

Many people in our government are afraid to state the truth about the president’s actions. Ocasio-Cortez is a rare voice, though. She’s not afraid to show candor so we find logical solutions to our biggest problems. Her life experiences and being on the edge of a financial cliff are what made her so brave.

Plus, she understands her historic role. A tweet she posted on January 8 reminded us the midterm election results were no accident. She believes it was a call “to lead differently, propose bold ideas, and create positive change for all people.”

Fighting back without mentioning the president by name

Until the 60 Minutes interview, Ocasio-Cortez won her Congressional seat by never talking about the president. Perhaps it’s better if she doesn’t and just focuses on specific things to fight back against Trump Administration policies.

Some of these issues she’ll be working on include Medicare for all, fully funded public schools and universities, and immigration reform. She’ll also work on a “Green Deal” to counteract climate change.

All of these are at odds with Trump’s philosophies, especially the latter two.

Because Ocasio-Cortez is just like us (including on her Instagram account), she’s already won the battle on being herself. If Trump were to become himself on social media, he’d have to remove himself from his reality star persona, something likely impossible to do by now.