Is Clint Eastwood Married? Who Is Dina Eastwood

Clint Eastwood is known for more than just his impressive acting and amazing films. He’s one of many in Tinseltown known to have a long and complicated relationship history. Like many of his Hollywood counterparts, the talented director also appears to have a thing for younger women. Though it’s entirely possible younger women just have a thing for him! Despite his laundry list of girlfriends, he’s only been married twice. His first wife was Margaret Neville Johnson and his second and more well-known wife was Dina Ruiz.

Who is Dina Eastwood?

Best line said to me by a stranger, (last night in TX) "Excuse me, m'am. You look JUST LIKE one of Clint Eastwood's ex-wives!" My reply?

Dina has worn many hats throughout her career. KNAZ-TV hired her own as a reporter in 1990. Despite being promoted to news anchor, Dina left KNAZ-TV in 1991 to work for KSBW. She retired from KSBW in 1997, just five years after her fated meeting with Clint. In 1998 she hosted the competitive game show, A Quest for Excellence. Dina also acted in several of her now ex-husbands’ films, True Crime, Blood Work and The Forger. She even had her own show at one point, Mrs. Eastwood and Company, which aired from May 2012 to July 2012. Now the news anchor turned actress is living it up as a family-orientated celebrity wife to her husband, Scott Fisher.

How Clint and Dina met

Clint and Dina met in 1992 when she interviewed him for a newscast. Four years after their fated meeting the two tied the knot despite the 35-year age difference. They stayed out of Hollywood’s gaze for a long time, but some career moves ended all of that putting unnecessary strain on their relationship. Unfortunately, good things don’t always last forever.

Why Clint and Dina’s relationship ended 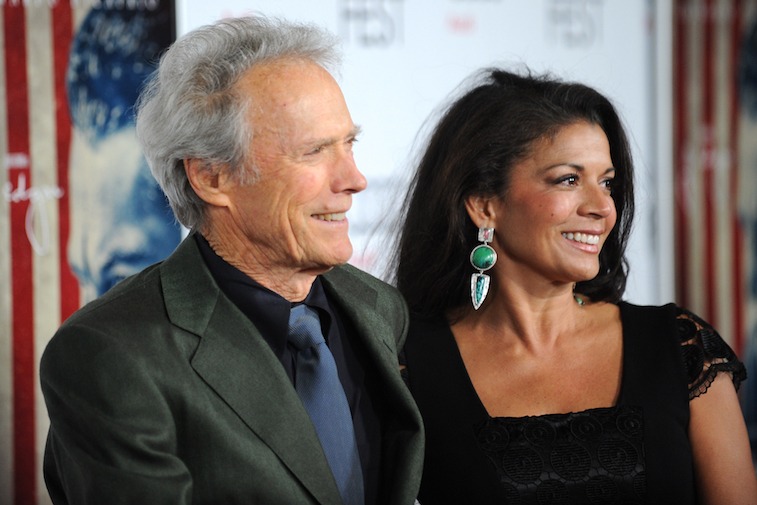 In August 2013 news of Clint and Dina’s separation became public knowledge. While they had been living apart for quite some time, Dina hadn’t officially filed for divorce until that September. In December of the following year, after 18 years of marriage, the 83-year-old actor-filmmaker and his young wife were officially divorced.

While their relationship was beautiful to behold, things turned sour after work on Dina’s new show, Mrs. Eastwood and Company, began. Clint is known for being a private man, keeping both him and his family out of the public eye. The show completely contradicted everything that he believed in by featuring Dina, Morgan Eastwood, their daughter, and Francesca Eastwood, Clint and Frances Fisher’s daughter. Despite his disapproval, Clint also made some uncomfortable appearances on the show.

By June 2012 the union had all but disintegrated. Around the same time Dina’s friend and basketball coach, Scott Fisher was finalizing a divorce from his wife, Erica Tomlinson-Fisher. Dina began to lean on Scott to help her with the marital drama. Once Erica became aware of the eyebrow-raising relations between them she reached out to the Clint. The actor turned director took a liking to Erica, and the two quickly started dating. News of the relationship tore Dina apart, and she found herself relying on Scott to keep her afloat.

I went fishing and got married tonight to Mr Fisher! Mrs Fisher Finally! #dreamcometrue #7116 #destinyserved We love and adore our IG family! ❤️

On Saturday, July 2nd, 2016, Dina posted a picture on Instagram showing her and the new love of her life smiling and holding champagne glasses. The caption read “I went fishing and got married tonight to Mr. Fisher! Mrs. Fisher Finally!” Dina was ecstatic to take on the Fisher name, and her followers were nothing short of supportive. The two nurtured their relationship at a slow and steady pace after the messy split with their respective exes. Their patience clearly paid off as the two continue to be a happy couple to this day.

Dina was able to stick with Scott, but Clint was not so lucky. While his time with Erica was the “real deal” it just didn’t last. Many people felt that Erica was somewhat of a mooch, which we guess worked out for a while considering Clint is one of the wealthiest directors of all time. Now he’s dating Christina Sandera, a restaurant hostess who is 33 years his junior. The two went public with their relationship during the 87th Academy Awards.