Is Country Music Getting More Progressive? 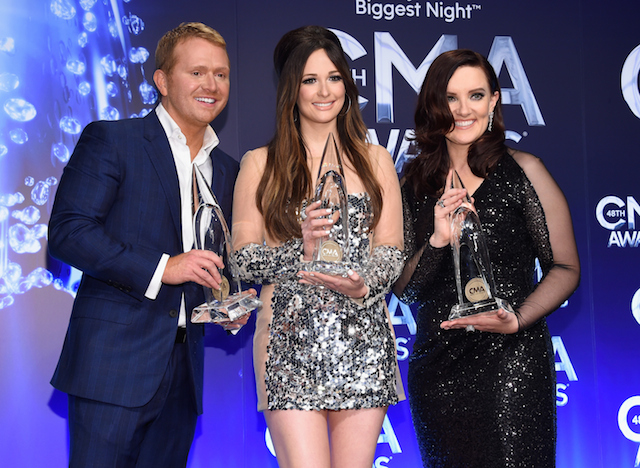 Miranda Lambert was the biggest winner at the Country Music Awards on Wednesday night, but it was new singer Kacey Musgraves who really surprised at the awards ceremony in country’s capital of Nashville, Tennessee. The singer broke the mold by staying true to country’s authentic roots in the Nashville scene this year, and the CMAs surprisingly honored her for it.

Musgraves herself was shocked when it was announced that she’d beaten out CMA favorite Miranda Lambert for her single “Automatic.” Lambert won four CMAs on Wednesday, giving her the most total CMA trophies of any artist, but Lambert winning Best Female Vocalist for the fifth year in a row was not what had everyone talking about the ceremony.

Musgraves’ first major label album, Same Trailer, Different Park, was released in March 2013 to rave reviews that praised the record’s strong songwriting and brave tackling of much deeper topics than her male bro-country colleagues. “Follow Your Arrow” became a hit for the singer despite being shunned by more conservative country radio stations for lyrics that encourage people to embrace who they are, even if that means kissing someone of the same sex or smoking weed. The singles “Merry Go ‘Round” and “Blowin’ Smoke” explore the stagnancy Musgraves observed while growing up in a small town in eastern Texas.

Earlier this year, Musgraves took home a couple of Grammys for Same Trailer, Different Park, including Best Country Album and Best Country Song for “Merry Go ‘Round.” It was less surprising that the more liberal pop music industry would choose to embrace the singer, while many were stunned at the CMAs’ decision.

More popular bro-country artists like Florida Georgia Line and Jason Aldean, with their tales of wild parties, make a reference to marijuana not seem all as shocking as it once was for country music. “Follow Your Arrow” is more so for being explicitly pro-LGBT and co-written by the openly gay performer Brandy Clark. With the lyrics “So make lots of noise, kiss lots of boys/or kiss lots of girls, if that’s something you’re into,” the song didn’t get a lot of radio support and is supporting values that are much more controversial within the country music industry than the pop music world.

“For a song that I was told could never, and would never, be a single, it just blows my mind,” Musgraves said when she accepted the award with co-writers Clark and Shane McAnally. “It’s just an anthem for all kinds of people so I could not be more proud.”

While country music now frequently embraces a more conservative viewpoint, in the past, the genre has been as rebellious as rock and roll. Musgraves’s single fits into the tradition of music like Loretta Lynn’s infamous 1975 song “The Pill,” which was banned from the radio for its subject matter about a housewife who’s ecstatic that she can now have birth control, or Jeannie C. Riley’s feminist critique of small-town life “Harper Valley P.T.A.”

Musgraves paid further tribute to that tradition at the CMAs by singing with Lynn on the latter’s classic 1971 song “You’re Lookin’ At Country,” which was the most authentically country moment of a ceremony that included pop stars Ariana Grande and Meghan Trainor. By honoring Musgraves with Song of the Year, the Nashville establishment is both embracing a more forward-thinking viewpoint and returning to its authentic, rebellious roots with a song that’s not afraid to ruffle feathers.