Is ‘Crisis on Infinite Earths’ the Arrowverse Elseworlds Show of 2019?

Crisis on Infinite Earths was introduced during the Elseworlds‘ three-series crossover event. The 2019 crossover is inspired by the 1985 storyline of the same name that ran until 1986. Originally intended to fix continuity errors between some of the leading DC comics and heroes at the time, the storyline was a game changer for DC’s Multiverse. The crossover event stands to be the same for DC series, introducing new villains and heroes, as well as changing the Multiverse as we know it.

Fans have long theorized that Arrow‘s John Diggle would become the next Green Lantern, thanks to Green Lantern easter eggs that have been spotted in both The Flash and Arrow. Elseworlds may have included a way for this to finally happen.

Arrow‘s episode of Elseworlds featured John Wesley Shipp from the 90’s The Flash series reprising his role as Barry Allen in the final scene. The Earth-90 version of Allen is visiting the heroes to warn them of an impending threat (setting up Crisis on Infinite Earths). When Shipp’s Barry Allen spots John Diggle, he says, “Hello, John. You’re not wearing your ring… Things must be different here.” This is obviously a nod to the fan theory, but it’s inclusion in Elseworlds‘ setup for Crisis on Infinite Earths gives fans hope that the theory will become an actual storyline in the crossover event.

‘Crisis on Infinite Earths’ will bring changes to ‘Supergirl’ 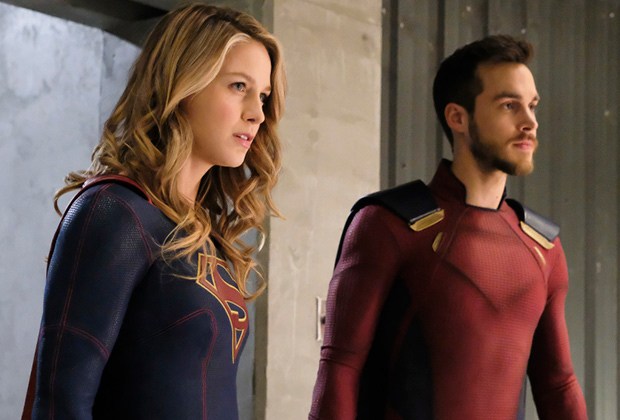 Kara Zor-El/Supergirl was one of the heroes to meet their demise in the 1985 storyline. In December 11’s episode of Supergirl, however, we see Oliver Queen/Green Arrow strike a deal with The Monitor in exchange for her and Barry Allen/The Flash’s safety.

With Supergirl’s safety ensured, it would seem that Crisis on Infinite Earths may be serving its original purposes by merely fixing the continuity error that resulted in Supergirl and Superman not existing in the universe where the heroes of The Flash, Arrow, and DC’s Legends of Tomorrow live. If this is the case, then Supergirl will finally join Earth-1, where the other series’ heroes live.

Will ‘Crisis on Infinite Earths’ make room for Batwoman?

Although the terms of the deal are unclear, we do know that The Monitor told Oliver that there must be balance. This has lead to speculation that Oliver may have offered himself or Superman as a trade for The Flash and Supergirl, meaning Oliver and/or Superman will die in Crisis on Infinite Earths.

Although its superhero series have breathed new life into the once floundering network, CW President Mark Pedowitz has publicly stated before that the network will never air more than four superhero series at one time, which is why Supergirl goes on hiatus when DC’s Legends of Tomorrow airs.

Arrow is currently in its seventh season at CW, so it would make sense for Batwoman to take the series place. It has already been announced that Batwoman will be coming to the CW network.