Is It Too Late for a ‘Girl With the Dragon Tattoo’ Sequel? 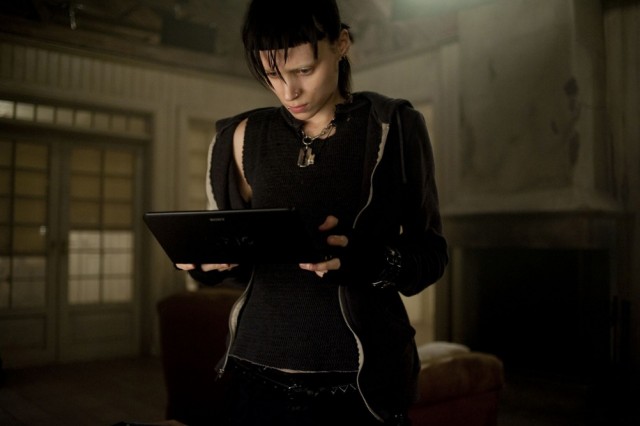 The Girl with the Dragon Tattoo became an international bestseller when the Swedish crime novel about the troubled-but-brilliant heroine Lisbeth Salander was first published in English in 2008. Followed by The Girl Who Played with Fire and The Girl Who Kicked the Hornet’s Nest, the novels comprise author Stieg Larsson’s posthumous Millennium trilogy. With a classic mystery formula spiced up by an unusual heroine and northern European setting, the books sold millions of copies and were translated into a variety of languages.

Larsson’s native Sweden was quick to turn the entire series into movies starring Noomi Rapace as Salander. The books were also incredibly popular in America, so it only made sense that studios would be interested in making an English-language version of the story as well. Thus came David Fincher’s 2011 The Girl with the Dragon Tattoo starring Rooney Mara and Daniel Craig.

That movie earned rave reviews from critics, particularly for Mara’s performance, for which she did things like get several quite sensitive body parts pierced and learned to drive a motorcycle. The role garnered Mara an Oscar nod for her take on the troubled hacker-punk Lisbeth Salander. The timing of the film capitalized on the wild popularity of the novels, but still the movie didn’t make quite as much as the studio had hoped. While the $232 million worldwide Dragon Tattoo made is nothing to scoff at, it wasn’t quite as much as Sony was hoping for a movie that already had a fan base, big name director and actors, and was released at Christmas.

Now it’s been three years and there still hasn’t been a sequel, leading many to think that Fincher and Sony were just dropping the Millennium trilogy. But a new interview with the director is giving fans of his interpretation of the trilogy some hope that he might move forward to make The Girl Who Played with Fire and The Girl Who Kicked the Hornet’s Nest.

According to a Google translation of a recent interview Fincher did with Swedish publication Afton Bladet via Film Divider, which provided the translation, he still has hopes that those sequels will get made even though it has been so long since the first film. Fincher said that because Sony has spent so much money on the rights to the franchise, he believes the investment will be motivation for the studio to get the movies made.

“I think because [Sony] already has spent millions of dollars on the rights and the script, it will result in something,” Fincher said. “The script that we now have has huge potential. I can reveal that it is extremely different from the book,” he went on to say.

Mara has said she’d love to come back and do the sequels, but since getting the Oscar nom for her role as Salander, she’s become an in-demand actress in Hollywood and has a busy schedule to work around. She has also said that the films would need to happen soon due to the physicality of the role and the fact she isn’t “getting any younger.”

While it is true Sony has invested in the material, now that the fervor over the books has cooled down, pouring money into a sequel seems even riskier, especially given that the movie will be an R-rated thriller — not exactly a guarantee for great box office performance. The recent flop of Sin City: A Dame to Kill For, which was made nine years after the first movie, doesn’t help the odds. People who were once avid fans of the novels might have moved on to something else. Larsson died before the Millennium trilogy was even published, so he hasn’t kept writing books to keep people interested in his fictional universe. It might be well past the time to take advantage of peoples’ interest in Lisbeth Salander’s story.

On the flip side, Sony’s hefty investment of the rights to the Millennium trilogy is still good motivation for the studio to get the second and third films made, and the brutally honest Fincher would likely say there wasn’t a chance of a sequel happening if there wasn’t a chance of a sequel happening. For now, Fincher seems excited about the current script for Fire, but it remains to be seen if stars Mara and Daniel Craig can get their schedules worked out to do the films even if Sony decides that making them is a risk worth taking.