Is It Too Soon for Ridley Scott’s Ebola TV Series? 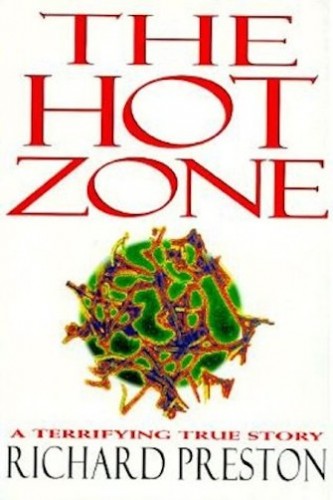 The spread of the Ebola virus has been dominating the headlines in recent months and now director Ridley Scott is tackling the same subject on the small screen. Scott and producer Lynda Obst have are reportedly developing a limited miniseries, based on Richard Preston’s 1994 bestselling nonfiction book The Hot Zone, for Fox TV Studios.

The timing might seem questionable to some, given the current outbreak that continues to ravage several countries in Africa and the recent positive cases that have surfaced in the United States. But according to The Hollywood Reporter, Scott and Obst have reportedly been working on developing the series for the past year. The Hot Zone, which started out as a New Yorker article in 1992, covers the Ebola crisis of the 1970s and 1990s. Scott and Obtst first optioned the rights to the book twenty years ago. Per Entertainment Weekly, the two were originally planning to make it into a feature-length film, with Robert Redford and Jodie Foster set to star. The project never ended up making it to the big screen.

Now, Scott and Obst have enlisted Jeff Vintar (I, Robot) to adapt the work to the small screen. David Zucker and Jim Hart, who wrote the original feature screenplay Crisis in the Hot Zone, will executive produce alongside Scott and Obst. Scott will also potentially direct at least the first episode. “A limited series is a great way to do this because you don’t have to limit it to a three-act structure like you do with a film,” Obst told THR.

The miniseries will reportedly cover the same time period written about in The Hot Zone, as well as the spread of the disease in recent months. In addition to their rights to the book, Scott and Obst are reportedly optioning a soon-to-be published article from Preston that details the current outbreak, in order to include in the series. Per THR, the show will chronicle much of the disease’s history, “including a 1989 incident in which primates at a quarantine facility in Virginia became infected with a mutated version of Ebola.” Preston himself is acting as a consultant on the show and has been working with producers on the series over the past year as well.

The show is not a done deal yet though. Scott and Obst are reportedly waiting for the series to be updated to include the virus’s latest trajectory before bringing it to the networks. News of the show has spurred mixed reactions among viewers, some of whom think the show could help raise awareness about the disease and others who believe it’s only taking advantage of a serious current crisis.

For her part, Obst has made a point of expressing that the project may cover today’s epidemic, but wasn’t originally meant to be as ripped from the headlines as it has now become. “It’s a strange and upsetting coincidence that we all happen to be experiencing this current scare, and we’re of course extremely sensitive about it,” she told FOX News. She also added that the series has a long way to go before it actually hits the screen and that it “would never air during this current news cycle.”

Obst has previously dealt with the premise of virus outbreaks on a show before, having worked on SyFy’s Helix. She also produced the highly anticipated, upcoming Christopher Nolan-directed flick, Interstellar. Meanwhile, Scott’s Exodus: Gods and Kings is out in December and he’s reportedly signed on to direct the Matt Damon vehicle, The Martian, out in 2015. His adaptation of the 2013 book, Killing Jesus, for the National Geographic channel is also set to premiere next year.