Is Ivanka Trump Under Investigation?

It’s no secret that Ivanka Trump is a polarizing figure. President Trump’s eldest daughter was once a beloved model, socialite, and businesswoman who was embraced and respected by celebrities and moguls alike. That all came to a screeching halt in 2015, when her father, Donald Trump threw his hat in the ring to become the President of the United States. Through Trump’s campaign and into his presidency, Americans have watched him devalue and use abusive language toward women, minorities, immigrants and everyone in between.

All the while, Ivanka who serves as her father’s White House advisor has sat idly by as the Trump administration has locked children in cages, shuttered Obama era reforms regarding sexual assault on campus, and ignored the rampant gun violence that has continued to ravage the country. Ivanka has also been scrutinized and questioned for being complicit in her father’s racial and anti-woman policies. Now, it looks like the former fashion designer has gotten herself into some trouble.

In November 2018, The Washington Post reported that Ivanka Trump had regularly used a private email account to conduct government business in 2017. If you recall, one of President Trump’s infamous chants during the election was “Lock her up” referring to his opponent, former Secretary of State Hillary Clinton’s use of her personal email to conduct government business. In fact, during June and July of 2016, President Trump tweeted, “How can Hillary run the economy when she can’t even send emails without putting entire nation at risk. The invention of email has proven to be a very bad thing for Crooked Hillary in that it has proven her to be both incompetent and a liar!”

Of course, when the news about her emails hit the media, Ivanka Trump’s team quickly released a statement trying to defend the mother of three. They said in part, “While transitioning into government, until the White House provided her the same guidance they had to others who started before she did, Ms. Trump sometimes used her private account, almost always for logistics and scheduling concerning her family.”

Basically, this means that they are trying to say Ivanka didn’t know it was wrong. Considering how massive the news of Clinton’s emails were, we’d say, we’re not sure if we believe that. 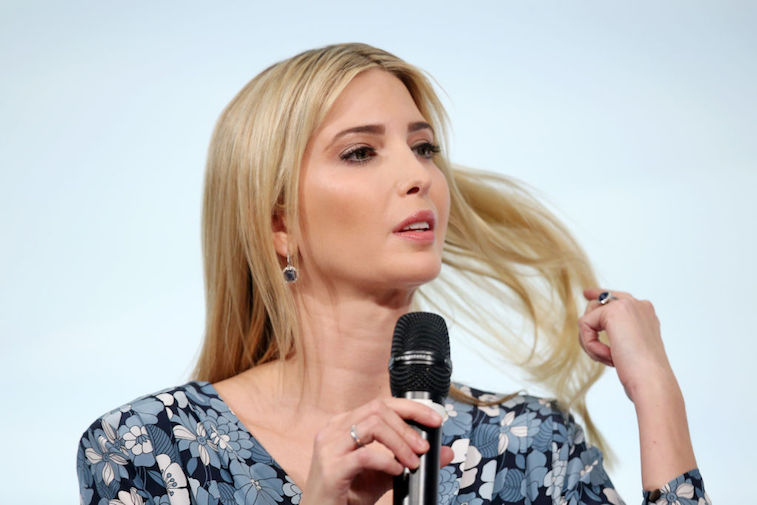 Though Ivanka Trump isn’t currently under investigation, and it has been reported that Robert Mueller will wrap his investigation up about Russia’s interference in the 2016 Presidental election soon, the First Daughter might not be out of the woods just yet. News of her using her personal email for government business has absolutely rocked Washington, D.C. Now that the Democratic Party has a hold in the House of Representatives over Republicans, The Washington Post is reporting that The House Oversight Committee plans to investigate whether Ivanka Trump violated federal law by using a personal email account for government business.

A Democratic staffer on the committee told the newspaper, “We plan to continue our investigation of the Presidential Records Act and Federal Records Act, and we want to know if Ivanka complied with the law.”

This isn’t the first time Ivanka Trump’s ethics and business dealings have been called into question. According to CNN, the FBI has been looking into the negotiations and financing surrounding the Trump International Hotel and Tower in Vancouver which Ms. Trump.

Only time will tell if there any repercussions for Ivanka Trump’s actions.