Is Jennifer Lawrence Teaming With Quentin Tarantino for Next Big Role? 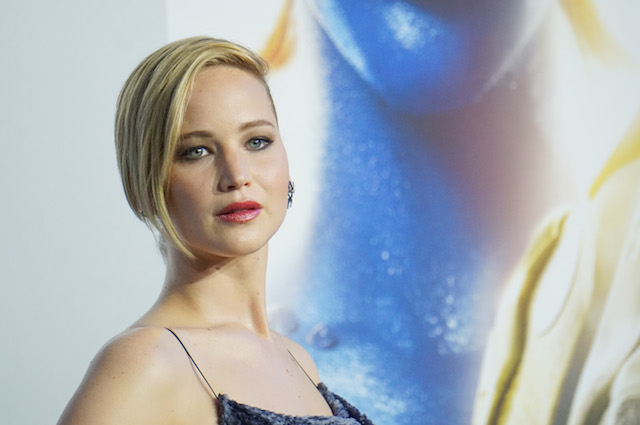 Two of the biggest names in the film industry may be teaming up for one huge new project. In a pairing that is sure to thrill moviegoers everywhere, Jennifer Lawrence is reportedly in early talks to join the cast of Quentin Tarantino’s latest Western flick, The Hateful Eight.

According to Collider, the Oscar-winning actress is actively involved in discussions regarding a part in the film and not just on a “wish list” of potential cast members. The rumored casting comes just after the release of the trailer description for The Hateful Eight earlier this week. As the official synopsis reads, the movie follows the rising tensions within “a pitiless and mistrustful group” — including “a competing pair of bounty hunters, a renegade Confederate soldier, and a female prisoner” — after a blizzard traps them together in the middle of nowhere.

Though it remains unclear exactly what role Lawrence could be up for, the rundown of central characters included only one lead female part: that of Daisy Domergue aka “The Prisoner.” Per Collider, actress Amber Tamblyn read the role during a live-read of the script, but no official cast members have been announced since.

Of course, nothing is set in stone just yet. Lawrence’s publicist recently denied the casting rumor in a statement to The Wrap reporter Jeff Sneider, which read, “Despite Internet rumors, her reps have confirmed she’s not doing this project.” However, reps often deny casting rumors while talks are still ongoing and their statement doesn’t necessarily mean that Lawrence isn’t considering a role in the movie.

Still, it is worth keeping in mind that Lawrence has plenty of projects on her plate as it is, and while she may be interested in Tarantino’s film, she might quite simply just not have the time for it. As Variety’s Justin Kroll recently reported on Twitter, the in-demand star recently had to pass on Ben Affleck’s Live By Night due to scheduling conflicts and the same problem could reoccur here.

The Hateful Eight is scheduled for release sometime in 2015, a year that is already jam-packed for Lawrence. The actress is currently finishing up Mockingjay – Part 2, the last installment of the hugely successful Hunger Games film series. She is also a part of another memorable franchise, with her role as Mystique in X-Men. Bryan Singer’s X-Men: Apocalypse is due for release in May 2016, meaning the flick will likely be in the production stage at various points throughout 2015.

As if that wasn’t enough to keep anyone busy, Lawrence also has another potentially award-worthy collaboration with David O. Russell in the works. The actress is set to lead the director’s upcoming Joy, about single mom of three turned successful entrepreneur Joy Mangano. Lawrence’s previous two films with Russell, Silver Linings Playbook and American Hustle, each earned her Oscar nominations, one of which she won.

Again, fans will have to await an official cast announcement to find out if this will really mark Lawrence’s next big project. Still, it is an exciting prospect, and her involvement would certainly add a new level of star power to Tarantino’s film. Meanwhile, Lawrence isn’t the only big name with rumored connections to the movie. Samuel L. Jackson, Kurt Russell, Bruce Dern, Michael Madsen, James Remar, and Walton Goggins are also among the film’s potential cast members.