Is John Cena and Nikki Bella’s Wedding Back On? Here’s What We Know 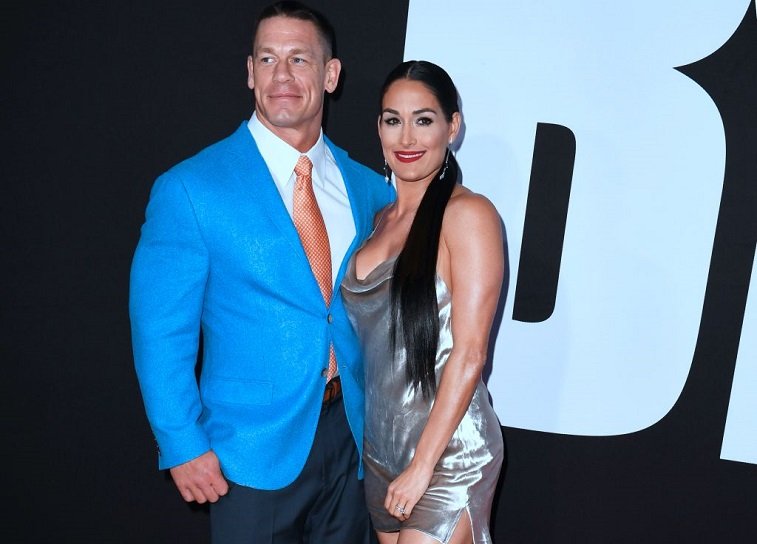 Two months after calling off their wedding, are John Cena and Nikki Bella finally planning to walk down the aisle? That’s what the reality show Total Bellas has recently been suggesting, but it’s not entirely accurate seeing as the third season is taking place about four months in the past.

Cena and Bella were originally going to get married in May of this year, but in April, they announced they had called off the wedding. Then, in May, the new season of Total Bellas premiered. E! advertised Season 3 as being all about the Cena and Bella breakup.

But then something weird happened. The second episode of the new season focused on Cena and Bella calling off their wedding, yet this actually took place in January, three months before the news of their breakup was made public. We know this because the show also depicts the behind the scenes of Raw 25, which aired on January 22nd.

Recently, Nikki Bella confirmed that the latter scenario is what happened. In an interview on GirlBoss Radio, she said:

“Calling the wedding off three weeks before to the man of your dreams. We have called it off twice. The first time, he didn’t want kids and I thought I could sacrifice that and it was our engagement party, and I was just kind of out of it. Everyone noticed it, even the film crew noticed it, like ‘There’s something off with her.’ … He called it off the first time because he still didn’t want kids and he’s like ‘You should go and find someone to have kids with.’ We’re very mature, we’re best friends. So, we had called it off, he came back to me a few weeks later and he was like ‘You know what, I don’t want to lose you, I want kids.'”

But a lot of viewers of Total Bellas have been getting a different impression, thinking they’re watching Cena and Bella’s only break-up and being under the impression that the episodes where they’re back together are in the present. After all, the third season shows that after the two broke up, they decided to keep it a secret, and Bella had to pretend that she and Cena were still getting married as planned.

That is until the fifth episode, which aired on June 17th. In this one, Bella grapples with the fact that news of her breakup has gone public. That would imply this is taking place in April.

Later in the episode, Cena and Bella meet for dinner, and he declares that he will give her a child. They then get back together and decide that they will get married. There were reports a few weeks ago that Cena and Bella had reconciled, so most viewers assumed that’s when this scene was taking place. 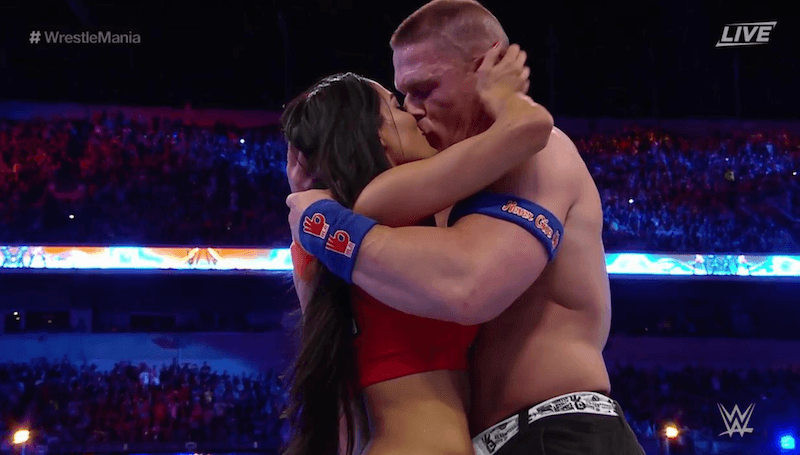 But wait a second. When the Bellas are talking about the breakup going public earlier in the episode, the show puts up on screen two screenshots of news articles published in February 2018, with the implication being that those articles just went up within the timeline of the show. These articles were actually about the release of a clip from Season 3 of Total Bellas, which teased that Cena and Bella might call off the wedding. The articles were not about the announcement in April that the relationship was officially over.

In this same episode, we also see Nikki Bella reacting to an interview Cena gave on Today, but she’s watching this appearance from early February, not Cena’s appearance from May after the breakup was announced.

So to make it absolutely clear, here’s what’s going on: the entire third season of Total Bellas is taking place about four months in the past. In January, Cena and Bella quietly called off the wedding. A few weeks later, they got back together. But then at some point between February and April, they called off the wedding a second time. This second time is the one that became public in April. But in order to make this season feel a bit more immediate and interesting, the Total Bellas editors are sort of trying to make it seem like the first breakup is the second one.

Even without Bella’s new interview, if you really dug into material outside of the show, this timeline thing became obvious. In a recent preview of an upcoming episode of Total Bellas, Nikki Bella cries and says that she may need to call off the wedding again. She realizes that there are “such deeper problems” in the relationship; perhaps the second breakup had to do with the fact that Cena appeared to be agreeing to have kids just so that Bella wouldn’t leave him, not because he actually wanted to have them. 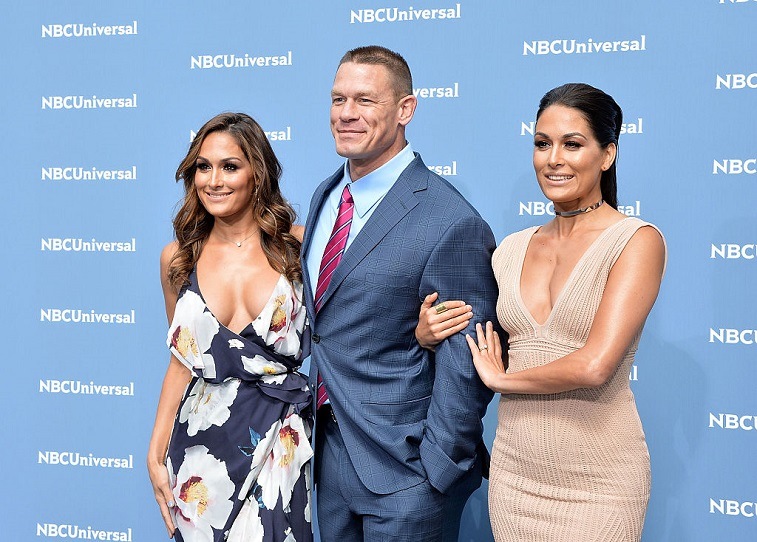 Another piece of evidence was an interview Cena gave to the podcast ID10T in April, a few weeks before the breakup was announced. In this interview, Cena says that he and Bella nearly didn’t get married, which sounds like he’s referring to the January split. He talks pretty convincingly throughout this whole interview as if they’re together at this point. In addition, Cena says that he recently decided that he wants to have kids, which is a change of heart that he’s making so as not to lose Bella.

This idea of Cena changing his mind about kids before the breakup does not at all fit with the timeline of Total Bellas Season 3; he’s supposed to have made that change after the breakup. But what does fit is that Cena made that decision after the first breakup but before the second.

Finally, Brie Bella said on June 7th that Cena and Bella are not fully back together but are “working on it.” This obviously does not fit with what we’re seeing on Total Bellas right now.

So as you see Cena and Bella preparing their wedding throughout the next few episodes of Total Bellas, don’t get too excited, as this is all going to end with them calling it off a second time.