Is Kathy Griffin’s Exit the End of ‘Fashion Police’? 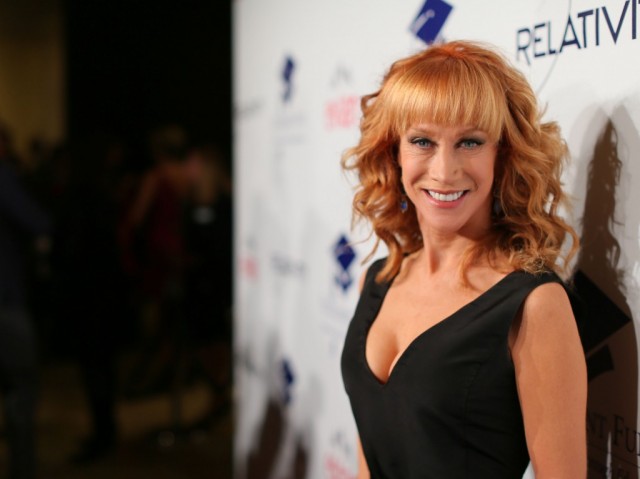 Kathy Griffin is quitting E!’s Fashion Police after only seven episodes. The comedian announced her official departure from the series in a lengthy Twitter statement on Thursday, explaining to fans that her “style does not fit with the creative direction of the show.”

Griffin started her short-lived stint as a Fashion Police co-host earlier this year, serving as a successor to the late Joan Rivers. Her hiring received mixed responses from fans, many of who expressed doubts about whether the show should really go on without its original leader. At the time, E! mostly dismissed these worries, taking care to point out that it had approval from Rivers’ daughter and the show’s executive producer, Melissa Rivers, to continue. But as the last few weeks have proven, viewers had good reason to be concerned.

Since starting its new season in January, Fashion Police has faced more than its fair share of problems. Ratings have been mediocre at best, with Griffin’s debut episode failing to crack 1 million viewers. Things got especially ugly last month, when longtime co-host Giuliana Rancic sparked big backlash by making a disparaging comment about young actress Zendaya Coleman’s Academy Awards red carpet look. In addition to drawing public furor, Rancic also earned criticism from her fellow co-host Kelly Osbourne, who openly expressed her issues with the mean-spirited remark and publicly threatened to quit before making her exit official only days later.

With Griffin now the second co-host to leave the show in a matter of weeks, it seems everyone has the same question on their minds: Is this finally the end for Fashion Police?

E! doesn’t seem to think so. Though the network hasn’t remarked on a potential replacement for either Griffin or Osbourne, it insists the show will go on – for now, at least. “We wish [Griffin] all the best and are grateful for her time on the show, as well as the many laughs that she gave us all,” it said in a public statement. “Fashion Police will return, as scheduled, on Monday, March 30 at 9 p.m. with our talented co-hosts Giuliana Rancic and Brad Goreski and executive producer Melissa Rivers.”

But while E! might see a future for the series, fans don’t seem to agree. Despite the network’s claims to the contrary, many viewers are taking Griffin’s exit as a clear sign that it’s time for the show to end once and for all. It’s easy to see why. Without Rivers, the show’s form of critique isn’t going over as well as it once used to – something that Griffin herself pointed out in her statement. “My brand of humor, while unrepentant and unafraid, is all about context,” she wrote. “There is plenty to make fun of in pop culture without bringing people’s bodies into it.”

Her comments echo the same issues that Osbourne also pointed out before quitting – something that only serves to call the show’s future further into question. After all, if two of Fashion Police’s own members no longer support the show or its premise, is there really a point in continuing? As Hollywood starts to embrace feminism and stars continue to move media attention away from dresses and jewelry, it might be time for Fashion Police’s reign to finally be over.