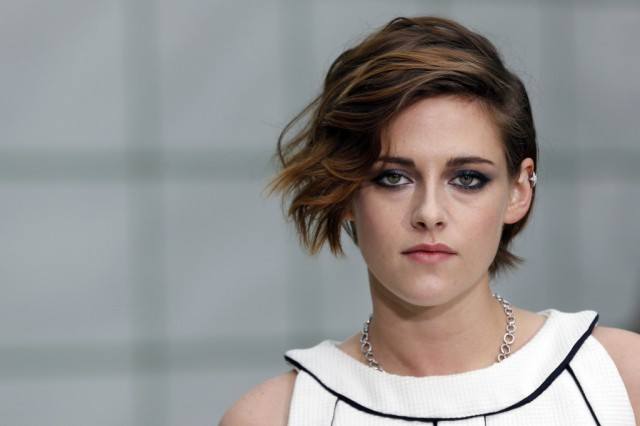 Kristen Stewart has come a long way from her Twilight days. In recent months, the actress has made a notable shift in her career choices, leaving big-budget studio flicks behind in order to focus on indie movies. Now, it looks like she’s set to continue that path with her new role in an upcoming drama known only as the untitled Kelly Reichardt project.

Reichardt is known for helming festival favorites like Night Moves and Wendy and Lucy. According to Deadline, Stewart has signed on to star alongside Michelle Williams and Laura Dern in the latest buzzworthy indie project from the acclaimed director. The still-untitled ensemble drama will chronicle the stories of the residents of a small town in Montana, told over a series of vignettes.

Stewart will play Beth, a young lawyer from Boise who takes a teaching job in the state and ends up developing a close friendship with a local woman who’s auditing her class. Meanwhile, Dern is set to portray a lawyer in Helena who keeps going back into a bad relationship with Ryan, a married man (played by James Le Gros ) who couldn’t care less for his wife and child. Williams will play Ryan’s wife, while newcomer Sara Rodier will portray his daughter. Jared Harris (Mad Men) also co-stars.

For Stewart, the film is the latest in a slew of artsier projects that the actress has recently taken on. After starring in the Twilight series and 2012’s Snow White and the Huntsman (the latter of which turned out to be more of a hit for tabloids than the box office), the actress has begun paving a more independent path. In addition to a critically acclaimed turn in 2014’s Sundance selection Camp X-Ray, Stewart co-stars with Oscar winner Julianne Moore in this year’s Still Alice. She also recently won France’s prestigious Cesar Award for her performance in the Cannes Film Festival choice Clouds of Sils Maria, making her the first American woman to ever receive the honor.

With this recent string of well-received projects, Stewart seems to be in the midst of a McConaughey-style career revamping — and there’s plenty more from her on the way. In addition to joining the still-untitled Reichardt film, the actress has three other indie films expected to debut in some form over the next year.

The sci-fi romantic drama Equals stars Stewart opposite X-Men: First Class actor Nicholas Hoult. Set in a futuristic utopian society where human emotions have been eradicated, the movie follows an illustrator (Hoult) as he is outcast after becoming infected with a disease that causes feelings to come back. In order to survive, he teams up with his writer co-worker Nia (Stewart), who is also infected but hiding her condition. The film, which also features Guy Pearce, Jacki Weaver and Bel Powley, doesn’t currently have U.S. distribution but is considered a potential choice for a Cannes or Toronto Film Festival premiere.

Stewart is also set to star in the ensemble drama Anesthesia, also featuring Glenn Close, Corey Stoll, Sam Waterston, and Michael K. Williams. The movie follows how the violent mugging of a professor (Waterson) brings together the lives of people who he’s affected in the past. Though production on the project wrapped almost a year ago, a premiere date for the film (festival or otherwise) has not yet been set.

Also on Stewart’s upcoming slate of projects? American Ultra, the indie action-comedy that reunites the actress with her former Adventureland co-star Jesse Eisenberg. The film focuses on the small-town couple Mike and Phoebe, whose existence is disrupted when Mike’s past comes back to haunt him in the form of a government operation set to wipe him out. The project has been set up at Lionsgate for around a year and is expected to be released at some point this year.

So far, Stewart’s efforts to make gutsier and more out-of-the-box career choices have paid off in her favor. With all of her recent success and four more anticipated projects coming, the actress could now be well on her way to becoming Hollywood’s new indie queen.