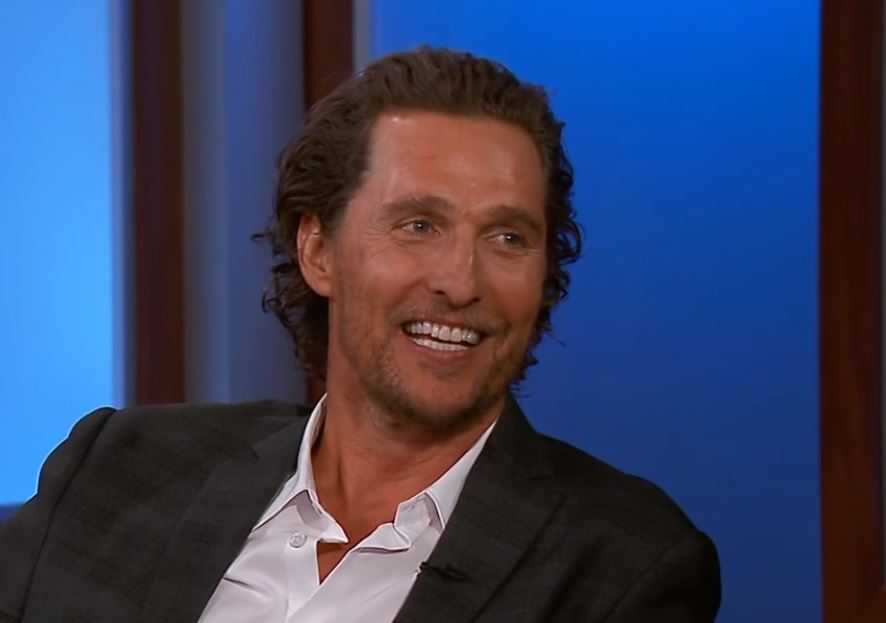 There isn’t any celebrity more ubiquitous lately than Matthew McConaughey on the big screen, in marketing ads, or TV. Everywhere you turn, he’s either pitching a product or putting out another stellar performance in a movie.

His lifestyle once seemed bohemian, though, and he still gives the impression he’s maybe a freewheeling bachelor. Is he really, or is he already in one of Hollywood’s most durable marriages?

Take a look at the surprising answer.

As with most male Hollywood superstars, McConaughey dated around with many A-list actresses in his earlier days. Some of these relationships included dating Penélope Cruz and even Sandra Bullock.

Amid it all, you probably remember McConaughey’s oddball arrest for possessing marijuana and playing bongos naked during his birthday party. This was 20 years ago, yet it gave a false impression of who he really was and is.

In truth, McConaughey has a strong sense of self and spiritual foundation. These traits were reinforced when he met a woman who would ultimately become his wife.

By 2006, McConaughey was dating a beautiful Brazilian model named Camila Alves. They hit it off immediately, though it took more than five years before realizing it was more than just a dalliance.

McConaughey proposed to Alves in front of her entire family on Christmas Day of 2011. It seems many Hollywood marriage proposals never go as planned, and this was no different. Alves initially said “no” to McConaughey’s proposal, stating she didn’t want to rush into things. However, he persisted until she finally agreed.

The official wedding ceremony took place the following June in Austin, Texas. Considering McConaughey is a true-blood Texan, they decided to make Austin their official home rather than live in the crazy bubble of Hollywood.

The two already had children together

Despite dating for years, McConaughey and Alves had two children together in prior years. One is a son named Levi, and a daughter named Vida. Later, they had another son, Livingston.

McConaughey has talked to the media in recent years about their disciplined approach to raising their kids. They both believe in letting their kids find their own individuality.

Living away from Hollywood is probably the smartest thing they could do for their kids to maintain a stable family life.

So what does Camila Alves do in her own career and with her husband? They continue to show support for one another, including showing up on the red carpet for McConaughey’s movie premieres.

Alves’ own career and events with her husband

Don’t miss me on @LiveKellyRyan today at 9:30am! It was an absolute pleasure this morning to be with these two gems!! Ryan has this face because his hands were covered with the avocado/tahini spreed we made for the egg bites that we couldn’t stop eating!!‍♀️ pic.twitter.com/KFZbyPdVGR

Recently, Alves tweeted a pic of her attending the premiere of McConaughey’s new film Serenity. Let’s remember, though: Alves is a star in her own right. She continues to make media appearances by herself. Not long ago, she also tweeted an appearance on Live with Kelly and Ryan for a cooking segment.

Part of her career is devoted to running a lifestyle website called Women of Today. It contains ideas on healthy eating, fashion choices, arts & crafts, plus tips on raising kids.

On the site, you can also find her live stream weekly video program called Camila’s Code.

McConaughey’s time with his wife

In honor of #GivingTuesday, if you’re so inclined pls support @jklivinFNDN which provides afterschool fitness & wellness programs for high school students. For a $10 donation, you’ll be entered to win a #DallasBuyersClub script signed by me. Donate here: https://t.co/fbGz9rYPJK pic.twitter.com/Ski2h3pzHM

If you’re on Twitter, you’ll also notice McConaughey is fairly active there. He posts numerous things related to his movies, premieres, and political beliefs. He also posts promotional tweets about his ongoing ad campaign for Lincoln cars.

Something both he and Alves work together on is his Just Keep Livin’ Foundation, abbreviated as “j.k.livin.” The foundation helps teenagers make positive choices in their lives so they can grow up to become worthy adults.

As one of the most grounded celebrity couples, we can probably expect McConaughey and Alves to stay married far beyond their current six years. Perhaps they’ve set a high bar for all movie actors living far away from Los Angeles when deciding to marry and start a family.