Is Meghan Markle Feuding With Her Royal Staff?

From the outside looking in, it appears that Meghan Markle has stepped into her role as the Duchess of Sussex seamlessly. However, as with any major transition, there have been some hiccups and missteps behind the scenes. Markle has had to publicly deal with her estranged paternal family humiliating her by giving alleged “tell-all” interviews, as well as her own father lying about his health so that he could skip her wedding.

However, in the past six months, since she has become Her Royal Highness, Meghan, Duchess of Sussex, things appeared to be going along much more flawlessly. In fact, the news of Markle’s pregnancy hasn’t stalled the former actress’ hectic schedule. Unfortunately, things aren’t always as they appear. Is Meghan Markle having issues with her new royal staff? 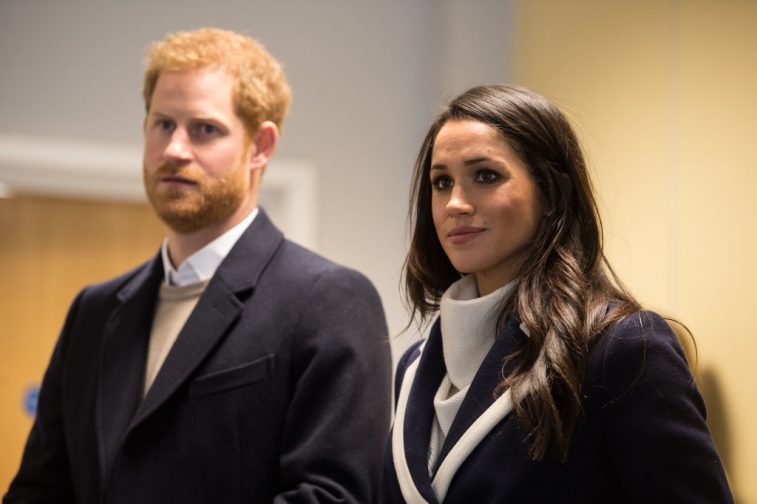 Throwing the palace into chaos

After announcing her pregnancy, Markle embarked on her first royal tour with her husband, Prince Harry. Though she was dealing with jet lag and her ever-changing body, Markle soldiered on, tirelessly attending event after event. Apparently, her schedule is frantic even when she’s at home at Kensington Palace.

According to Daily Mail, the Duchess of Sussex is up every day at 5 a.m., and from the moment she opens her eyes, she’s shooting off endless text messages to her aids about new ideas and requests. Daily Mail reported, “It is said palace staff have never experienced anything remotely like Meghan’s formidable work ethic, matched only by the incessant stream of ideas about how to shape her role. Though the aides see her enthusiasm as well-meaning, her up and at ’em West Coast energy is an uncomfortable fit with the more formal ethos of some of the palace staff.”

In early Nov. 2018, it was reported that after only six months in the job, Markle’s personal assistant — a woman named Melissa has turned in her resignation. Melissa played a pivotal role in the prince and duchess’ wedding day while also dealing with the drama that Markle’s family brought to the media. Though Kensington Place has declined to comment on Melissa’s departure, the optics don’t look great.

Interestingly enough, Melissa is not the only aide from Markle’s new staff to bail. Other aides have quietly left the Palace since her arrival, including senior communications secretary Katrina McKeever, who resigned in September. So what exactly is happening?

Trying to find her place

Change is difficult for anyone, and it looks like Markle, who is used to 16 hour work days on a television set is just trying to find a place for herself in the royal family. When she agreed to marry Prince Harry, she had to give up her career as an actress, which means that her identity also shifted drastically. Now, she’s trying to redefine who she is in the context of the royal family which also has endless rules and regulations. She’s also away from her friends and loved ones, so she’s trying to occupy her time as much as possible.

With a new life and a baby on the way, it might take a minute for both the duchess and her staff to get into a good rhythm.