Is MoviePass Still a Good Deal After New Subscription Changes?

Just 12 hours ago, it seemed like MoviePass might finally be dead, but on Tuesday morning, the company announced its plan to implement some major changes in order to stay in business.

So what changes are coming to MoviePass? And in light of these alterations to the service, is it still a good deal? Should new subscribers jump on board? Let’s take a look.

Additionally, going forward, subscribers won’t be able to see any films that open on more than 1,000 screens within the first two weeks unless the studio partners with MoviePass. Just about every major studio movie opens on more than 1,000 screens, so going forward, you shouldn’t expect to be able to use your MoviePass on any films that aren’t independent releases without waiting a while. The press release makes it sound like you will be able to use MoviePass on those films after two weeks, but it remains to be seen whether that will actually be the case.

These changes are on top of all of the other alterations to the service that have come in the past year, including the fact that you can no longer see the same movie more than once and the fact that you have to pay a surcharge to see certain popular films if a lot of people are seeing them at that time; this is referred to as “peak pricing.”

Is it still worth it?

Undeniably, MoviePass is no longer the great deal it once was, but that’s not the question we’re asking here. The question is, is it still a good deal? If this was always the MoviePass model, would it still be enticing?

This really depends on your moviegoing habits. If you like seeing wide-release movies within their first two weeks of release and rarely watch limited-release films like Blindspotting or Eighth Grade, MoviePass is certainly not a good deal for you anymore. If you frequent a lot of theaters that carry smaller releases and sometimes wait a few weeks on the major blockbusters, though, MoviePass might still be worth it.

But even so, there are a couple of factors to keep in mind here. The first is that under this new plan, surge pricing is not going anywhere. When this system was first announced, it seemed like it was only going to apply to the major releases like Ant-Man and the Wasp and Mission: Impossible – Fallout. But recently, even small films like Eighth Grade were getting peak pricing. This past weekend, the surge price in some major cities was $8.

MoviePass has not made clear what the future of the surge pricing system is, although the press release notes that it will continue to be refined. But let’s say the $8 surge pricing keeps up. In that case, if you used your MoviePass to see three films in a month, and they all had surge pricing, you would have spent $39. That works out to about $13 a movie; depending on what ticket prices are in your area, you might not have even saved any money at all.

There’s also the fact that MoviePass has been randomly crashing a lot over the past few days, and movies have been randomly disappearing from the app for hours at a time with no explanation.

So really, the question of whether MoviePass is still a good deal is going to depend a lot on whether the app stabilizes and on how surge pricing works going forward. It seems likely that the $8 surcharges that went into effect this past weekend were an extreme case because MoviePass was literally out of money. If the surge pricing becomes a bit rarer, and if the charges are normally closer to $2 or $3, then MoviePass will probably remain a good deal if and only if you see a lot of limited-release movies and/or wait several weeks for the big blockbusters. 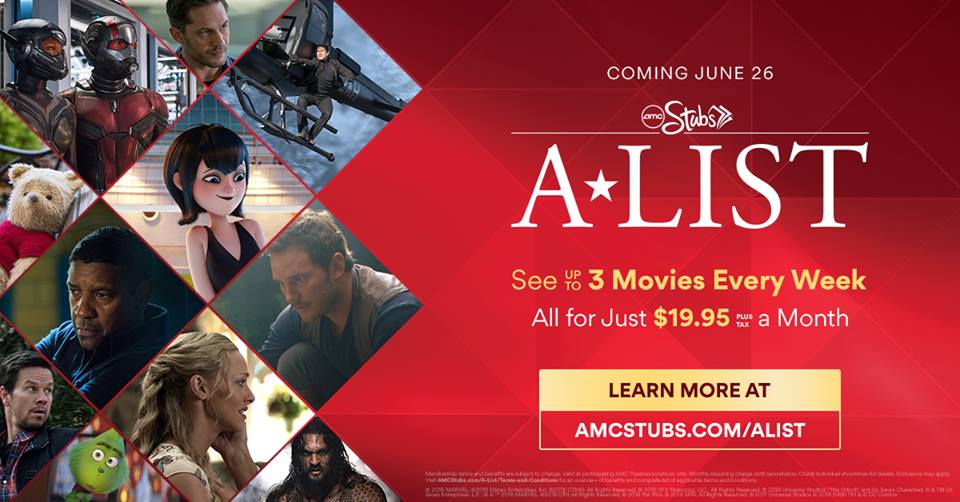 If we’re talking about whether MoviePass is a good deal, we can’t neglect to mention Stubs A-List, the competing subscription service from AMC. This service is $19.99 and allows you to see up to 12 movies each month at AMC theaters. Unlike MoviePass, you can see any movie you want whenever you want to, you can reserve seats in advance, and you can see films in premium screenings like IMAX and 3D.

Now that MoviePass has raised its price, the difference between MoviePass and Stubs A-List is only $5, less than what surge prices were this past weekend.

This means that if you see a lot of mainstream film releases and you have a good AMC theater near you, A-List is very clearly the better deal at this point; with MoviePass and its surge pricing system, your monthly bill is probably going to end up being more expensive than A-List’s price tag, and A-List doesn’t have any of the annoying restrictions and service issues.

On the other hand, switching to A-List won’t work for everyone, namely those who don’t have a good AMC near them or those who watch a lot of independent films that aren’t available at their AMC theaters. Those who fall into that second category will just have to hope that these changes allow MoviePass to stay in business for the foreseeable future.