Is Nude the New Trend in Reality TV? 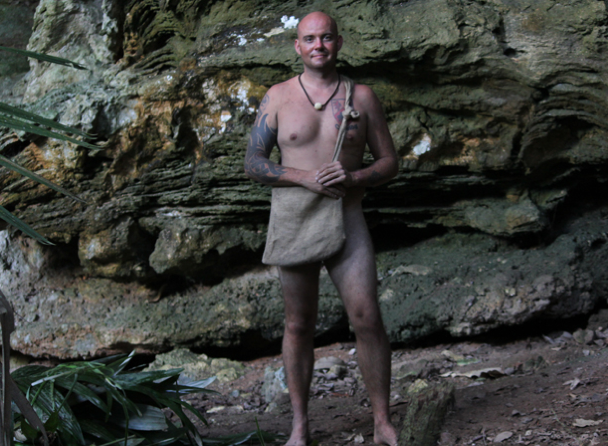 VH1 is making headlines for green-lighting a new reality show called Dating Naked that places contestants on dates while in the nude, throwing light on the growing trend of nudity-based reality programming without much else in the premise besides nakedness. The network announced on Wednesday that one of the shows in its “hot new summer lineup” includes Dating Naked, a reality show in which one man and one woman have to choose between two different naked potential mates whom they attend dates with in an exotic location.

“The series will play with the idea of what it really means to be naked in the search for love. Would your quest be more successful if you truly had nothing to hide? There’s no clothing, no jewelry, no phones and no conventions of society.  Just you. Filmed on a remote exotic locale, each close-ended episode will feature a man and a woman as they each date two different, naked suitors,” VH1 said of the series, which is set to premiere on July 17.

Uproxx pointed out that there is already a Dutch version of the show, which is set on an exotic island and doesn’t blur out anyone’s parts in all their naked glory, which VH1 will definitely have to do. The website even provides a link to a very not-safe-for-work clip from the show, which was helpfully translated from the Dutch by a Reddit user, if you’re interested in seeing what full-frontal television looks like.

Naked seems to be a new(ish) trend in reality TV, as trashy reality shows have frequently featured lots of nudity, but the entire premise has not been based on seeing people sans clothing. The formerly science-based Discovery Channel already as a reality show called Naked & Afraid, in which contestants are stripped of their clothing and put out in various wilderness situations, where their attempts to survive the perils of hardcore camping without clothes are documented. Much of the show focuses on documenting the different maladies the contestants suffer, including tons of insect bites and other injuries afflicted by the wilderness.

Naked & Afraid follows a man and a woman who have never met before as they are placed in an wilderness setting stripped of their clothing and given nothing but one personal item. The couple are challenged to spend 21 days surviving in “some of the world’s most extreme weather environments” without being provided with food, water, or clothing. Discovery even had the genius idea to deprive the show’s contestants of any kind of prize aside from “their pride and sense of accomplishment,” meaning the network can cash in without even having to spend any money on an incentive for people to take on the insane and degrading challenge.

Meanwhile, WE tv has ordered a pilot for an American version of the hit U.K. show Sex Box. The premise of that program is that couples who are having issues are sent into a soundproof box to have sex. Then, immediately after they’re done, they sit down with a panel of therapists to talk about their issues, which “fosters conversations about intimacy that are completely filterless and emotionally honest,” according to WE tv, as reported by Deadline.

Reality TV seems to be getting racier each year in an attempt to snag more viewers. Before, shows like The Bachelor and Survivor promised lots of sex and nudity — now, it seems the show’s title and entire premise needs to be based on nakedness in order to attain the shock value necessary to get people to pay attention. While the U.S. has more puritanical guidelines for what can and can’t be shown on network television, viewers are used to seeing graphic violence and nudity on many premium cable channels, and network TV is trying to keep up with what it seems like viewers want.

Of course, reality TV doesn’t have to be the only place for nudity on network television. There’s already a popular online subscription service called Naked News that features hot female news anchors reporting on real new items while taking their clothes off. The show first ran as a late-night TV series on a network in Toronto but is currently only available online.

Pornography, of course, is a multibillion-dollar industry and has been for years. It’s no news that lots of people like to watch other people having sex. The concept seems to have become so acceptable that we’re willing to watch shows like Naked & Afraid on standard cable at 9 p.m. Is this a part of what actress and feminist Rashida Jones has called “the pornification of popular culture”? How far will it go? Do these questions even matter if people want to watch nude reality shows so much that they’re willing to sit through advertisements to see them?

Whether the fad makes you want to give three cheers for capitalism’s ability to make anything OK so long as it sells or call for a new plague to send humanity to its deserving end, nude is the new scantily clad for reality TV.