Is Scarlett Johansson Taking On Gamergate in Next Movie? 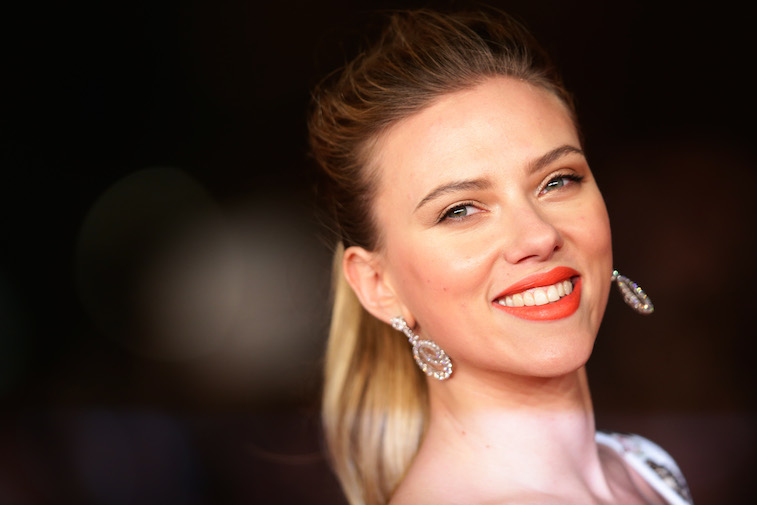 Scarlett Johansson may take on Gamergate for her next big movie. The actress is reportedly circling a starring role in the impending film adaptation of game designer Zoe Quinn’s upcoming memoir, Crash Override: How to Save the Internet From Itself.

According to Deadline, Amy Pascal recently acquired the film rights to the much-buzzed-about memoir, which is being published by Touchstone/Simon & Schuster next fall. The property sparked a heated bidding war between several studios and TV outlets, with Pascal eventually coming out on top via her production banner, Pascal Pictures.

Though the book isn’t completed yet, the movie deal is reportedly based on the proposal entitled Control Alt Delete, which tells the story of how independent video game creator Quinn became a central figure in last year’s Gamergate scandal.

For those not familiar with the widely-discussed controversy, here’s the abridged version: Quinn rose to prominence in 2014 after creating the acclaimed interactive game, Depression Quest. Shortly after, her ex-boyfriend wrote a blog post accusing Quinn of having an affair with a gaming journalist in order to garner positive reviews for her work. The post went viral and Quinn — along with other woman in the field, like game critic Anita Sarkeesian and game developer Brianna Wu — soon became the targets of online harassment and abuse from irate gamers in the community ostensibly fighting for ethics in gaming journalism. In the face against these attacks, Quinn decided to fight back, setting off a highly controversial conversation about  pervasive sexism in the gaming industry.

Now, she’s bringing her story to the big screen. Per Deadline, Rebecca Angelo and Lauren Schuker Blum are set to adapt the forthcoming memoir. Meanwhile, Pascal will produce the film project along with Rachel O’Connor and Entertainment 360.

As Quinn describes, the proposal and potential movie won’t be directly about Gamergate, but about the chauvinism in niche interests, like gaming. As she explains:

Gaming and internet message boards used to be niche interests, mostly for young men. In the past few years, however, they’ve gone mainstream. Millions of people — including women and other marginalized people — have taken an interest in the platforms, image boards, and discussion forums that once belonged by default to a much smaller population. Most gamers give zero fu*ks about this. Like the rest of us, they’re just here to play games. But a vocal minority are clinging onto the brand of Cheetos-and-Mountain-Dew exclusionary identity ‘hardcore gamer,’ muttering ‘fu*kin casuals’ under their breath.

The movie is in the early stages of development, but it also has yet to land at a studio. Pascal Pictures is set up at Sony, meaning it will likely get first dibs on the project. Meanwhile, Deadline reports that several big stars have already expressed interest in the film, with Johansson at the front of the line. No deal has been officially struck yet, but the actress is said to be “keenest” to take on the starring role.

Whoever does take on the project should expect to face some fire, as Gamergate remains a touchy matter even over a year after it first kicked off. Just last month, two panels at SXSW centering on the issues surrounding Gamergate were temporarily canceled following the threat of violence.

Whether or not the Crash Override movie comes to fruition and Johansson’s casting becomes official remains to be seen. In the meantime, the actress can be seen reprising her role as Black Widow in next year’s Captain America: Civil War and starring in the adaptation of Ghost in the Shell, due out in 2017.