Is Shailene Woodley Taking On a Marvel Role Next? 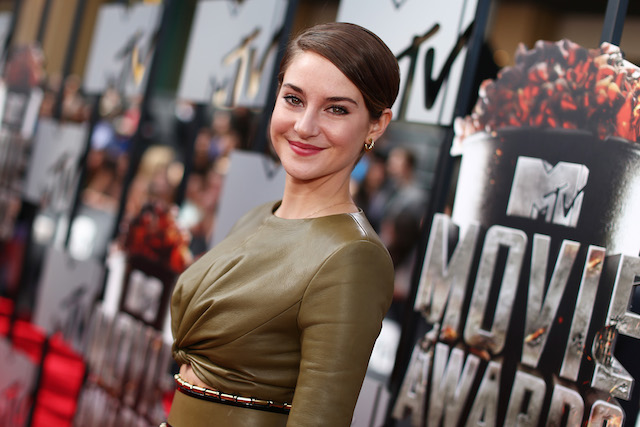 Over the past year, Shailene Woodley has transformed from a fixture on teen TV to a bonafide movie star, thanks to hit films like The Fault in Our Stars and Divergent. Now, it looks like she’s ready to take on another genre: superhero movies.

In a recent interview with MTV UK, the actress revealed that she’s interested in playing a superhero in a comic book film — under one specific condition. “I would love to be in a superhero movie if it was Marvel,” she said. Woodley further elaborated on her preference for that particular studio, explaining to MTV UK: “Their movies are so much fun to watch. They take you on a ride. I love how they’re all interconnected.”

Woodley has dipped her toes into the world of comic book adaptations in the past. She was scheduled to appear in Sony’s Amazing Spider-Man franchise as Mary Jane Watson and even filmed scenes for this year’s Amazing Spider-Man 2. But her role was eventually scrapped in order to maintain focus on the love story between Andrew Garfield’s Peter Parker and Emma Stone’s Gwen Stacy. While the Spider-Man part may not have panned out, it seems the actress hasn’t yet ruled out the possibility of taking on another comic book character.

“There’s something about going to those big blockbuster films where you watch people fly across the sky and have long stretchy arms or these supernatural powers,” Woodley said of the genre’s appeal to MTV UK. “It’s a form of escapism.”

Given her career trajectory as of late, taking on a superhero movie wouldn’t be too big a leap for Woodley. The star has made a name for herself with acclaimed indies like The Spectacular Now and White Bird in a Blizzard, but has also recently proven herself to be a major box office draw with high-profile films.

The rising actress already has a notable action franchise under her belt as the lead in the YA adaptation Divergent, a role she’s set to reprise in the sequel Insurgent, out next year. The first film in the post-apocalyptic series performed well at the box office, debuting at No. 1 in its opening weekend this past March and grossing more than $288 million worldwide. The success of that movie, combined with the equally popular tearjerker The Fault in Our Stars, has increased Woodley’s profile considerably. With her star power only growing, it’s easy to see her taking on a comic character in the future.

As for whom she could potentially play, there is no shortage of options. Marvel unveiled its film slate through 2019 in October, and there are still several female roles that have yet to be cast — including that of Captain Marvel (although Woodley is younger in age than the character) and some of the Inhumans characters, like Medusa and Crystal. Guardians of the Galaxy director James Gunn has also already revealed that he’s planning on introducing more female characters in the coming installments, so that’s a possibility as well.

Fans will have to wait to see if Woodley’s superhero aspirations ever come to fruition. In the meantime, the actress has plenty on her plate. Aside from her part in 2015’s Insurgent and the following two Allegiant films, she’s also set to play the girlfriend of Joseph Gordon-Levitt’s Edward Snowden in Oliver Stone’s forthcoming biopic, due out in 2016.