Is Snoop Dogg’s Life Interesting Enough for a TV Show? 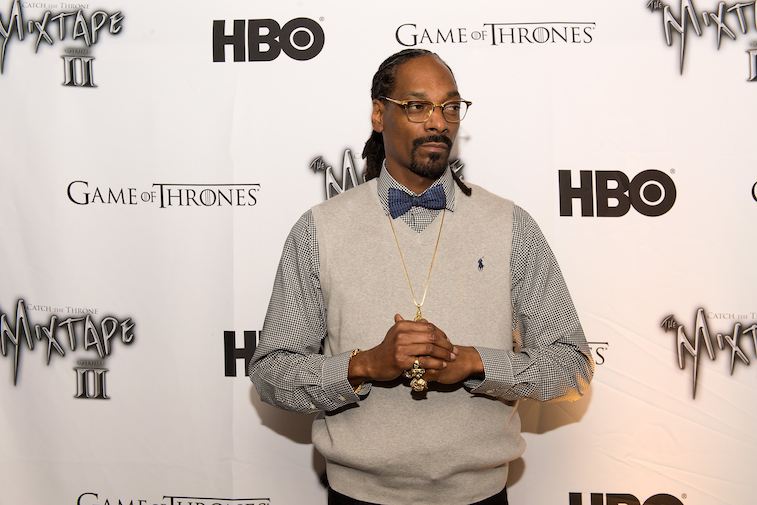 Snoop Dogg was a keynote speaker at the South by Southwest music and arts festival in Austin, Texas this year. Aside from a funny story about eating Kentucky Fried Chicken with Willie Nelson, the best nugget that came from talk was that Snoop is planning an HBO series based on his early days growing up in Long Beach, Calif. While much of the rapper’s recent music has been more commercial and less critically acclaimed than his iconic hip-hop from the 1990s, this show has the potential to actually be a good project from the eccentric star.

The conversation was moderated by Snoop’s manager Ted Chung, who revealed that Menace II Society co-director Allen Hughes is developing the show with the rapper. “HBO’s the No. 1 network in the world as far as developing and having these types of shows come to life,” Snoop said, per Billboard. “To be able to work with Allen Hughes… this is like a dream come true to be able to tell a story that’s gonna be told the right way, on the right network.”

Snoop Dogg grew up in Long Beach and began rapping during his teenage years in the 1980s. That same period also saw him increasingly getting in trouble with the law after becoming involved with the Crips gang in Long Beach, according to a Rolling Stone cover story in 2006. After graduating from high school, Snoop bounced in and out of jail and prison over drug-related offenses. During that time he also began recording rap mixtapes and collaborating with other Long Beach-based West Coast rappers before being discovered by influential producer Dr. Dre.

Though he didn’t go into much detail about the show, presumably a series based on his early life in Long Beach would be about those events in his youth and early career. Allen Hughes is an excellent choice to helm, as his directing credits along with his brother Albert include Menace II Society, Dead Presidents, and American Pimp, all of which involve African American life and struggles on the streets.

Hughes passed a question on for Chung to ask Snoop at the keynote panel, about how he thought his sound crossed the heavily divided worlds between East Coast and West Coast rap of the 1990s. “When I was a kid, my mother told me to love people no matter what their color was,” Snoop explained. “So I built up a thing called love. I didn’t have hate in me.”

This show could be the thing to save Snoop Dogg’s career, which seems to be more about making money and a spectacle than good music these days.

With HBO’s soaring reputation for creating the highest quality television and the subject matter of the early 1990s West Coast rap world, the scant details about the show seem like they could make for a success. ABC’s hip-hop family drama Empire has been a huge hit for that network, but the subject isn’t one that has been completely played out yet. The world of the Long Beach ‘hood where Snoop Dogg and his early colleagues came of age is a long way from the high-class dramas that play out on Empire, even though both are concerned with similar music. We don’t have many details yet, but this show could be the best thing Snoop has done from a critical standpoint in many years.