Is ‘The Rock’ Set to Become a DC Superhero? 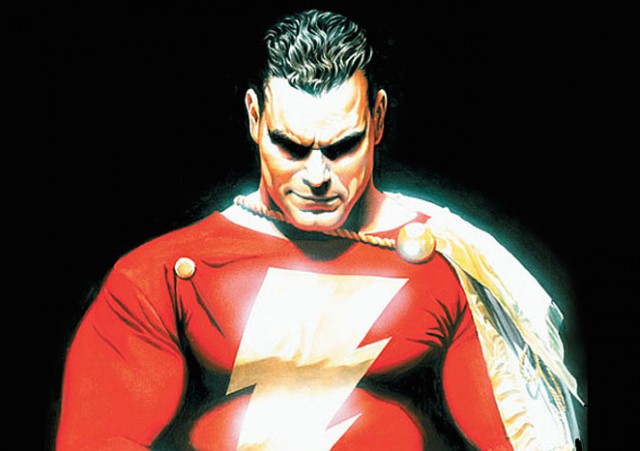 Despite the veil of secrecy that usually accompanies Warner Bros.’ DC superheroes, Dwayne Johnson, also known as The Rock, has thrown out some huge hints in recent days about his possible involvement in the DC Cinematic Universe. With San Diego’s Comic-Con starting this Thursday, it’s looking more and more likely that Warner Bros. is readying itself to make some big announcements at the United States’ largest Comic-Con convention.

Johnson’s comments came about in an interview for Total Film magazine regarding his role as Hercules in the upcoming film of the same name. Asked what potential DC comics character he would love to play, he said responded, “There’s a character out there that we’re gonna announce very soon that I’m gonna play, and I’ll just say this — it’s the power of Superman.” He then added, “This character has the power of Superman, he can throw down — just say the word, that’s all I’m gonna say.”

For fans of the comics, both Johnson’s description of the character having “the power of Superman” and his wink-wink of “just say the word” point directly towards the DC superhero Shazam, the current name of the classic hero Captain Marvel. The alter-ego of Billy Batson, Shazam is armed with increased strength, speed, wisdom, and the power of the flight. “Just say the word” seems to directly hint at the hero’s ability to transform by saying the word “Shazam.”

First appearing in Whiz Comics #2 in 1940, Captain Marvel was one of the most popular superheroes of the 1940s, and in 1941 became the very first comic book hero to be adapted to film in the Adventures of Captain Marvel film serials. But due to legal conflicts with Marvel Comics, who also has a character named Captain Marvel, DC Comics renamed the character Shazam when it relaunched the character in 2011.

Johnson’s Shazam hints would also match up with the fact that Warner Bros.’ has been developing a film based on the character for years — something Johnson touches upon by saying that him and DC had spoken for years trying to find the right character for him. It would also seemingly confirm the legitimacy of a recently circulated DC/Warner Bros. film slate, which showed a Shazam film listed and is purported to have been leaked from the studio.

The ease in which Johnson relayed the clues make it all the more likely that Warner Bros. and DC are planning big announcements for Comic-Con. If the leaked film slate is actually the real thing (which seems more and more likely), it appears we’ll soon see announcements of Shazam, along with Sandman, Justice League, Wonder Woman, a Flash and Green Lantern team-up, and Man of Steel 2.

After last year’s blockbuster announcement of Batman v Superman: Dawn of Justice, it appears that DC might find actually find a way to outdo itself once again.