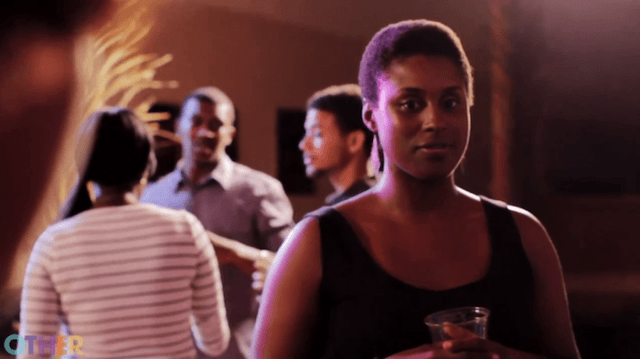 HBO may soon be adding another female voice to its slate. The network has just greenlit the pilot for Insecure, a developing comedy project starring the hugely popular online comedian, Issa Rae.

Rae is known for her widely successful web series, The Misadventures of Awkward Black Girl, which she started after failing to find an accurate representation of young, black females in mainstream media. The show gives an honest and realistic portrayal of her experiences in contemporary society. Since the show’s online debut in 2011, Awkward Black Girl has garnered over 20 million views and over 180,000 subscribers on YouTube. It also won Rae the Shorty Award for Best Web Show in 2012 and has landed her a spot multiple publication’s top lists, including Rolling Stone’s 23 Funniest People in America and Forbes’s annual “30 Under 30.”

Co-created and written by Rae and The Nightly Show’s Larry Wilmore, Insecure will reportedly center on similar themes as Awkward Black Girl. As described in HBO’s official synopsis, the series will chronicle the “awkward experiences and racy tribulations of a modern day African-American woman.”

According to TheWrap, the project has been in the works for over a year. The series was originally set up at the network in the summer of 2013. Rae is set to serve as executive producer alongside Wilmore, although it’s unclear if the latter will be involved in the project in any other capacity now that he’s headlining his own late-night talk show on Comedy Central.

Now that it’s gotten a pilot order, the project is still looking to secure both a director and a showrunner. Per TheWrap, 3 Arts is also producing the series, with Michael Rotenberg, Dave Becky, and Jonathan Berry serving as co-executive producers. The show will likely be part HBO’s 2015-2016 programming slate, should the pilot eventually get picked up to series.

Insecure is only the latest female-led series that HBO has recently confirmed is in the works. The network seems to be putting an extra emphasis on female comedy vehicles during this year’s pilot season. In addition to Rae’s Insecure, Sarah Jessica Parker’s half-hour show, Divorce, is also in the works. The project would bring Parker back to the network over a decade after the end of Sex and The City.

Also underway at HBO is the still-untitled, single-camera comedy starring Sarah Silverman. The developing series would reportedly star Silverman as a pathologically honest woman having a modern mid-life crisis.

Should it get picked up to series, Rae’s show would add some much-needed diversity to the scripted original programming on premium cable networks and be one of the few culturally-themed shows on TV told from a female perspective. In the meantime, the comedian will stay plenty busy. She recently launched ColorCreative.TV, a place exclusively for diverse talent, which aims to to move beyond the web series space and into television. For those looking to get a taste of her work before Insecure, Rae has a collection of reminiscent essays, entitled The Misadventures of Awkward Black Girl, scheduled to hit shelves on February 10.