It’s Time to Cut Down on Spin-Offs, Reboots, and Sequels 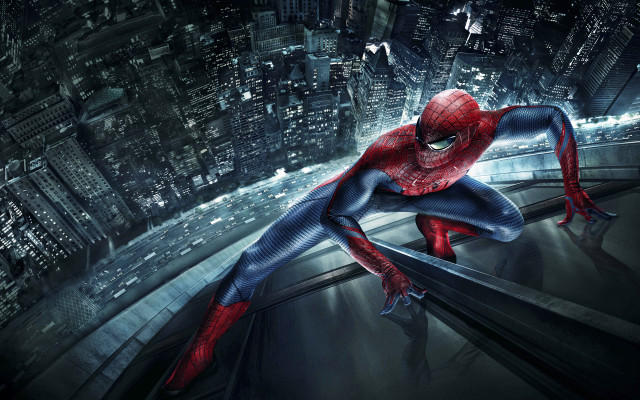 Nowadays, you can’t swing a cat without hitting a reboot, spin-off, sequel, or adaptation, and for good reason. A sequel is comfortable. A spin-off is familiar. An adaptation is the realization of your favorite universe to the silver screen. A reboot is a poorly made (or even well-made but old) movie redone to be bigger and better than ever. But what happens when this is all movie studios will green-light? The answer to that question lies within the film industry as we know it.

Of the top 10 grossing films last week, seven of them fall in the spin-off, adaption, reboot, or sequel category (let’s call it SASR for the sake of the simplicity), according to RottenTomatoes. This alone should tell us the “why” of our current situation. But look even further and you’ll see that, according to Box Office Mojo, seven of the top 10 grossing movies of all time are SASR films, and two of the non-SASR films have sequels coming. SASR flicks are almost always the safe choice when it comes to raking in money. The process is simple: Take a recognized and successful property, draw in a built-in audience, make obscene amounts of money, lather, rinse, repeat. Whether it’s Twilight, or any number of Marvel’s superhero movies, it’s a formula that’s been lining pockets for over a decade now.

Like all good things though, there’s such thing as too much. The collective willingness of moviegoers to pour their money into seeing SASR movies has led to things like Michael Bay’s Transformers films making at least $200 million at the box office each, with each more incoherent and louder than the last. But as long as it continues to make money as a familiar, easy-to-watch franchise, studios have no vested interest in making even remotely quality cinema. If explosions and American flags are all it takes to rake in nine figures at the box office, then explosions and American flags are what we’ll get.

We exist in the binge-watching generation. If you find a show on Netflix you enjoy, there’s a safe bet you’re holing up for the next three days to power through all 60 episodes. This attitude carries over to the way we take in movies. We see Iron Man, we like Iron Man, and we want more of Iron Man. Movie studios saw that and gave us two movies each for Thor and Captain America, two more Iron Men, a pair of spin-off TV shows, a few Netflix shows, and a slate of franchise sequels planned out through 2019. Meanwhile, MTV reports Spider-Man will be getting a second reboot inside of 15 years and some spin-offs from Sony and DC have a slate of movies planned out through 2020 to go with three hit TV shows of their own (Arrow, The Flash, and Gotham).

At some point, this bubble will have to burst. Already we’re seeing a waning interest in movies adapted from YA series like Twilight. Even with Hunger Games as the one notable exception, YA adaptations haven’t had a great year. The last non-Harry Potter/Hunger Games/Twilight film to crack the top 20 in all-time gross for an adapted YA series was Divergent at 17th, according to Box Office Mojo. Thankfully, Marvel hasn’t phoned in their docket of superhero SASR movies just yet, but it stands to reason that the more we’re willing to see them, the less they’ll have to try. When it comes to SASR, it seems as though increasing demand runs hand-in-hand with decline in quality.

That’s not to say there’s no value to be had in SASR franchises. The only real dud in the Marvel universe so far has been the second Iron Man movie, and even that had sheer entertainment value. Ever since the Dark Knight got its gritty reboot from Christopher Nolan, people are suddenly enjoying Batman again. But let’s not adapt every single comic book universe. A great example of this excess lies in Marvel’s next TV project, Agent Carter. The description on Wikipedia alone begs the question: Why?

[Peggy Carter] must balance doing administrative work and going on secret missions for Howard Stark while trying to navigate life as a single woman in 1940s America.

A show where “balancing administrative work” is the premise tells us immediately that the overreaching may already have begun within the superhero franchise. While Agents of SHIELD continues to chug along successfully, it may be time to take that as a sign to focus on the well-produced properties already in existence, rather than continuing to spread resources thinner yet.

Meanwhile, original works like Christopher Nolan’s Interstellar give us hope for a future where original films can be the law of the land once again. With his deep space thriller featuring stunning IMAX quality visuals, Nolan’s created a piece of work not adapted from any book or needlessly rebooted from a previously existing franchise, hauling in $147 million at the box office so far. What we have is a case study for a future of film that could and should be: One that features the most talented creative minds in Hollywood building from the ground up.

So what can we do as viewers? For one, we can be more judicious in what movies we give our money to. Maybe don’t spend that $15 on seeing Transformers 17: Revenge of the Exploding American Flag in 3D. Maybe 9 Fast 9 Furious featuring Michelle Rodriguez and 15 Michelle Rodriguez clones all with permanent frowns and white tank tops won’t be worth your hard-earned cash. When the next Expendables flick calls on Mike Tyson, Hulk Hogan, and a Dwayne “The Rock” Johnson cyborg, let’s stay home and marathon our way through The Wire. This is a market that we, the consumers, control, and it’s high time we started exercising that control.