It’s Time to Put the ‘Cinderella’ Story to Bed 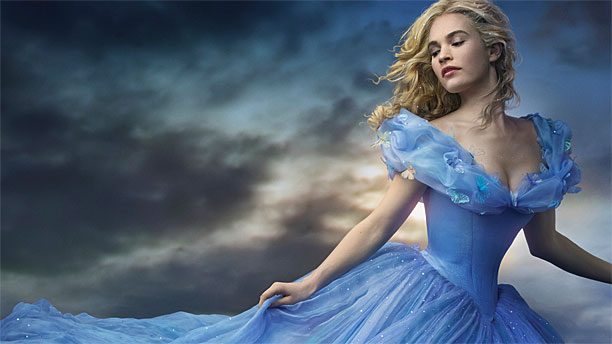 The story of Cinderella is perhaps one of the oldest in all of fantasy. Disney’s iconic take appeared back in 1950, but even that came half a century after the first try at at the tale by the legendary George Melies. But that Disney version set the tone, spawning decades of remakes, adaptations, parallels, and stage productions, making it one of the most retold stories in all of Hollywood. It’s your classic rags-to-riches princess story, translating easily to younger audiences while allowing at least some room for creative license from version to version.

The latest in the long line of adaptations released just this past weekend, directed by Kenneth Branagh and widely regarded as a halfway decent movie. It’s sitting at an impressive 84% on Rotten Tomatoes, and critical consensus has it pegged as “refreshingly traditional.” So why is it the last straw for the Cinderella story? Let’s look at the facts. Since George Melies’s 1899 version, this is a story that’s been strip-mined, picked at, and reinvented upwards of 37 times. In just the last four months, we’ve had two separate adaptations, with Into the Woods as well as Branagh’s. Simply put, the most-told tale in all of fantasy has officially reached the end of the road.

How much can you continue to tell a story with elements that never really change from version to version? A sad girl with an evil stepmother gets a magic dress, goes to a ball, leaves a shoe behind, and lives happily ever after. The same story beats dominate every adaptation, taking us to the point where we’ve milked every ounce of usefulness out of Cinderella.

In the midst of the largely positive reviews and a monstrous $70 million opening weekend, a few other critics came forward with some poignant criticism. In an open letter to Branagh, Wired notes that “the nicest thing to say about (Cinderella) is that it’s a perfectly adequate love story. It’s just…wholly unnecessary.”

Meanwhile, the A.V. Club described it “like an antique cut-crystal vase: gorgeous, fragile, empty.” You can dress up an old story with beautiful costumes and bright colors, but you can’t escape the fact that you’re retelling a tired tale.

What’s perhaps even more interesting is that the original story published in 1634 didn’t have any of the pumpkin carriages or glass slippers of the Cinderella we’re all too familiar with today. This older version has our title character acquiring a dress from a fairy living in a date tree, falling in love with a handsome king, and running away from him three times before he finds her after inviting every maiden in the land to his castle to try on a shoe she left behind on her third attempt at fleeing. If anyone wants to take on Cinderella in the modern day, they should look no further than the very first telling for ways to do something truly unique.

Given the astronomical opening weekend that Branagh’s Cinderella took home, this certainly won’t be the last we see of this particular story. In fact, we’d be shocked if Disney didn’t immediately start planning live-action adaptations for all its animated princesses in the wake of this. All we can do is hope that next director to take on Cinderella will look somewhere past the traditional telling for something we haven’t seen yet.