J.J. Abrams Is Taking Hollywood Back Away From CGI Mania 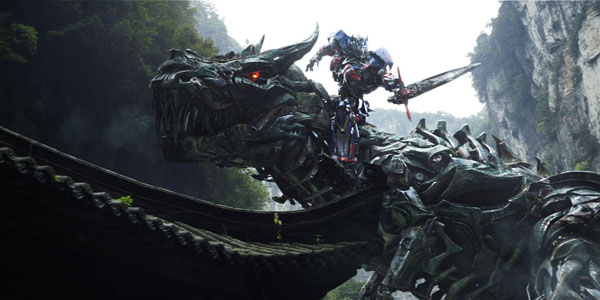 Most anyone who’s been in a movie theater in the last 10 or so years has witnessed the expansion of CGI effects, especially in the action and sci-fi genres. We’ve even gotten to the point where some are shot almost exclusively against a green screen (we’re looking at you, Avatar). It’s led to some strange, unforeseen consequences, where actors accustomed to working in actual places speaking to real people are forced to act out whole scenes talking to a stick in an empty green room.

Yahoo! Movies even cites a report from the filming of the The Hobbit, where Ian McKellan broke down into tears on set, after being forced to spend days acting alone in green screen purgatory, lamenting that “this is not why I became an actor.” He even admitted that the experience made him consider quitting the business altogether, bringing us to the question: If such a method for filming could break down a legend like Ian McKellan, is this really the best way to do things?

On one hand, advances in visual effects these last few years have made us able to create vast universes that audiences never would have thought possible. But it’s also led to a valuation of CGI over storytelling, leading to bombastic cluttered messes like Michael Bay’s Transformers franchise. When all studios care about is making money, they see no problem in abandoning things like writing and acting in favor of explosions and effects that will put butts in seats on opening weekend. But one director is attempting to bring us back to a place of reason.

Recently, J.J. Abrams sat down with Collider to dish on Star Wars: The Force Awakens, giving few details on the actual plot, but plenty on his strategy for the visual effects. One of the biggest criticisms of George Lucas’s newer trilogy was his dependency on green screens, a stark comparison to the original that featured almost all hand-built sets. Despite admitting the need for a movie set primarily in space to have some modicum of CGI, Abrams did promise something that makes us more than a little excited (emphasis is ours):

There are obviously an enormous amount of CG effects in the film, and I can’t wait for you to see the combination. But it was very important that we build as many sets as we could and that the film have a tangible, sort of authentic quality that you believed that these things were actually happening in a real space with real sunlight.

One of the major pitfalls of movies like The Phantom Menace was the flat delivery of lines from otherwise great actors, likely a byproduct of being forced to interact in a sterile room rather than on location. The real hope with The Force Awakens in the wake of this is that Abrams will lead a greater movement in Hollywood away from its almost compulsive dependency on CGI. Once the movie inevitably breaks box office records, we could very well see our first major practical effects success story in years. After this, we’ll just need the rest of the industry to follow suit and step away from their respective computers.