J.K. Simmons Will Show Off Funny Side in ‘The Runaround’ 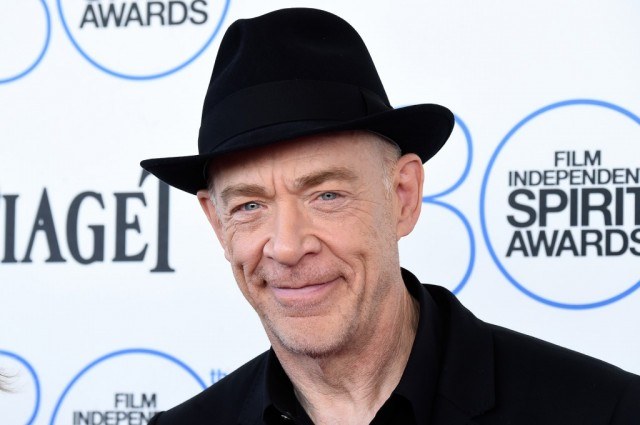 J.K. Simmons took home an Oscar for his dramatic role in Whiplash, but now he’s getting ready to show off a funnier side. The actor has signed on to star opposite Emile Hirsch in the upcoming buddy comedy The Runaround.

Written by Seth W. Owen (Peepers, the upcoming Morgan), The Runaround will feature Simmons as a workaholic father who attempts to visit his daughter during a last-minute layover in Los Angeles only to find out that she’s disappeared. He’s then forced to team up with her awkward ex-boyfriend (Hirsch) in order to figure out where she is over the course of one night.

According to The Hollywood Reporter, Gavin Wiesen, who wrote and directed 2011’s The Art of Getting By, has signed on to direct the film. Ron Perlman (Sons of Anarchy) and Josh Crook (Salvage) will produce alongside Mandy Tagger Brockey and Adi Ezroni (The English Teacher), and George Voskericyan and J.M.R. Luna (The Helicopter Man).

“The producers have assembled a top-notch cast including J.K. Simmons, who is on everyone’s wish list after wowing audiences everywhere with his Oscar-winning performance in Whiplash, and the versatile Emile Hirsch on board. The script is a wildly entertaining ride from start to finish and we can’t wait to bring this film to audiences,” said Lisa Wilson and Myles Nestel, co-founders of The Solution Entertainment Group, which is handling the movie’s international rights.

The Runaround marks a more lighthearted role for Simmons, who is best known for his work in dramas, both in film and on TV. In addition to his Academy Award-winning turn in last year’s Whiplash, the actor has also earned critical acclaim for his past roles in TNT’s police procedural The Closer and HBO’s crime drama Oz. He previously starred in several seasons of Law & Order, as well.

But though he may be primarily known for his dramatic gigs, The Runaround won’t be the actor’s first foray into comedy. He has previously held guest roles on The Simpsons and Men At Work. He also briefly starred in ABC’s short-lived 2013 comedy Family Tools and NBC’s now-canceled family sitcom, Growing Up Fisher. On the big screen, he recently co-starred in Hugh Grant’s romantic comedy, The Rewrite. Given his experience in the genre over the course of his career, Simmons should have no issue embracing his more comedic side as the lead in The Runaround.

The upcoming movie is only the latest notable project Simmons has on the pipeline. The in-demand star has a very big year ahead. He will co-star alongside Arnold Schwarzenegger in this summer’s highly anticipated Terminator Genisys and will appear in the comedy sequel Still Punching the Clown, as well. The actor is currently filming the comedy drama The Meddler and is also set to appear in Ben Affleck’s action thriller The Accountant. Also on his jam-packed slate? The forthcoming drama The Lake and the action adventure-fantasy flick Kong: Skull Island.

As if that wasn’t enough, Simmons is also set to make a return to the small screen soon. As announced earlier this month, the star has signed on to headline Starz’s new supernatural drama Counterpart.

No expected premiere date for The Runaround has been released yet, but the film is scheduled to start filming in July.