The Jack Ryan Franchise Will Get Another Chance on Amazon 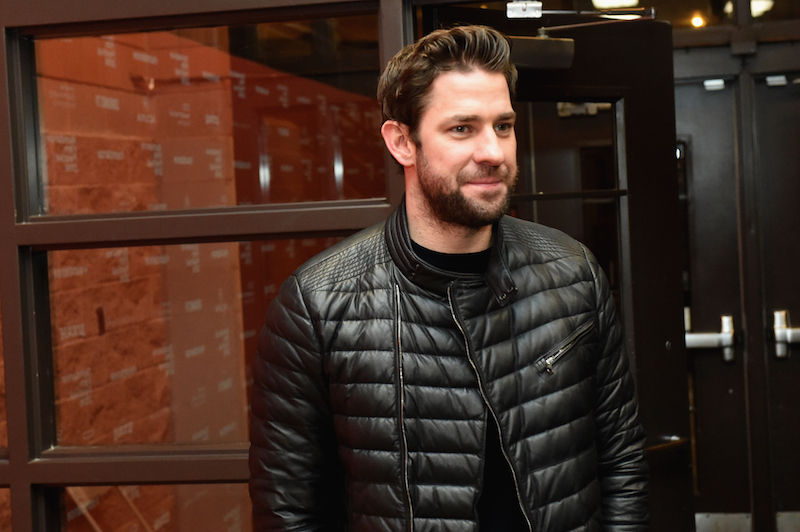 John Krasinski is officially the new Jack Ryan.. The actor has signed on to play the lead role in Amazon’s upcoming drama series based on  Tom Clancy’s popular books about the CIA hero.

Clancy’s series of novels follow the story of Jack Ryan who, medically retired following a helicopter crash, works as an investment broker before taking a position at the U.S. Naval Academy. He later joins the CIA, rising through the ranks to Deputy Director and eventually becomes the President of the United States.

Krasinski’s casting comes several months after the small screen adaptation kicked off a heated bidding war between  several networks and digital outlets. Amazon ultimately won out — which is appropriate as the online retailer already sells Clancy’s novels and the Jack Ryan DVDs and also serves as a streaming home to the film versions.

Unlike the first few movies, the new Jack Ryan show reportedly won’t be a direct adaptation of the books. Instead, the series will loosely use the novels as source material in order to provide a more contemporary take on the character “in his prime as a CIA analyst/operative.”

The series hails from former Lost duo Carlton Cuse, who is reportedly a big fan of the books, and Graham Roland, who was partly drawn to the project due to his background as a veteran U.S. Marine. The two will also serve as executive producers on the project alongside Michael Bay’s Platinum Dunes, Skydance Media and Paramount TV.

Krasinski will be the latest of a handful of actors to take on the role. Prior to him, four different actors have portrayed Ryan on screen: Alec Baldwin in 1990’s The Hunt for Red October, Harrison Ford in 1992’s Patriot Games and 1994’s Clear and Present Danger, Ben Affleck in 2002’s The Sum of All Fears, and Chris Pine in 2014’s Jack Ryan: Shadow Recruit.  However, the Krasinski-take will mark the first television adaptation — marking a new forum for the Jack Ryan franchise, which has earned mixed results on the big screen over the years.

The last attempt at a film adaptation, Jack Ryan: Shadow Recruit, earned a mediocre critical response and delivered a disappointing box office performance. Even Pine himself admitted that the movie was a miss, telling Moviefone, “That [film’s] one of my deep regrets, that we didn’t totally get that right. It’s a great franchise and if it’s not me, then I hope it gets a fifth life at this point.”

That fifth chance has now arrived, thanks to Amazon. The company is clearly hoping to revitalize the franchise with its updated small screen take. While the project does not an official green light yet, the intention has always been for it to go straight to series and the casting of Krasinski, who has been highly sought after for various TV projects, will likely seal the deal.

This will be the latest action-oriented role for Krasinski,who most recently teamed with Bay on this year’s 13 Hours:The Secret Soldiers of Benghazi .

Viewers will have to stay tuned for more specific plot and casting details on the series, as well as an expected start date for production. In the meantime, Amazon is continuing to expand its TV slate,with several original series, including one from director Woody Allen, still set to premiere this year.