Jackie Chan Is Back in Action … As a Film Festival Programmer 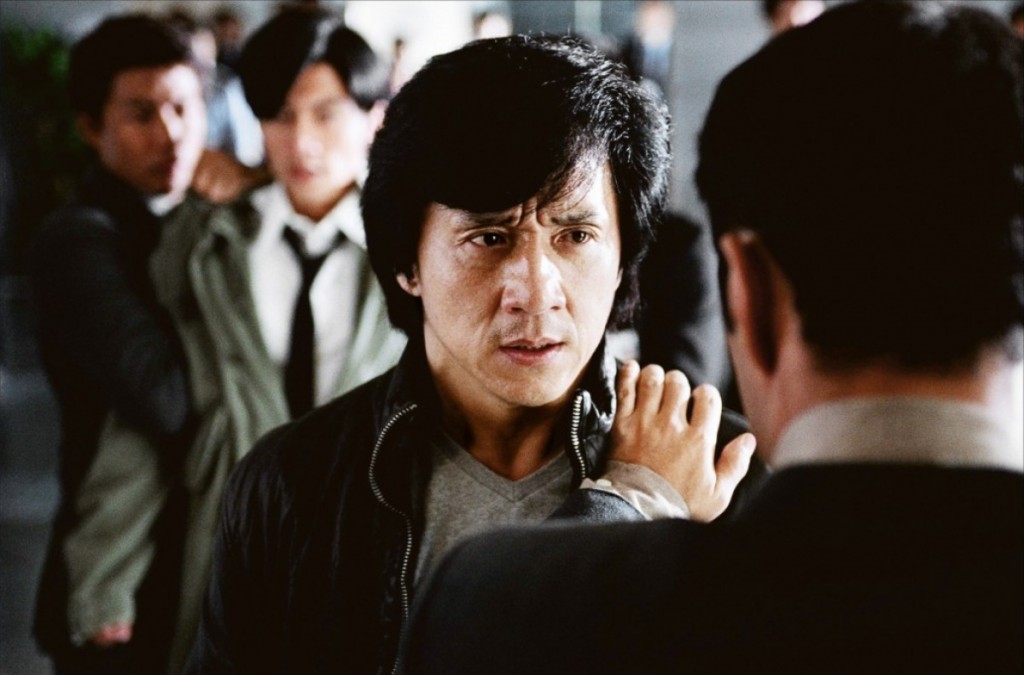 Jackie Chan’s star has dimmed somewhat in the U.S., but to action movie aficionados and appreciators of physical comedy, Chan is one of the all time greats. He has the effortless charisma of James Dean, but goofier; the screen presence of John Wayne, but without the imposing alpha-male staunchness; and the comedic physical prowess of Buster Keaton, but with added doses of zaniness.

An action movie neophyte who’s never seen a classic Chan film can be forgiven for assuming Chan’s career has been exclusively comprised of Chris Tucker movies. Chan’s best movies have only hit the United States in butchered hack-jobs courtesy of U.S. distributors, with aspect ratios altered and dialogue changed.

From his breakout hit Drunken Master in 1978 to his box office smash Rush Hour series, Chan had a 20-year stretch of unparalleled durability, putting his body through the ringer again and again — spraining joints, breaking bones, cracking his skull, losing teeth, and almost dying (more than once.) His career can be broken roughly into 5 phases:

1. The early movies, more concerned with classic martial arts and intimate fighting than his later films, riffed on the macho popularity of Bruce Lee (who helped get Chan his first important role in Fist of Fury, and who accidentally cracked Chan in the head during filming.) 2. Jack began incorporating more humor into his work in the late-’70s through the mid-’80s, starting with Drunken Master, and 3. gradually began to craft his films into bigger, more awe-inspiring affairs inspired by western blockbusters — like Project A and the brilliant Police Story series, and especially Super Cop. 4. He returned to more comedic martial arts movies with 1994′s The Legend of Drunken Master (aka Drunken Master 2) and the Rush Hour series, before turning to 5. more American kid-friendly material in the early aughts. He’s tried his hand at some darker roles since, but overall he’s been mostly restricted to Chinese movies for the last five years or so.

Jackie Chan’s newest adventure doesn’t involve searching for stolen Chinese artifacts, saving kidnapped children, or dangling from the back of a speeding Chinese ambulance in heavy traffic. It involves programming a film festival.

Jackie Chan’s International Action Week, part of the Shanghai International Film Festival, is set to arrive in 2015. The Shanghai festival is one of the two biggest film festivals in Asia, along with the Tokyo International Film Festival. According to Chan, the event will  “commend excellent filmmakers who have made great contribution to world’s action movies, shown extraordinary performance of action actors and technical innovation of special good effect on international film publishing platforms, guided new action talents, and making great efforts and contribution in passing on Chinese action movie tradition as well as promoting its development” (sic.)

This comes as grand news for Chan fans. During the 2012 Cannes Film Festival, reports stated that Chan said that he was retiring from action films, but Chan took to Facebook the next day to say reports of his retirement had been exaggerated.

Yesterday in my press conference in Cannes for Chinese 12 Zodiac I said that this movie was my last big action movie. Today I was shocked when I woke up to read all the news coverage that I was retiring from doing Action movies. I just want to let everyone know that I am not retiring from doing action movies. What I meant to say is that I need to do less of the life risking stunts on my movies. After all these years of doing so many stunts and breaking so many bones, I need to take better care of my body so I can keep working.

I will continue to do international action movies.

And I will keep improving my English

I love all of you!

Since then, he’s appeared in Police Story 2013, which, like its predecessor New Police Story, is a darker, heavier standalone film unrelated to the comedic Police Story series of the ’80s and ’90s. Chan is also currently filming Dragon Blade, due out in China in February 2015. The film stars John Cusack and Adrien Brody. At a reported budget of $65 million, it will be one of the most expensive Chinese-language films ever made.