James Bond: Why ‘Sicario’ Director May Be a Good Choice For 007 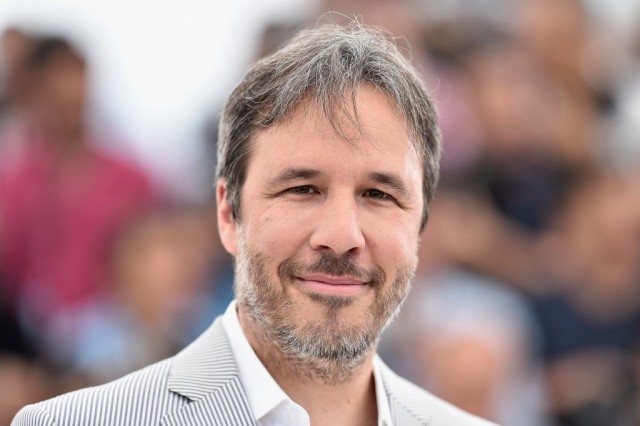 There’s been a lot of speculation lately over who should take over as the new James Bond after Spectre, but that’s not the only important part of the franchise that will need a replacement. With current director Sam Mendes having already indicated that he’s ready to leave 007 behind, the series will need to find someone new to go behind the camera. One filmmaker is throwing his name into the mix of possible candidates. Denis Villeneuve (above), who helmed this month’s acclaimed cartel-themed flick, Sicario, has just expressed interest in picking up the James Bond franchise in the future.

Villeneuve would certainly make for an exciting, if somewhat unexpected, choice for the franchise. As those familiar with his work know, Villeneuve has a knack for capturing the essence of brooding male characters. He also has a way of navigating bleak and tense scenarios, as showcased in his smart and well-received 2013 psychological thrillers, Enemy and Prisoners.

But Villeneuve’s talents aren’t limited to brooding character studies, as he’s proven with the more action-oriented Sicario. While the drama is fast-paced compared to his past projects, the change seems to be working for him. Since premiering at the Cannes Film Festival, Sicario has earned high critical acclaim and currently holds a 92% fresh rating on Rotten Tomatoes.

As Villeneuve told ComingSoon, the chance to delve further into the action sphere is exactly why he finds Bond so appealing. “Action is very cinematic. I’m not someone that loves dialogue – I am someone that loves movement,” he explained. “Action, if it’s well done, can be very poetic and meaningful.”

The director has a similar approach when it comes to dealing with violence in films, as he recently told the Huffington Post. “I don’t want to make a show of violence,” he said, also adding, “When I use violence in a movie it’s just to express the power, the impact of it.”

Since James Bond movies have their fair share of fight scenes, deaths, and other violent acts, Villeneuve’s perspective could work in his favor, should he ever get the opportunity to take on the franchise. In his hands, 007 would be as action-packed as ever, but not overtly violent (something that the iconic series has gotten flack for in the past). If the director’s past works are any indication, viewers could also likely expect Villeneuve to add some of his signature dark intensity to the mix.

Also working in his favor? Villeneuve has previously worked with Skyfall cinematographer Roger Deakins on Prisoners. Though Deakins decided against returning to the franchise for Spectre, there’s a chance that having Villeneuve as a director would bring him back into the fold.

Given his strong credits in the past and his proven ability to jump between genres, Villeneuve seems like a solid contender to take on the Bond mantle. We’ll have to stay tuned to see if the filmmaker actually gets the chance to bring his distinct style to the action franchise. In the meantime, he’s keeping plenty busy. The director is taking on sci-fi next, with the highly anticipated Blade Runner sequel (yes, even Ridley Scott vouches for him) and the upcoming alien drama, Story of Your Life.