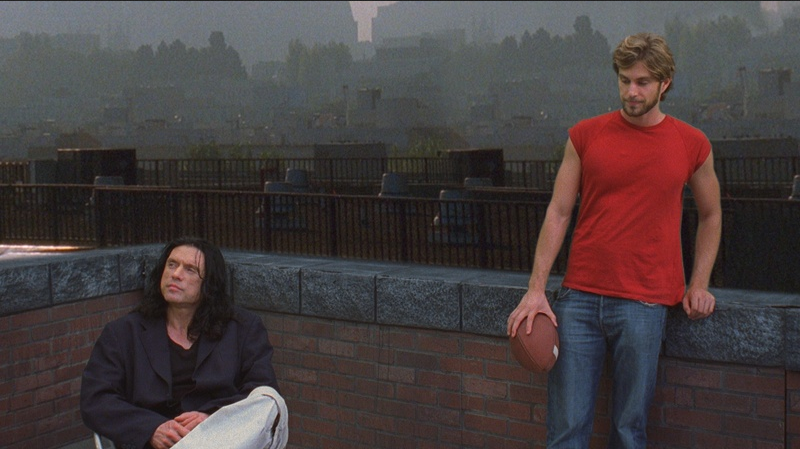 James Franco and Seth Rogen’s movie about the making of the cult classic The Room is moving forward, with James’ younger brother Dave Franco signed on to co-star. Dave made his involvement known when he attended a Los Angeles screening of The Room, which is known by film fans as the worst movie ever made, and asked The Room creator Tommy Wiseau how he felt about the younger Franco playing the actor Greg Sestero and Room character Mark in a movie version of Sestero’s recent memoir recounting the weird story behind the making of The Room.

Sestero published a book last fall written with journalist Tom Bissell titled The Disaster Artist: My Life Inside the Room. The book explores Sestero’s relationship with Tommy Wiseau, the eccentric wannabe actor who wrote, directed, financed, distributed, and starred in 2003′s The Room. Sestero attempts to understand the bizarre Wiseau as their friendship develops, and Wiseau gives the struggling Sestero a starring role in his movie. The film’s production was plagued by a variety of problems, not the least of which that Wiseau had little idea what he was doing. Sestero also writes about how after the film’s release, Wiseau has had to reinterpret his “masterpiece” as a bad movie, as that is why audiences have embraced it.

The publication 3 News attended the L.A. screening of The Room during which the younger Franco revealed his involvement with The Disaster Artist project. “Tommy, how do you feel about me playing Greg Sestero in the movie?” Dave asked Wiseau.

After the crowd erupted into cheers, Wiseau said, “That’s what I say: It’s a good choice!” Later in the question-and-answer session after the screening, Wiseau made fun of Dave Franco’s recent movie Neighbors, starring Rogen and Zac Efron, as Wiseau is in the process of making his own film titled The Neighbours, and did a terrible impression of the older, more famous Franco. James Franco then posted a photo on his infamous Instagram account of Dave posing with Tommy Wiseau.

Last month on the Sirius XM radio show Opie & Anthony, Seth Rogen revealed that Franco’s Rabbit Bandini productions had optioned the rights to the memoir and that the two were collaborating to make a film about the making of The Room in which Franco would both direct and play Wiseau. Rogen talked about why the film that has been called “the Citizen Kane of bad movies” has shown such lasting appeal and continues to have screenings around the country more than 10 years after its release.

“It’s your instinct to just say, fuck this movie, it’s a horrible piece of shit, why would you do this? What an idiot. But it’s kind of, what you can’t ignore is that there’s tons of bad movies that aren’t watchable and that like no one watches over and over and over again. So there is something you kind of have to give credit to, because of all the shitty movies [Wiseau] made one that like people still watch 10 years later. … There is something oddly brilliant about it,” Rogen said. Franco certainly thinks there will also be something oddly brilliant about his film version of the making of The Room, as well.

A lover of all things bizarre, James Franco expressed interest in The Room and The Disaster Artist in an article about the book he wrote for Vice in December. He says of Wiseau in the article: “He, like so many people with stars in their eyes, sees film not only as a medium of expression, but the gate to acceptance. It is the place where his work will find like-minded people who will learn to love him through his work, not only because of it. This is the hope of most artists, and the book turns Tommy’s sometimes ridiculous struggle into a paradigm for those wishing to be creative in a world where it is usually too hard to be. In so many ways, Tommy c’est moi.”