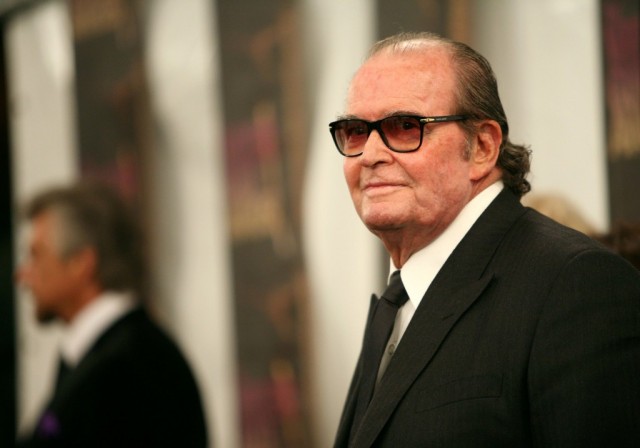 Accomplished actor of the big and small screens James Garner passed away on Saturday night at his home in Los Angeles at the age of 86. The actor best known for his roles on the 1950s Western television series Maverick and the 1970s detective show The Rockford Files died of natural causes, his publicist told The New York Times.

Condolences have been flooding in from the many actors who worked Garner over the course of his 50-year career in Hollywood. “My heart just broke,” Sally Field told The Hollywood Reporter in a statement. “There are few people on this planet I have adored as much as Jimmy Garner.” Others shared their memories via Twitter.

RIP James Garner. Admired by all who knew him. When starring in Grand Prix the people around F1 said he had the talent to be a pro driver

Comedy, drama. Movies and TV movies. Did series when it wasn’t cool and made them iconic. Never stooped to “acting! ” James Garner: my hero. — Rob Lowe (@RobLowe) July 20, 2014

I had the honor of working with #JamesGarner many years ago. Such a gracious man. May he rest in peace. #anothergreatonegone #RIPRockford

Garner was nominated for an Academy Award for his role opposite Sally Fields in the 1985 romantic comedy Murphy’s Romance and won an Emmy in 1974 for his role as the tough-but-funny detective Jim Rockford. Garner was from the Hollywood stock that lived to work, playing a huge variety of roles across movies and television.

Garner’s career began with the Western comedy series Maverick, on which he played the gambler Bret Maverick between 1957 and 1960. He left the show in 1960 after a dispute with Warner Bros. and launched a successful film career during the 1960s. Garner starred in The Children’s Hour with Audrey Hepburn and Shirley McClaine, The Thrill of It All and Move Over, Darling with Doris Day, The Great Escape with Steve McQueen, and The Americanization of Emily with Julie Andrews.

In the 1970s, television writer Roy Huggins had the idea to recreate the successful Maverick in a modern private detective setting, resulting in the series The Rockford Files. His work on the show earned Garner a reputation as one of the hardest-working actors in Hollywood, as he stayed after long hours on the set and worked through injuries received from performing his own stunts. Rockford was in part a parody of the typical noir private eye, a tough guy who ended up taking more punches than he gave. “An understated comic actor, he was especially adept at conveying life’s tiny bedevilments,” said the NYT obituary.

In recent years, Garner has continued working, most famously playing the older version of Ryan Gosling’s character in the beloved 2004 romance The Notebook. Garner also published his memoirs in 2011. He is survived by his wife, Lois Clarke, their daughter, Gretta, and Lois’ daughter from a previous marriage, Kimberly.