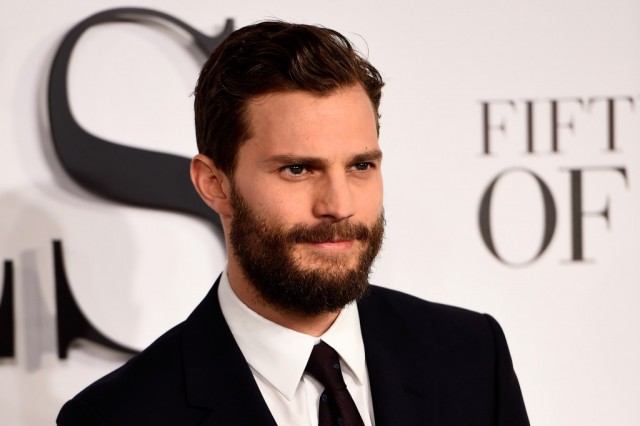 Fifty Shades of Grey star Jamie Dornan is picking up projects to keep himself busy before returning to the record-breaking franchise that has made him famous. The actor seems to be interested in distancing himself from romantic comedies and dramas in what’s probably a smart move to stop from being typecast in material he doesn’t seem to enjoy too much. His next two projects are going to be about as far from Fifty Shades as he can get, as Dornan will be starring in two war dramas.

The Hollywood Reporter said that it has been announced that Dornan will star in the World War II thriller Anthropoid alongside Cillian Murphy. Anthropoid will be about the real-life mission to assassinate the man thought to be Hitler’s second-in-command. Reinhard Heydrich was a terrifying S.S. officer with the nickname “the Butcher of Prague,” considered to be the natural next-in-line to lead the Third Reich. Two Czech soldiers were sent in to their home country via parachute to complete the dangerous mission of ending Heydrich’s life so that he couldn’t succeed Hitler.

THR reports that Anthropoid has some strong talent lined up behind the camera, as well as in front of it. The Academy Award and BAFTA-nominated director Sean Ellis will direct from a script that he wrote alongside Anthony Frewin. The movie will begin production this summer in Prague.

Anthropoid is in addition to the upcoming Netflix movie Jadotville, announced last month, which is also a war drama in which Dornan will star. Jadotville is about the 1961 siege of an Irish U.N. battalion by 3,000 Congolese troops, led by French and Belgian mercenaries working for mining companies. The Irish actor will play Irish commander Patrick Quinlan, who led his troops against the Congolese forces without losing a single man. Guillaume Canet will co-star as a French commander and Richie Smyth will direct.

Both projects are about as far as Dornan can get from playing the dominant billionaire Christian Grey. That might be a good thing for the actor’s career. While Fifty Shades has smashed box office records and brought in $147 million domestically thus far, according to Box Office Mojo, the movie has gotten terrible reviews, with a 24% rating on review aggregator Rotten Tomatoes.

Rumors have even been going around that Dornan wouldn’t return for the inevitable sequels to Fifty Shades, with reasons cited including his wife’s disapproval over the erotic material, him and co-star Dakota Johnson’s mutual dislike of each other, and his anger over Johnson receiving better reviews for her performance. Dornan’s rep released a statement squashing those rumors and assuring fans (and the studio) that Dornan would indeed be coming back for those money-making sequels, but it seems the actor wants to distance himself from the role of Christian Grey. Making Anthropoid and Jadotville before Fifty Shades Darker and Fifty Shades Freed is certainly a good start at accomplishing that.