Jared Leto is playing Hugh Hefner in a new biopic, though he did not have a chance to meet the Playboy founder before his death.

The Hollywood Reporter broke the news on Tuesday, reporting that Leto has landed the role of Hefner in an upcoming biopic directed by Brett Ratner (Rush Hour, X-Men: The Last Stand, Tower Heist). According to this report, Brett Ratner invited Jared Leto to a party at the Playboy Mansion back in April, which was held to celebrate Hefner’s 91st birthday as well as the premiere of the Amazon documentary American Playboy: The Hugh Hefner Story. But Hefner was in ill health and was not able to greet his guests.

However, Ratner told The Hollywood Reporter that he’s confident Leto will do a fine job with the material even without having met Hefner.

“There’s enough footage on Hef out there that Jared will be able to get as much information as he wants,” Ratner said. 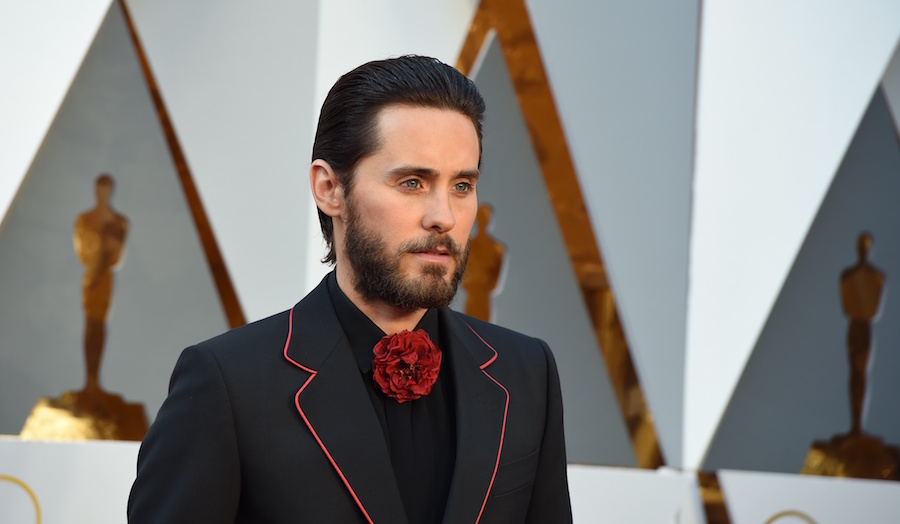 Ratner also said that when he purchased the rights to Hugh Hefner’s story, Leto, a personal friend, approached him and said he wanted the role, explaining, “I want to play him. I want to understand him.”

This biopic about Hugh Hefner has been in development for years, long before his death last week at the age of 91. In fact, Ratner has been planning to direct the movie since 2007, with Robert Downey Jr. at one point being in talks for the role. The film has moved around between studios since then and now seems to be moving forward at Warner Bros. Apparently, Ratner has known that Leto would play Hefner at least since that party in April.

Jared Leto has been acting professionally since the 1990s, mainly playing supporting roles through the 2000s. In 2013, his performance in Dallas Buyers Club earned him the Academy Award for Best Supporting Actor. He went on to star as The Joker in Suicide Squad, but that film was not well received and his performance was criticized as well. Leto also earned a significant amount of negative press due to stories about his method acting on set, which involved sending his co-stars bizarre gifts like live rats and condoms. Leto has since suggested that many of the reports about his on-set behavior were not true, although the majority of them came directly from him and his co-stars.

This weekend, Leto stars alongside Harrison Ford and Ryan Gosling in Blade Runner 2049. On the horizon, Leto is expected to return as The Joker in future DC movies, and he’s also set to star as Andy Warhol in an upcoming biopic.