Jared Leto says that a lot of the reports about his method acting on Suicide Squad were incorrect and that the whole cast actually liked the weird gifts he sent them in character as The Joker.

When Suicide Squad was released last summer, there was a tremendous amount of coverage about the fact that Jared Leto stayed in character as The Joker and sent strange, disturbing gifts to his co-stars. But now Leto says that the idea that this is something that freaked out and disturbed his co-stars is untrue.

“I gave wrap gifts to everyone, and on set, we were all laughing, and people were thrilled to give them,” Leto said in an interview with Entertainment Weekly. “They were given, like, whatever The Joker would give was the idea. I didn’t even really put them together, basically, it was my team and my assistant, and we were all having fun with it. And it was really touching at the end of the set to go and give the gifts, and we would film it and stuff, and people would open up, and they would laugh…”

Leto went on to say that the whole thing was “in good fun” and “lighthearted.” In this same interview, he also took issue with reports that he sent used condoms to his costars on the Suicide Squad set.

“Some of the stuff just took on a life of its own, and most of it was total bullsh*t,” he said. “There were some things that were mentioned about gifts and the fact that I was giving used condoms to people, which was not true. It was not true.”

Director David Ayer later said that the condoms were “used” only in the sense that they were removed from their packaging.

“Look, they weren’t used condoms,” Ayer told Billboard. “Let’s be real here. They’re removed from their packages, but it wasn’t actually used. And, of course, I was mortified. Like, ‘Jared, put that stuff away — get that out of here, what are you doing?’” 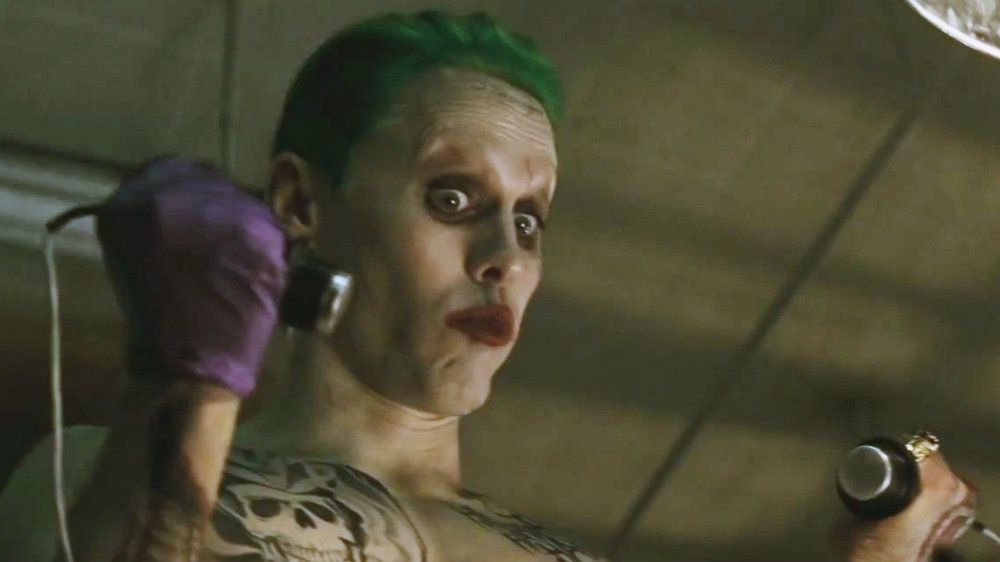 The cast has also confirmed that Jared Leto sending weird gifts extended beyond just the wrap presents that he describes in this Entertainment Weekly interview. Will Smith said, for example, that Leto had a dead pig sent to the whole cast.

“What he did that’s great is he set the bar,” Will Smith told MTV. “First we found out that Jared wasn’t going to be in rehearsals, and we were like, ‘That’s messed up! How is he not going to be in rehearsals?’ And then there was a bag on the door, and this dude barges in and throws a dead pig on the floor in front of us…We’re like, ‘OK. Jared has officially set off the Suicide Squad. He went full Joker.'”

Margot Robbie has also said that Leto sent her a live rat. The idea that Jared Leto sent strange gifts to his costars is certainly not just an Internet rumor, then, but Leto feels that the reports made it sound like he was harassing his fellow actors whereas he says it was all lighthearted and fun. There was at least one coworker of Jared Leto who wasn’t a fan of his shenanigans, though: Viola Davis, who received a box of bullets from him.

“It was a little worrisome,” Davis told E!. “It made you a little bit nervous and I’m pretty tough. You know I got into a few fights when I was growing up…but it scared me a little bit…Before that I was only introduced to The Joker…and I almost had my pepper spray out.”