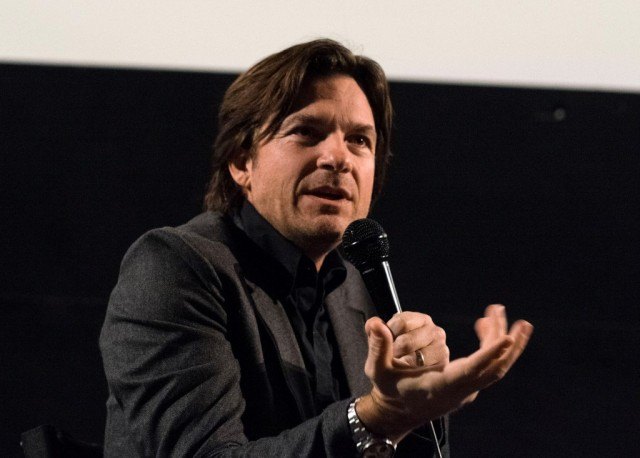 Jason Bateman is making his return to television, this time in a much darker role. The Arrested Development star has reportedly signed on to produce, direct, and star in a developing new crime drama, Ozark.

According to Deadline, specific details about the project are being kept tightly under wraps, but it’s said that the hour-long show will be centered in the dark and perilous world of drug money laundering. The series, created by writer Bill Dubuque (The Judge), takes its name from the location where it’s set, the Lake of the Ozarks in Missouri.

In addition to starring in the project, Bateman will also serve as director and will reportedly be closely involved in establishing the creative vision for the series, along with Dubuque. The two will also co-executive produce the series alongside Mark Williams. While Ozark doesn’t have a network attached just yet, the show is expected to be taken out and shopped around to premium cable and digital outlets soon.

The show will mark a darker turn for Bateman, who is best known for comedic fare, including his starring role as the snarky Michael Bluth on Arrested Development. It will also signify a notable return to the small screen for the actor, who — other than reprising his role for Netflix’s revival of Arrested Development in 2013 — has been largely focused on feature films in recent years. The star has seen rising popularity, thanks to leading turns in comedies like Horrible Bosses, The Change Up, and Identity Thief.

While Bateman is best known for funny flicks, the actor seems to be making an effort to delve into more dramatic fare lately. He starred in the family drama This is Where I Leave You in 2014. Most recently, he appeared in the psychological thriller The Gift, which earned strong reviews in its debut this summer.

Aside from marking his latest dramatic role, Ozark will also be Bateman’s latest foray into directing. The actor has been going behind the camera for more of his projects in recent years. He made his feature directorial debut with the 2014 black comedy, Bad Words. His next big screen directorial effort is the comedy drama The Family Fang, which is based on the 2011 novel of the same name and garnered critical praise at the Toronto Film Festival in September.

Bateman also has previous experience directing for the small screen. He’s helmed several episodes for various TV shows, like Brother’s Keeper, For Your Love, and Do Not Disturb. He also directed the episode, “Afternoon Delight,” for Arrested Development in 2004. But Ozark will be his most ambitious TV project to date as Bateman will have a big part in shaping the direction of the series, both on- and off-camera.

The project is reportedly looking to kick off production in spring 2016, so audiences can likely expect more details on Ozark sooner rather than later. In the meantime, Bateman will lend his voice to a character in Disney’s upcoming animated action adventure, Zootopia, which is set to hit theaters on March 4, 2016.