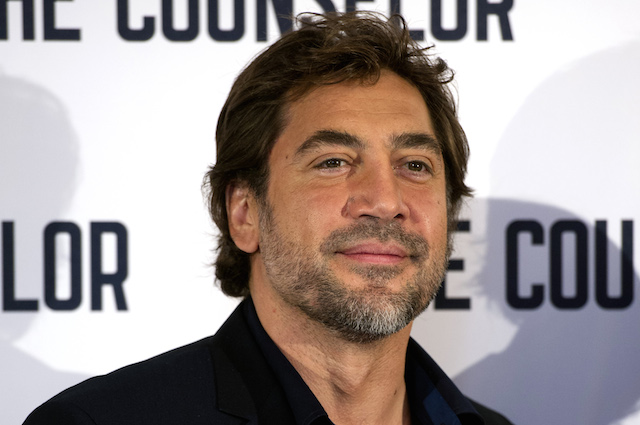 It’s been announced that Spanish actor Javier Bardem is in talks to star alongside Johnny Depp in the fifth installment of the Pirates of the Caribbean franchise. Bardem is best known for playing villainous roles, including the depraved serial killer that won him an Oscar in the Coen brothers’ Cormac McCarthy adaptation No Country For Old Men. He’ll probably play a bad guy in Pirates of the Caribbean: Dead Men Tell No Tales, as well: Sources who spoke to Variety said that he’s looking at the role of a ghost pirate who will clash with Captain Jack Sparrow. Bardem’s wife, Spanish actress Penélope Cruz, was in the last Pirates movie, On Stranger Tides, playing Jack Sparrow’s rival pirate and former lover Angelica.

Here’s a look at some of Bardem’s most important and memorable movie roles, both villainous and otherwise. 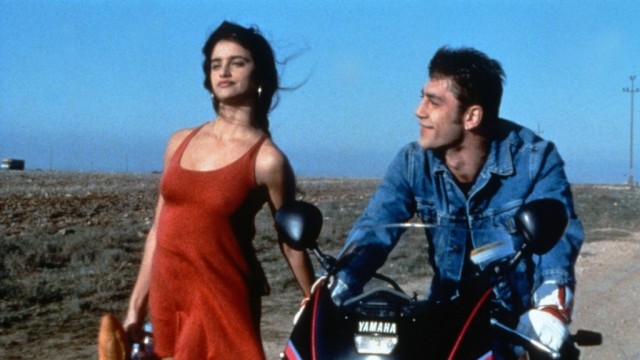 This Spanish film by director Bigas Luna was a breakout international success for both then-23-year-old Bardem and then-18-year-old Cruz. The dramedy is both an allegory for Spain and a film obsessed with puns and wordplay, particularly in regard to sex and food. In the movie Bardem plays an underwear model and bullfighter who is commissioned to ruin the relationship between Cruz’s character and her fiancé. Though she at first resists his advances, as her fiancé continually puts off their wedding due to pressure from his family, she and Bardem’s character end up falling for each other. 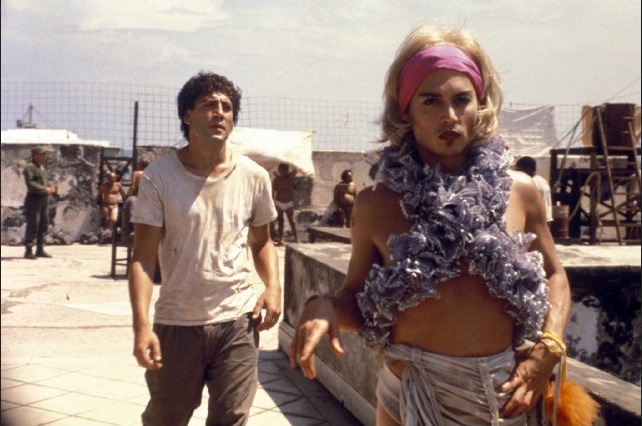 Bardem’s starring role in this 2000 biopic about the gay Cuban writer Reinaldo Arenas made him the first Spaniard to ever be nominated for an Academy Award. The film co-stars Johnny Depp and is based on Arenas’s autobiography. In order to prepare for the role, Bardem spent time with Arenas’s partner Lazaro Gomez Carriles learning how Arenas walked and talked. The film follows Arenas’s struggles as he came of age and discovered himself both artistically and sexually in the oppressive political and cultural climate of Cuba during the ’60s and ’70s. After being arrested several times, Arenas finally made it to the United States in 1980, only to be diagnosed with AIDS several years later. He died of the disease in 1990. 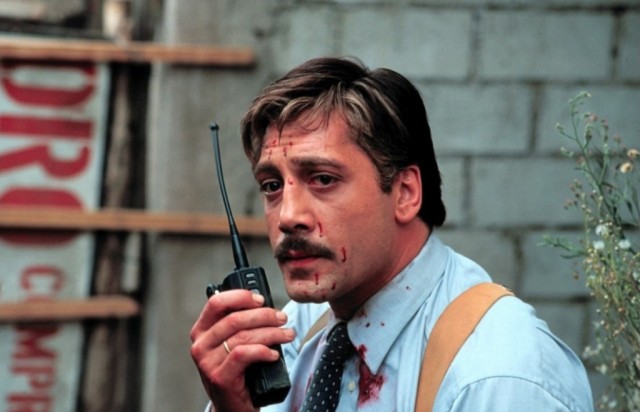 John Malkovich’s 2002 directorial debut gave Bardem his first chance to work in English. Bardem was given a role in the film before he did Before Night Falls, but The Dancer Upstairs was what really motivated him to learn English in order to work outside his home country. “John came to me five years ago with this project, and I was shocked, because at that time nobody knew me out of my country and it was, ‘What is this guy doing, talking to me in Spain? I can barely say anything in English and he is giving me this role that I cannot even read!’ He was like, ‘No, I want you. Don’t worry, you will learn English, you will do it,’” Bardem told the BBC. In the film, Bardem plays a detective following the Marxist guerrilla president of an unnamed Latin American country who falls in love with the ballet teacher of his young daughter.

4. No Country for Old Men 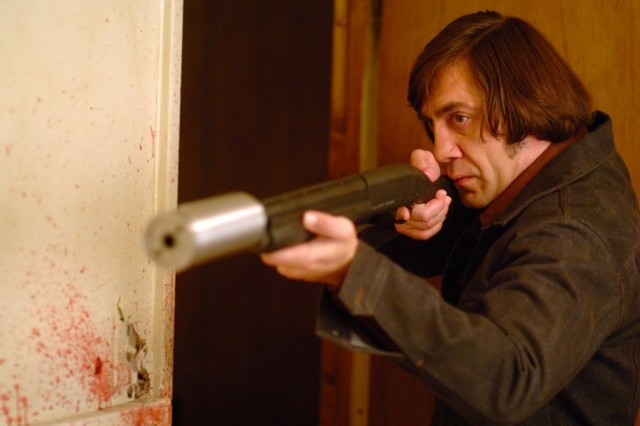 The Coen brothers’ brutal take on Cormac McCarthy’s novel made Bardem the first Spanish actor to win an Oscar for his scary portrayal of the sociopathic hitman Anton Chigurh. The violent neo-Western movie also earned the Coen brothers Oscars for Best Picture, Best Adapted Screenplay, and Best Director, and it’s considered the iconic duo’s finest film. Chigurh is a terrifying character who’s obsessed with the concepts of fate and chance, giving his victims the opportunity to live if they win a coin toss with the bone-chilling trademark phrase, “Call it, friendo.” The character has been voted one of the most vile villains in movie history. 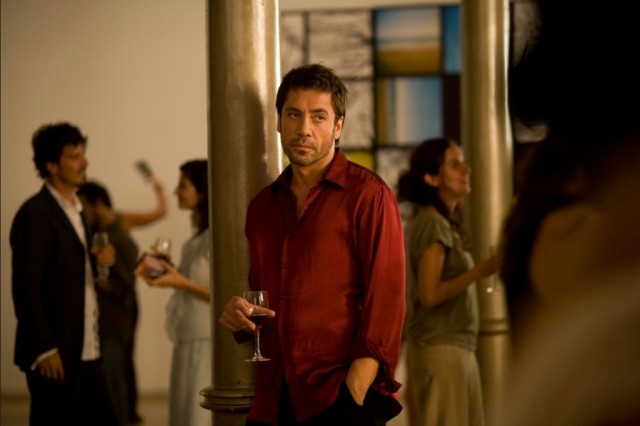 Woody Allen’s tribute to Spain sees Bardem playing a character very different from Anton Chigurh. Bardem plays the sexy Spanish painter Juan Antonio, who attempts to seduce both of the movie’s titular American tourists, Vicky and Cristina, while the pair are vacationing in Spain for the summer. He succeeds at first with Cristina, the chronically dissatisfied artistic type played by Scarlett Johansson, though their romance is interrupted by the suicide attempt of his tortured genius ex-wife María Elena, played by Penélope Cruz. Cruz ended up being the first female Spanish actress to win an Oscar for her role as the fiery and tempestuous painter. Vicky Cristina Barcelona was also responsible for reuniting Bardem and Cruz after they starred in Jamón, Jamón together at the very beginning of their careers. The couple is now married with two children. 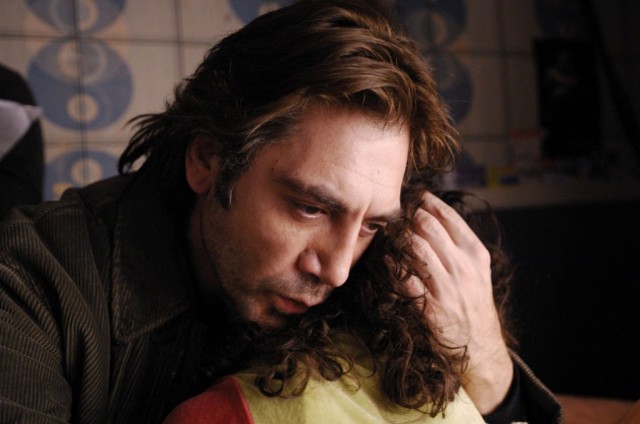 Mexican director Alejandro González Iñárritu (of Birdman fame) wrote Biutiful with Bardem in mind, and it resulted in his third Academy Award nomination and second nomination for Best Actor. The movie sees Bardem returning to his native language to play Uxbal, a single father raising his two young children in Barcelona who has the ability to speak to the dead. After he’s diagnosed with terminal prostate cancer, Uxbal must find someone to take care of his son and daughter when he dies, which is a difficult task for an orphan who’s estranged from the alcoholic bipolar mother of his children. The film is bleak but was widely praised by critics and other filmmakers. 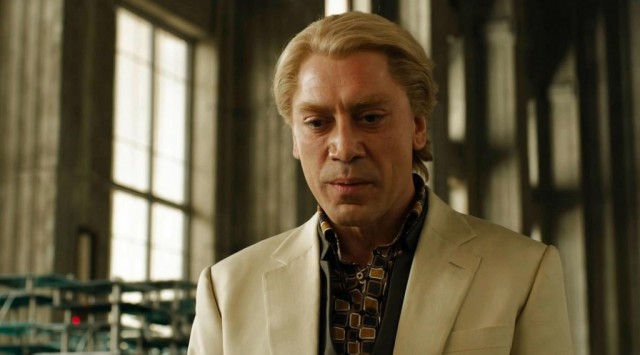 The 23rd Bond film sees Bardem playing the rogue agent Silva from MI6 who’s gone to the dark side and fallen into cyberterrorism as a way to get revenge on MI6 and the head of the spy organization, M (played by Judi Dench), in particular. Silva is a savvy hacker who is able to use the techniques he learned at MI6 against the organization itself. Director Sam Mendes had Bardem in mind to play the villain of Skyfall all along and had to lobby hard to get the actor to accept the part. Bardem’s performance was so successful that Mendes considers Silva to be one of the great Bond villains. “Silva’s up there with the greats, for me, and that’s why I worked very hard to persuade one of the great actors of the world to do it,” he told Empire magazine in 2012, when the the movie came out.