Last weekend, Jaws celebrated its 40th anniversary. Around the country, movie theaters celebrated with a temporary re-release, giving fans both old and new another chance to see the epic film another time on the big screen

This milestone also gave critics and film historians a chance to reflect on the industry-changing movie. Jaws didn’t just make filmgoers afraid to go in the water, or give birth to one of the most misquoted taglines of all time. It made film history in more ways than one. Jaws set precedents in Hollywood, and changed the way the industry did business. It also changed the way people in America go to the movies, and introduced one of our most prolific and talented directors to the world. While Jaws’ box office records have long-since been surpassed, its mammoth effect on Hollywood is still felt today. 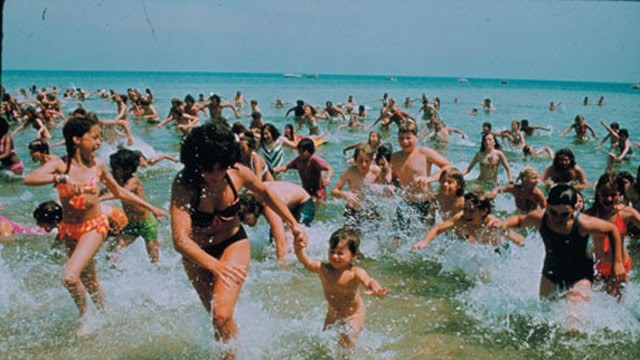 Before Jaws, film distribution companies worked on a much different schedule. There were rarely big opening weekends, and few mass-market media campaigns to draw attention to upcoming releases. Instead, movies  usually opened in a few cities, then slowly rolled out to theaters around the country.

Jaws changed all of that. Universal Pictures put on an aggressive television marketing campaign to build excitement, and then opened the film nationwide in over 400 theaters. The results were instantaneous — eager moviegoers lined up around the block to see what all the excitement was about. They loved the movie — and they told their friends. It grossed $7 million in its first weekend, breaking records and adding to its historic hype. Soon, the film expanded to more theaters, and within weeks Jaws was a bonafide success. Its earnings at the box office were so significant, analysts even coined a new term — “blockbuster.” After Jaws’ monumental success, most film companies were eager to replicate its rollout strategy.

Jaws owes at least part of its success to timing. When it hit theaters in June 1975, people were ready for some summer excitement. With sweltering heat and bored schoolchildren on break, it’s not a surprise that millions of people flocked to cool movie theaters. Universal tapped into something when it chose to release Jaws — and other studios started to test the waters for summer scheduling.

Streamlining the way they released films gave Hollywood distributors a chance to strategize and get the most bang for their buck. By focusing their energies around the summer season, they were able to build up maximum excitement for the films they released between Memorial Day and Labor Day. In turn, fans learned to anticipate summer movies, because they knew studios were saving their biggest and most exciting features for those long summer days. 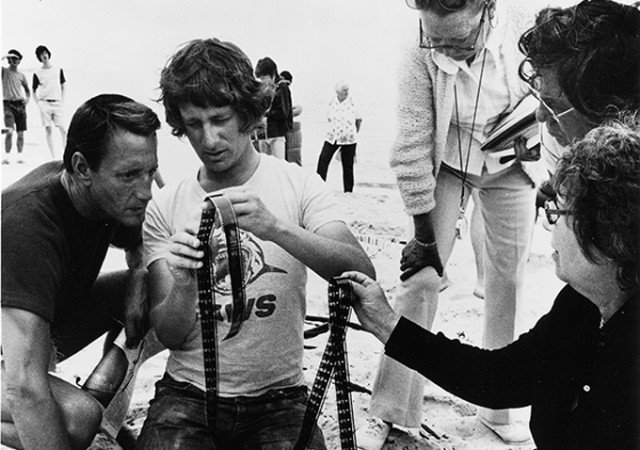 Many members of the cast and crew of Jaws, including Roy Schneider and Richard Dreyfuss, enjoyed considerable success after the film’s release. But by far, its biggest winner was the film’s director, Steven Spielberg. Prior to the film’s production, Spielberg was an ambitious and talented director who worked mostly on television. He got his big break directing Jaws — and despite a storied, grueling shoot and threats of production shut-down due to budgeting concerns, he managed to deliver a finished film that delighted both his bosses, and audiences at large. Spielberg’s success with Jaws made him one of the most sought-after directors in Hollywood. He lived up to the hype, and over the past four decades he’s helmed some of our most beloved films, including E.T., Saving Private Ryan, Schindler’s List, Jurassic Park.